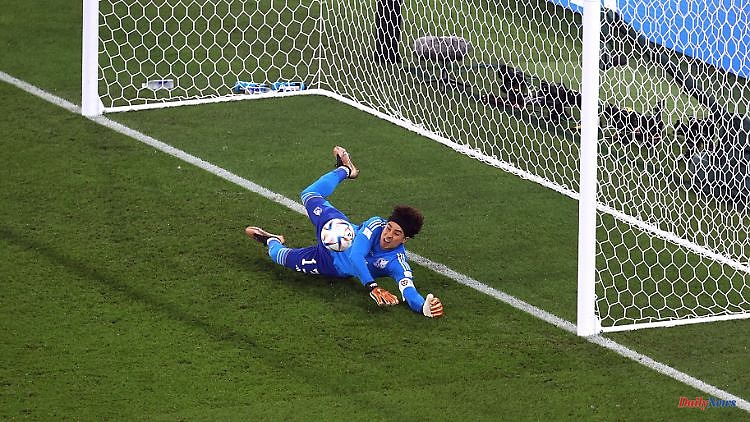 2014 against Neymar, 2018 against the overwhelmed world champion Germany, 2022 against Robert Lewandowski: Mexico keeper Guillermo Ochoa shines regularly at the World Cup. The fans in the stadium are completely freaking out. And the 37-year-old lets himself be carried away by the euphoria.

Tens of thousands of Mexicans celebrated him as a hero, ex-teammate Oribe Peralta even compared him to a saint in a photomontage: World Cup specialist Guillermo Ochoa shone again right at the start of his fifth final tournament and won the direct duel with world footballer Robert Lewandowski. The 37-year-old saved a penalty kick from the former Bayern superstar (58th) at Doha's 974 stadium on Tuesday, which he had taken out himself, giving Mexico a point in the goalless draw against Poland.

"For days like these, every sacrifice is worth it," wrote a euphoric Ochoa on social networks. The classy performance of the veteran and leader joins other memorable Ochoa performances at the World Championships. Four years ago he was strong in a 1-0 win against Germany, eight years ago he drove World Cup hosts Brazil to despair with Neymar in a 0-0 draw. "We know Memo is one for the important moments, he's proven that at every World Cup. Today he did it again," said team-mate Henry Martin.

When Ochoa saved the Lewandowski penalty this time, there was a ludicrous racket in the stands at the Doha Port Stadium. "I want to thank the fans. We know they're crazy about the national team. We have to keep giving everything. It feels like a home game here," he said at the press conference, to which he proudly presented his trophy as the best player in the national team game brought. "I love the World Cup," he said. According to FIFA, around 90,000 Mexicans were traveling around the stadium. Hours before the game, fans dressed in green dominated in front of the arena and in the Doha metro.

However, behind the next wonderful chapter in the history of World Cup hero Ochoa is not only great emotion and euphoria, but also intensive preparation. "We've been working on that for the last few weeks with goalkeeping coach Gustavo. It's always difficult with a penalty from Lewandowski. You look at 15-20 penalties from him and you don't know which side to choose," said Ochoa.

When the doldrums became a curse, Lewandowski tore his hair in disbelief. The Pole remains a world footballer without a World Cup goal. "I decided to shoot flat, unfortunately it didn't work out," said Lewandowski and was otherwise taciturn about his failed attempt: "I can do it better." He now has to score against Saudi Arabia on Saturday. Against the team that had previously embarrassed the top favorites Argentina.

For this, the superstar of the Poles, who are already under great pressure in the fight for the round of 16, must improve significantly. Lewandowski practically didn't play in the first half, but the striker also had a difficult time - not only against the Mexican defenders. The almost 20,000 fans of El Tri whistled the exceptional player particularly loudly, otherwise cheered on their team passionately - and escalated when their hero had once again driven his opponent to despair. 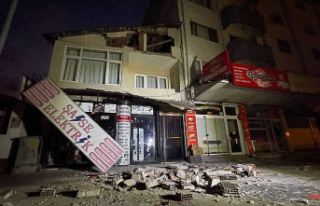 Man jumps from balcony in panic: Earth trembles in...