Before the final of the Champions League, there are chaotic scenes: fans try to get into the stadium without or with forged tickets, the police react sharply, the kick-off is delayed. 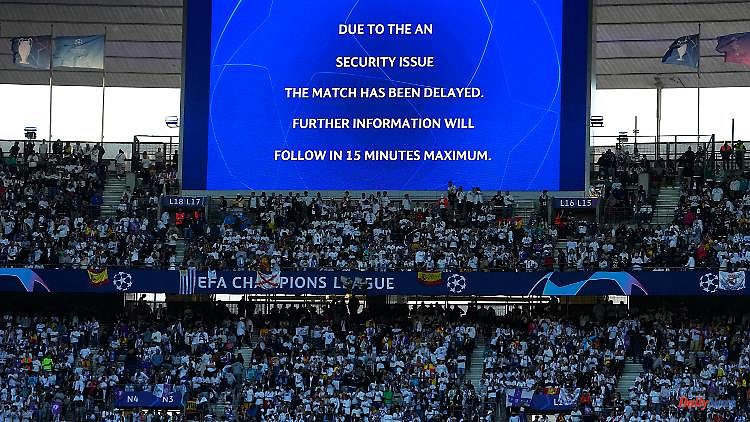 Before the final of the Champions League, there are chaotic scenes: fans try to get into the stadium without or with forged tickets, the police react sharply, the kick-off is delayed. Blame is on between France and England.

Liverpool Mayor Joanne Anderson has called the French police's crackdown on British fans at the Champions League final in Paris "extremely disgusting". The police acted "really brutally" and the way the football game was organized was "chaotic," Anderson, who was in the stadium herself, told the BBC on Monday. Liverpool supporters should be given an apology. "Our fans have been stereotyped in terms of their behavior. I get angrier and angrier the more stories I hear," Anderson said. "Fans need to be treated with more respect."

Earlier, the mayor announced that she would ask British Foreign Secretary Liz Truss for answers from UEFA and French President Emmanuel Macron to investigate the incidents. "It's a shame to blame the fans," Anderson tweeted.

There was also sharp criticism of the incidents from the British government: "I was appalled by these pictures of the French police using pepper spray against fans, including children and the disabled," said Secretary of State Chris Philp Sky News. "And from the images I saw, there was no apparent justification for that type of behavior." The European football union UEFA must urgently investigate this approach, Philp demanded from the culture ministry responsible for sport.

The police in Paris registered more than 100 arrests and 230 injuries around the final between Liverpool FC and Real Madrid. UEFA explained the chaos at the entrance to the large number of fans without valid tickets. The turnstiles at the entrance for Liverpool fans were blocked because thousands of supporters with fake tickets could not go through them.

France's sports minister, Amélie Oudéa-Castéra, put the blame primarily on British football fans. 30,000 to 40,000 had crowded the Stade de France without a ticket or with counterfeit tickets and had caused massive security problems there, the minister told RTL in Paris. It still needs to be clarified where the counterfeit tickets came from in such large numbers. The minister also accused Liverpool FC of not taking good care of their fans like Real Madrid and leaving them to their own devices. The minister regretted the use of tear gas, which also affected uninvolved fans, families and children.

Liverpool MP Ian Byrne was appalled. "We're back in time to 1989 when lies and slander about Hillsborough spread very quickly and that narrative was set," Byrne told Sky News. The 1989 Hillsborough disaster killed 97 Liverpool fans and injured hundreds when too many supporters poured into a block during the FA Cup semi-final match between Liverpool and Nottingham Forest at the Hillsborough Stadium in Sheffield. The police blamed hooligans. But later it became known that the security forces had made serious mistakes.

Labor politician Byrne said he was "completely appalled" at the final in Paris. "There were people who had been waiting (to get in) for three and a half hours, who were surrounded, who were pepper sprayed and tear gas used - this was a football event," said the politician. "UEFA and the French authorities should be ashamed of what happened on Saturday night." Liverpool lost the final against Real Madrid 0-1.

1 Registration soon at full speed: France is dismantling... 2 Suspicion of rape: Two Germans arrested in Mallorca 3 9-euro ticket a chaos ticket?: EVG: Train and platform... 4 Accounts are discontinued: Mercedes-Benz-Bank: No... 5 Not for all regional trains: 9-euro ticket causes... 6 Brilliant white smile?: The best tips against yellowing... 7 Discount at the pump?: You need to know that about... 8 Buy in advance: how many gas cylinders are allowed... 9 "I'm no longer in pain": Schotte gets... 10 Saxony: Renovation of the "Grüner Graben"... 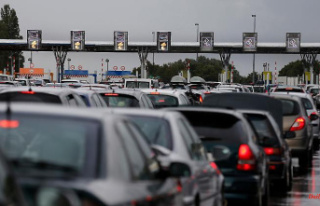