IN IMAGES, IN PICTURES. End clap for the Tokyo Games, Paris 2024 sends its invitation card

A few sax notes from outer space, BMX on the rooftops of Paris and breaking on the Place du Trocadéro: the Olympic stadium in Tokyo took on Parisian accents this Sunday for the clap of the end of the Olympic Games which marks the passage of relay for Paris in 2024. 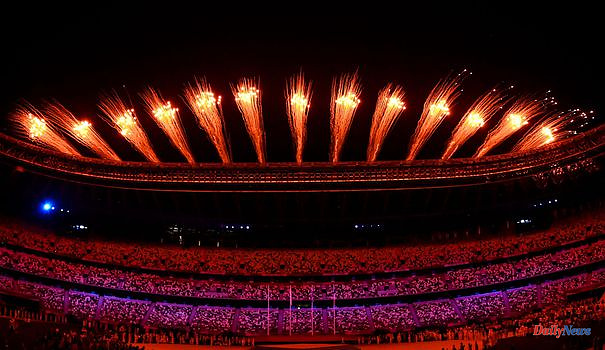 A few sax notes from outer space, BMX on the rooftops of Paris and breaking on the Place du Trocadéro: the Olympic stadium in Tokyo took on Parisian accents this Sunday for the clap of the end of the Olympic Games which marks the passage of relay for Paris in 2024.

In this stadium, still without an audience, and in the presence of Crown Prince Akishino, the athletes paraded after more than two weeks of competition. Surrounded by the Covid, Japan ensured unprecedented Olympics, complicated to organize, without a hitch.

So on Sunday evening, the music rang out, the flame burned, the fireworks broke out, the bodies danced, before the symbolic handover took place at the end of the evening between Tokyo and Paris.

Fireworks around the Olympic Stadium during the closing ceremony of the Tokyo 2020 Olympics, seen from outside the venue

As required by protocol, Anne Hidalgo, the mayor of Paris, the host city in three years, received the Olympic flag from the hands of the governor of Tokyo, Yuriko Koike, in traditional dress, through the intermediary of the president of the International Olympic Committee. , Thomas Bach, and will bring it back to Paris on Monday.

Arrival on the French tarmac is scheduled for early afternoon. "Perhaps for the first time in the history of Olympism, a handover between two women", had launched the mayor the day before, received at the seat of the metropolitan government.

Paris then sent "its invitation card".

The Patrouille de France flies over the village of Trocadero fans in front of the Eiffel Tower, in Paris

First the re-orchestrated national anthem, with images of the Stade de France, of the Vert Galant square at the end of an island in the Seine... and as a surprise guest: Thomas Pesquet. The astronaut has indeed taken out his sax from the International Space Station (ISS) to play the last notes of La Marseillaise.

Then a catchy original soundtrack made by the electro artist Woodkid, and the Orchester National de France as well as the Maîtrise de Radio France, for a clip with a BMX rider surveying the rooftops of Paris.

At the same time as the Tokyo ceremony, Woodkid gave a concert at the Trocadéro where festivities take place on Sunday afternoon in Paris.

Mise en abyme in Tokyo: the images of this Parisian party showed, in the Jardins du Trocadéro, the French medalists, the judo champions Teddy Riner and Clarisse Abgégnénou in the front row, to promote these Games which will be held in Paris from July 26 to August 11, 2024.

Small setback, the giant flag which was to be hoisted at the top of the Eiffel Tower, as a banner for the handover, could not be done because of "weather hazards", and replaced on the screens by a video montage . On the other hand, the patrol of France has coated its blue, white, red smoke well around the Eiffel Tower. "See you in Paris", launched the IOC President, Thomas Bach. One hundred years after the 1924 Games.

1 "Maybe it wouldn't be bad if the Documenta... 2 Weight reduction: Hula hoop fitness in trend: This... 3 Italy's most famous restaurant survived a world... 4 Conference League: Because of Russia's support:... 5 William and Harry's former nanny: BBC pays compensation... 6 Elisabeth of Belgium: She shines when she performs... 7 Matzneff case: the hotel of the writer searched in... 8 Tax cut: More salary in the account: In July, almost... 9 A magistrate files a complaint against Gaspard Glanz... 10 Person of the week: Guardian of the German gas supply:... 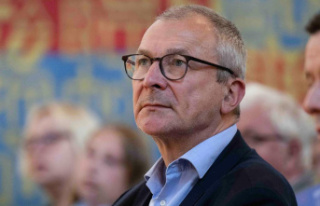 "Maybe it wouldn't be bad if the Documenta...