US basketball player Griner has been in custody in Russia for months. 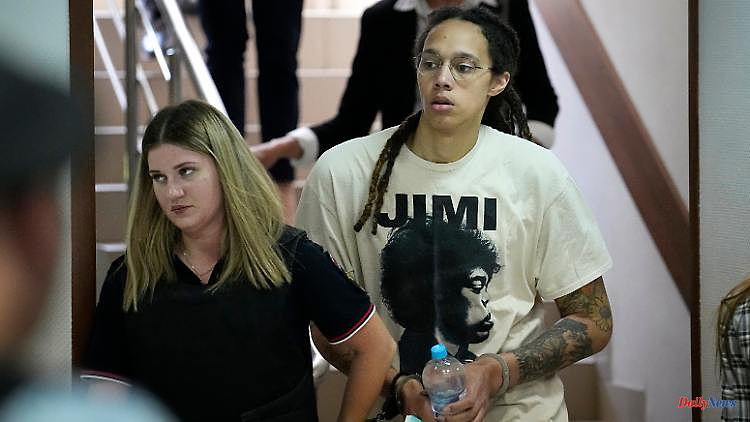 US basketball player Griner has been in custody in Russia for months. You could face up to ten years in prison for possession of cannabis oil. Out of desperation, she personally wrote a letter to US President Biden for help - with success.

The case of US basketball player Brittney Griner, who was arrested in Russia for an alleged drug offense, remains explosive. After the Russians defended their charges and at the same time brought up the possibility of a pardon, US President Joe Biden intervened personally. As the White House announced, Biden agrees to try to get the Olympic champion released soon.

In a phone call, he offered his support to Brittney Griner's wife, Cherelle Griner, and promised that the US government would do whatever it takes to bring Griner home and "obtain Brittney's release as soon as possible." Biden also read Cherelle Griner a draft letter he will send to Brittney Griner. US Vice President Kamala Harris also took part in the conversation.

Griner recently personally asked US President Joe Biden for help. The 31-year-old's environment distributed excerpts of a letter at the beginning of the week when the national holiday was celebrated in the USA. The White House acknowledged receipt of the letter.

"Attempts to present the case as if the American woman was arrested unlawfully do not stand up to criticism," Russian Foreign Ministry spokesman Alexei Zaitsev said in Moscow. "The law has been broken." The diplomat said it was a "serious breach of the law" by the 31-year-old, who could face up to ten years in prison. At the same time, he said that after a conviction, Griner was free to contest the judge's verdict or to write a petition for clemency.

Anyone in Russia who applies for a pardon from the Russian President must also admit their guilt. Griner has been in custody for four and a half months, which was last extended until December 20th. The Olympic champion is accused of possession of drugs, her trial began on Friday. She had also sent a letter to US President Joe Biden asking for help, who has now responded.

Washington criticizes that Griner is wrongly detained. Moscow, on the other hand, rejects the accusation that the trial against Griner was politically motivated. Griner is said to have had vape cartridges and hash oil with her when her luggage was checked at Moscow's Sheremetyevo Airport in February.

Since 2015, Griner has played for the UMMC Yekaterinburg team in the Urals. She won the Euroleague four times with the top club. Griner is considered one of the best basketball players in the American women's professional league WNBA. With the Phoenix Mercury she won the championship in 2014, with the US national team she won two gold medals at the World Championships in addition to two Olympic victories. Many professional players like Griner are not only active in their home leagues, but also abroad, including in Russia so far.

1 Cam Newton will likely be fired by the Panthers, or... 2 1.25 million people watch the USFL Championship game 3 How to Find the Best Vacuum Deals on Amazon Prime... 4 The democratic world can achieve energy independence... 5 Haute-Savoie. A fawn killed by a stray dog in Saint-Martin-Bellevue 6 Loir et Cher. After a fatal argument about a "sum... 7 Inquest into the death of a trainee pilot from Suffolk... 8 Honorary degrees awarded to Thai cave rescue divers... 9 Chris Pincher was accused of assault by police 10 Bikers fulfill late father's desire to transport... 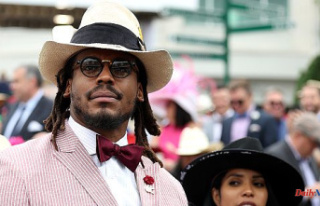 Cam Newton will likely be fired by the Panthers, or...