In Russian custody for months: US President Biden is the last hope for Griner

The season in North American women's professional basketball is relatively short, so many players are also active in Europe. 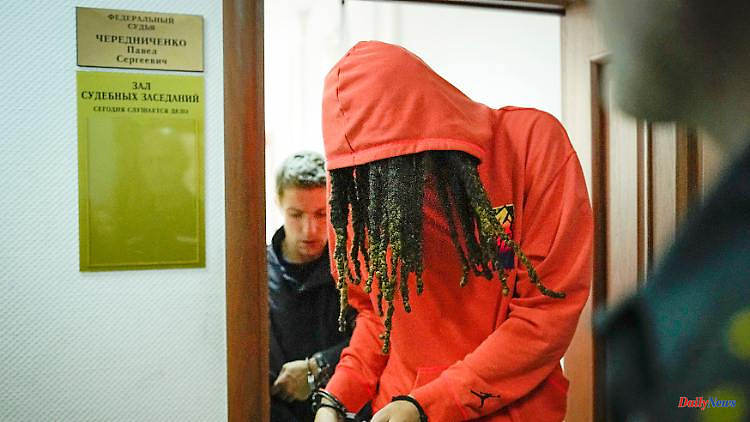 The season in North American women's professional basketball is relatively short, so many players are also active in Europe. Like Satou Sabally - and Brittney Griner. The two-time Olympic champion is still in custody in Moscow, with no way out in sight.

As a professional basketball player in a Russian prison for more than 100 days - the situation of US Olympic champion Brittney Griner also affects German national player Satou Sabally. "We have to make more calls, we have to bring Brittney Griner home because it's just an incredible situation. She's two meters tall and is probably sitting in a small cell for something that is very controversial," said Germany's best basketball player. "I feel close to her because she's a WNBA player and she was in Russia. I was in Turkey at the time."

Griner, the two-time Olympic champion and star player of the WNBA team Phoenix Mercury, was arrested on February 17 at Moscow's Sheremetyevo Airport on charges of drug possession and has been in custody since then. As the Interfax news agency reported in early March, citing Russian customs, so-called vape cartridges and hashish oil were discovered in the American's luggage during the check. Griner faces five to ten years in prison.

The latest published status from Russia is a decision from mid-May, when pre-trial detention was extended by a month. When there will be a hearing is just as open as the question of whether it is really just about a drug violation or whether the Russian leadership is not also pursuing political intentions - and would like to use Griner, for example, as a bargaining chip for an exchange of Russian prisoners in the USA. In any case, the US State Department classifies Griner's arrest as wrongful, but is very tight-lipped and general when it comes to information about her case.

Like many other WNBA professionals, Griner played for months in Europe for additional income - just as Sabally was still active in Turkey until a few weeks ago and won the championship there with Istanbul. "She's a professional player in the WNBA and should make enough money to never have to go to Europe at all. But that's one thing we have to do, I always say in quotes," Sabally explained. "We want to develop further and not sit around for large parts of the year with good money on the table." The WNBA season in the USA usually runs roughly from May to September.

In particular, offers from Russian clubs cannot be rejected from a financial point of view, reported the 24-year-old Berliner. "You can't say no to Russia. It's controversial right now, even with the war. But if everything were normal, I would go to Russia," said Sabally despite the Russian invasion of Ukraine.

She earned about $80,000 in her third season with the Dallas Wings. "It would do, but what kind of lifestyle as a professional player? Plus, we only have 10 or 15 years, it's not something we can do for 40 years," Sabally explained. "And then the question is, do you just take the 80,000 or do you continue to play basketball and earn something more. Many, many, many times more, at least in Russia."

The basketball players in the NBA don't have to deal with any of this - and Sabally believes that none of them are still in Russian custody after such a long time. "That's one thing that wouldn't be the case if she were a man and an NBA player in my opinion." Like many other WNBA and NBA professionals, the Germany international recently joined calls for more pressure on the US government.

"There is one person who can bring her back, and that's our president," Griner's wife Cherelle said in an interview with ESPN. "He has the power." She now expects Biden to use this to get Brittney Griner released. The last time she heard her wife's voice was on the day of her arrest, Cherelle Griner said. That was 15 weeks ago.

1 Omicron subtype on the rise: is there a risk of a... 2 Isere. Three burned vehicles in the Metropolis of... 3 Hesse: Opposition: better support programs for affordable... 4 Relaxed on vacation: Attentive neighbors notice burglars 5 Stop smoking: This is how much money smokers could... 6 Attention consumers: That will change in June 7 Brilliant white smile?: The best tips against yellowing... 8 Bavaria: Dispute about the Olympic assassination:... 9 Saxony-Anhalt: ADAC: Tank discounts are not yet effective 10 Hesse: More than 100,000 visitors at the Renoir exhibition... 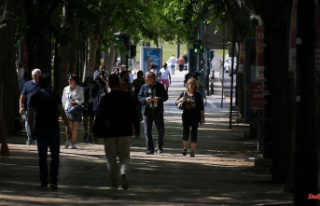 Omicron subtype on the rise: is there a risk of a...