"In the end it's just a match": The inspiring tennis sensation Coco Gauff

She is only 18 years old, but already a fixture on the tennis court: Coco Gauff. 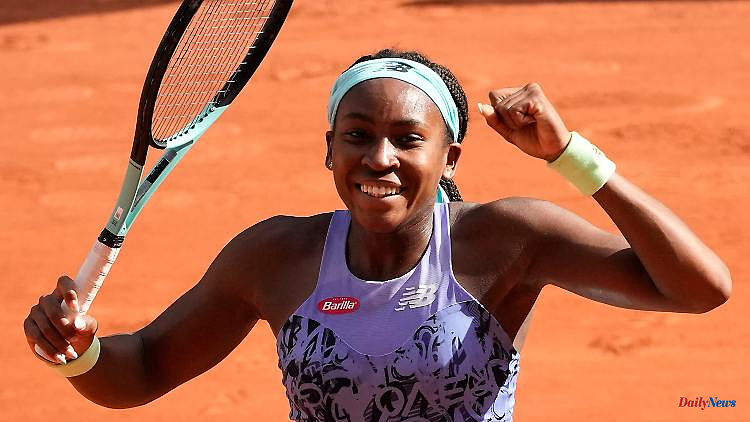 She is only 18 years old, but already a fixture on the tennis court: Coco Gauff. Since bursting into the spotlight at Wimbledon three years ago, she's also been maturing off the pitch. At the French Open she is now in the final - but other things are even more important to her.

Coco Gauff is shining in three ways at the French Open these days. In singles, where she is in the final of a Grand Slam tournament for the first time and this Saturday (3 p.m. / Eurosport and in the ntv.de live ticker) challenges the world number one Iga Swiatek from Poland. In doubles, where she also reached the final on Friday together with her compatriot Jessica Pegulla. And in the subsequent rounds of interviews, in which she talks about her life in a refreshing way like hardly any other tennis professional and also uses her exposed position for important messages.

After her semi-final victory against the Italian Martina Trevisan, the 18-year-old American pointed out the major problems with gun violence in her homeland on Thursday evening. "Peace! End gun violence," she wrote on the lens of the TV camera in Paris. "It is important for me to use the platform that I have. Especially here in Europe. We definitely need a change and a reform in this aspect."

Recently, 19 children and two teachers were shot dead in an elementary school in Uvalde, Texas. Basketball coach Steve Kerr of NBA finalist Golden State Warriors responded with a well-received, emotional speech. "When are we going to do something?" Kerr yelled before a playoff game in Dallas. US President Joe Biden has again called for stricter gun laws.

"Friends of mine witnessed the Parkland Shooting a few years ago. I was 13 or 14 at the time and nothing has happened since then," Gauff reported about the school massacre four years ago with 17 dead. Her father told her from a young age that she could change the world with her racket. "And he didn't mean just playing tennis. He meant talking about things like that."

These are remarkable sentences for an 18-year-old who recently graduated from high school. But despite her age, Gauff has already been through a lot. It was only three years ago that she stormed into the round of 16 at Wimbledon as a 15-year-old, beating Venus Williams in the duel of generations along the way. From there, Gauff was in the limelight, titles at the Grand Slam tournaments were expected of her, although she was actually still able to play in the juniors.

The pressure initially added to Gauff, she lost some of her youthful insouciance and lightness. But now she has found a way to deal with it. Under the magnifying glass of the public, she has matured into an impressive personality - and a special tennis player. In Paris, she is the youngest finalist since Kim Clijsters 21 years ago. "I just enjoy the tournament, I enjoy life," said Gauff. "In the end it's just a tennis match." 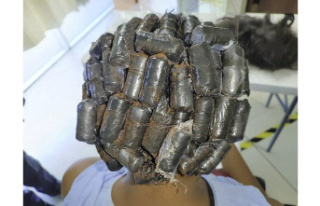 Trafficking in drugs. Two women attempt to pass through...