The future question is grueling: will Mick Schumacher drive for Haas in Formula 1 next year - or not? The team is still taking its time, but boss Günther Steiner is now specifying what he expects from his young driver. 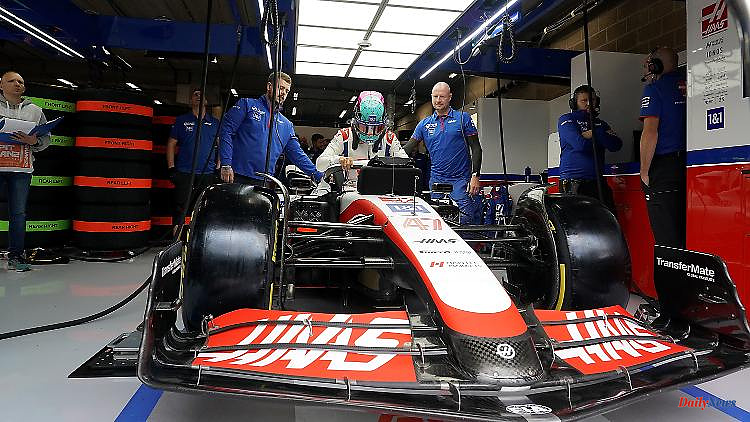 The future question is grueling: will Mick Schumacher drive for Haas in Formula 1 next year - or not? The team is still taking its time, but boss Günther Steiner is now specifying what he expects from his young driver.

At the moment, nothing is going together with the Haas Formula 1 team. The first race after the long summer break in Spa, Belgium turned into a debacle. Mick Schumacher was penultimate, his teammate Kevin Magnussen finished one place ahead. That wasn't the fault of the pilots. Especially the German was attested a good performance on his father Michael's favorite track. The car was the problem - again. The Haas can't handle fast stretches. "We just have too much air resistance," said team boss Günther Steiner exclusively to RTL / ntv. That will not be corrected this season. It needs a new rear wing.

Now it's off to Zandvoort for the weekend. The profile of the racetrack is similar to that in Spielberg, where the team scored points for the last time on July 10th. Magnussen ended up in eighth place, Schumacher even finished sixth after an outstanding race. It was the highlight of his year, which had started catastrophically with two spectacular accidents (for which he was responsible) and over which the sword of Damocles of the open Formula 1 future still hovers.

Haas has still not decided whether the 23-year-old will get a cockpit next season. Unlike teammate Magnussen. It's an issue that not only gnaws at the driver himself, but also at the boss of the racing team. The ideal time for completed planning would be now, says Steiner. But it is not that simple. "We don't want to be put under pressure, we want to make the right decision." Whether the pro Schumacher fails? The Italian cannot be lured. "Mick is not out of the game. But we want to be open and fair and see how the situation develops." Steiner leaves it open how long Haas will observe before making a decision. "Two weeks, three weeks, four weeks, everything is possible."

However, it is clear that there is a list of applicants for the cockpit, which has not yet been confirmed. The stand includes Daniel Ricciardo and Antonio Giovinazzi. However, this is a normal process, explained the South Tyrolean and also makes sense from the point of view of a driver with an unclear future. Discussions with the potential candidates have not yet been held. Meanwhile, Steiner leaves plenty of room for interpretation between the lines. He emphasizes, for example, that there is currently no clear trend in the sense of "this is the driver we want". The pressure on Schumacher remains enormous.

Steiner also revealed what he expects from his young driver: "We want to see good performances. Of course, that also applies to Kevin." Everything in Formula 1 is about performance. "For me, performance means getting the best out of the car," says the team boss. Ideally, these are points, but not always. At a circuit like Spa, you can't blame the driver if something that counts for the constructors' championship doesn't work out. "I'm not a dreamer, the car wasn't good enough. But if the car is good enough, then you have to score points." Steiner's assessment also includes how the driver interacts with the team.

Basically, after turbulent years with more lows than highs, Steiner has a great interest in further stabilizing the team. This also applies to the driver pairing. The decision is a matter of feeling for him. A balance between risk and consistency. And: "My appetite for risk is currently not very large." A pointer? No, the thing is, "Mick has put in some good performances, if he can repeat them he's a candidate to stay." Incidentally, the 23-year-old does not exert any pressure. "He behaves very well," says Steiner.

Does Ferrari have a say in the question of the future? Team boss Mattia Binotto had indicated that there should be talks with Haas. Steiner irons that out. He appreciated the exchange with the Scuderia. But he doesn't want the Italians to dictate what his team should do or decide. He also keeps a low profile on the subject of Schumacher’s expiring contract with the Ferrari junior academy. "I don't know the details," he said, not wanting to offer any advice. Unlike Sebastian Vettel, for example, who probably recommended to his buddy not to extend his contract with Ferrari. That makes him more interesting for other teams with open cockpits. Alpine about. Even if the rumor spreads that Pierre Gasly should come from AlphaTauri. 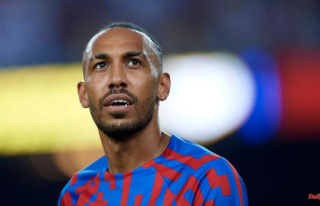