In the round of 16 against Clemens: The fireman who stirs up the darts world championship

The last remaining Scot at the Darts World Cup is not defending champion Peter Wright or legend Gary Anderson, but Alan Soutar. 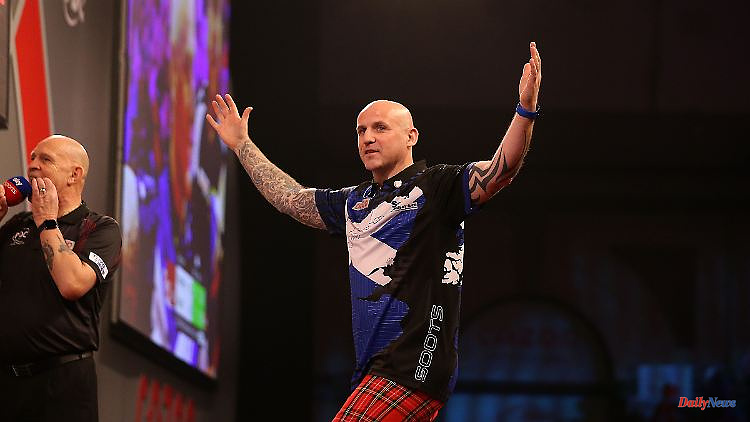 The last remaining Scot at the Darts World Cup is not defending champion Peter Wright or legend Gary Anderson, but Alan Soutar. The ex-soldier is not a professional at all, but a full-time firefighter. In the round of 16 it is against Gabriel Clemens.

In darts there is certainly no lack of exciting characters, weird birds and so-called "real guys". But if one player combines all these qualities, it's Alan Soutar. The 44-year-old Scot is in the second round of the Darts World Cup for the second time and will meet the German Gabriel Clemens this week. Reason enough to learn more about "Soots", like the world number 36. is called.

Soutar hails from the small port town of Arbroath. He shouldn't really have time to play darts. A look at the other vocations of the slim, bald Scot shows that. Soutar is a full-time firefighter, also a guide dog trainer and currently the most successful semi-professional among the dart stars at the World Cup in London.

"Soots" has only been involved in the circle of the best dart players in the world for two years. In January 2021, the patriotic Scotsman secured the right to play on the professional tour, so far Soutar was only known to darts nerds. But once he got on the tour, he quickly made a name for himself. At his first World Cup participation last year, he sensationally fought his way into the round of 16.

Soutar has now repeated this feat and once again demonstrated his fighting qualities. In the third round game against the clearly favored Dutchman Danny Noppert, the Scot saw no land at all in the first half hour of the game. Seven of the first eight legs went unchallenged to Noppert. Soutar is only allowed to throw a double during this time. At that point, Noppert was already leading 2-0 after sets and was ahead in the third round as well.

But then the game turned completely. "Soots" suddenly plays like a different player, hitting several triples and, above all, the doubles consistently. Noppert, after all number nine in the world rankings, collapses, seems overwhelmed by the suddenly unleashing Scotsman. At the latest when Soutar wins his sixth leg in a row and equalizes to 2:2 in the sets, the more than 3000 spectators in London's Alexandra Palace romp.

Danny Noppert, who is a comparatively taciturn, almost shy player by darts standards, has nothing left to oppose. Noppert looks lost against the force that Alan Soutar exerts in this phase of the game. And it is.

"When I was 2-0 down and barely hit a treble, I thought I was going down 4-0. But then I thought about Danny's first game where he played well at the beginning and end but fell asleep in between. And that's exactly what happened this time. It gave me the chance to win the game on my side," said Soutar at the press conference after his surprise win.

A look at his preparation, which could hardly have been more complicated, shows how impressive the performance of the 44-year-old is. While the competitors at the Darts World Cup were enjoying a quiet, relaxed Christmas day, Soutar went to work: night shift at the fire brigade on the holidays. "For me, Christmas is not a time when I sit back, I have to work during this time, and that's a good thing, I enjoy it," says Soutar to ntv.de.

Overall, after his first of three games at the current World Cup, he has already worked four days in his main job as a fireman. "I have my friends in the fire department. It's no problem at all to juggle everything." He has now been working as a fireman for 18 years, reports Soutar.

Soutar was asked in the media room at "Ally Pally" whether he had ever thought about quitting the job and concentrating fully on darts. "No, not for a second," replies "Soots" firmly. "For me, darts is a side activity. It calms me down to play darts. I have no pressure at all to win prize money. Darts is a hobby, I've experienced pressure in other situations."

For example in his job as a fireman or in his previous professional life as a soldier. Before Soutar joined the fire department, he was in the army and served on foreign missions in the Balkans, among other places. "I've already spent Christmas in Kosovo."

The experiences as a soldier and as a firefighter help him to focus in crucial situations, explains Soutar. Something that distinguishes him at the Darts World Cup: In the important moments, Soutar also used his chances against Noppert without compromise, turning the game around with these skills.

And if neither darts nor working as a firefighter helps you to switch off, "Soots' other hobby" will certainly do the trick. In his free time, he and his wife train guide dogs. "An indescribable feeling when you have trained a dog in such a way that it can help people in everyday life," Soutar explains his passion.

With this large portion of looseness in relation to his "hobby" darts, Soutar also wants to survive the round of 16. His opponent is the German darts hope Gabriel Clemens. "I've known Gabriel for many years, mainly from the BDO days (amateur darts association, editor's note). I've beaten him in a few important games, such as the World Masters. Gabriel doesn't like playing against me. Of course he's a favorite, he's higher in the rankings than me, but the favorite doesn't always win," Soutar told ntv.de.

By the way, if Soutar manages the next surprise, the Scot will have to juggle with his schedule again. "I'm on the fire department's roster for December 31." The winner of the game Clemens against Soutar has to compete again on January 1st in the "Ally Pally" for the quarterfinals. 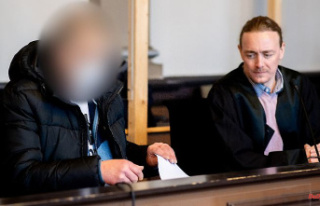 The motive for the crime was revenge: Fischerhude's...