In the US Open final against Swiatek: Ons Jabeur's dream ends in golden reality

The Tunisian Ons Jabeur is already causing a stir at the Grand Slam in Wimbledon. 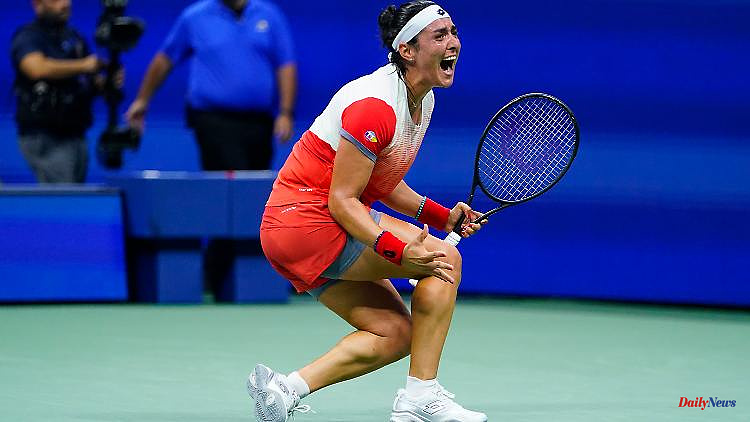 The Tunisian Ons Jabeur is already causing a stir at the Grand Slam in Wimbledon. There she fails in the final. At the US Open she is under pressure. But when the dream ends, she feels her power. She carries it at least to the final, as the first African player ever.

One in quick succession, the other after a feat of strength: The tennis players Iga Swiatek and Ons Jabeur reached the final at the US Open in New York in very different ways. While the Tunisian Wimbledon finalist Jabeur was able to save energy in just 66 minutes in her surprisingly clear semi-final victory against the Frenchwoman Caroline Garcia, the world number one Swiatek then had to fight hard for the title dream.

In the end, the Pole still won 3: 6, 6: 1, 6: 4 against Belarusian Aryna Sabalenka and made it into a Grand Slam final for the third time. There she meets Jabeur on Saturday at Arthur Ashe Stadium. "It's always tough against her. I'm sure it will be a very physical game. She has good shots, is very solid from the baseline," said Swiatek after her 56th win this year: "I have to be careful. "

The two-time French Open winner had a weak start against Sabalenka - the toilet break after the lost first set was the rescue. "I remember when I used to cry in the toilet when I was losing. This time I thought about what I can change," revealed the 21-year-old.

Two and a half hours earlier, Jabeur had bought the final ticket, and the 28-year-old was hardly challenged in the 6-1, 6-3 win against Garcia. Now, like two months ago, she is playing in Wimbledon in the final for her first Grand Slam title. She lost the final in London to Jelena Rybakina.

"It feels incredibly good. After Wimbledon there was a lot of pressure on me, I'm very relieved," said Jabeur on the pitch. At the subsequent press conference, the fifth in the world rankings revealed that she could enjoy this final a lot more. "It feels more real," said Jabeur, "I kind of lived a dream at Wimbledon and I couldn't believe it."

Jabeur is the first African player to reach the final of the US Open in the professional era. The disappointing Garcia ended a 13-game winning streak in the biggest game of her career to date. Before the first serve, a minute's silence was held at Arthur Ashe Stadium in honor of Britain's late Queen Elizabeth II. 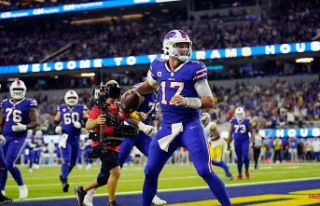