Since Formula 1 has existed, Monaco has been on the racing calendar every year. 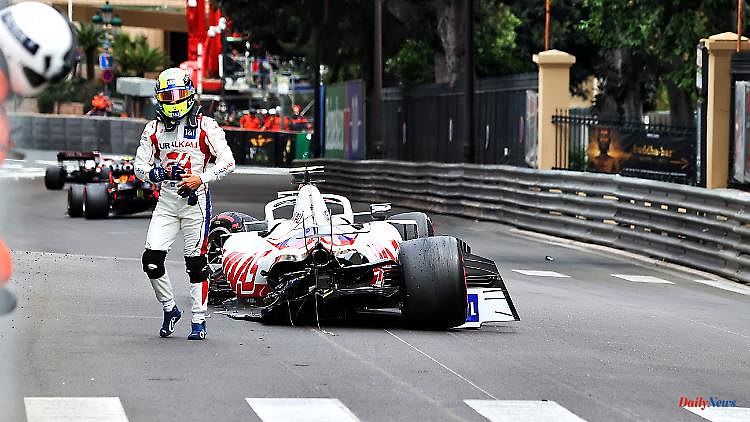 Since Formula 1 has existed, Monaco has been on the racing calendar every year. But this weekend the traditional Grand Prix is ​​threatened with a farewell performance. The contract expires - and the question pops up again and again as to whether the narrow street circuit is still up to date.

The Automobile Club of Monaco has already announced the "most beautiful week of the year". The outrageously expensive yachts jostle in the harbor, the teams set up their accommodation for the classic Formula 1 in the smallest of spaces within sight of the legendary Rascasse. Formula 1 races through the small principality for the 68th time. The premier class was on the Côte d'Azur in the first year of the World Cup. But the question is: for how much longer? "It would be a shame to lose something that has been part of the sport for so many years," says Mick Schumacher.

The 23-year-old son of record world champion Michael Schumacher - who is also a five-time Monaco winner - is not alone in his opinion. Monaco is Formula 1. That has been an unwritten law for decades, since the narrow streets were first driven in 1950. "A Formula 1 without Monaco is unimaginable," says Christian Horner, whose Red Bull team has again built its motor home with a roof terrace pool on a huge pontoon.

Monaco and Formula 1 - what an enticing combination for the rich and beautiful. The fact that the Cannes Film Festival is taking place at the same time could increase the number of celebrities in the already tight starting lineup. "If the World Championship had to be reduced to one race, it would have to be Monte Carlo," said the now 82-year-old three-time world champion Jackie Stewart. "Driving Formula 1 in Monaco is like flying a helicopter in your living room," once said Nelson Piquet, 69 years old and also a three-time champion. Around 1000 times around the curve, around 4000 switching operations. And all that centimeters past the crash barriers.

Sounds spectacular. It was. Still is. But the myth threatens to fade. Monaco is the pilot's battle against the track. And then against the opponents. Monaco means: It's practically impossible to get past. "Doing a race in which you can't overtake is nonsense," says former driver Marc Surer in a talk on the "formel1.de" portal. His verdict: The route is no longer up to date. And he is not alone in his opinion either.

"We cannot live in the past," says Mick Schumacher's Haas team boss Günther Steiner. "If Monaco wanted to be included as a new track and they say: Well, we have the lowest entry fee of all tracks and you go where you can't overtake - Monaco would never be on the racing calendar," stressed Horner, true to the motto : "Stagnation means regression." But Formula 1 has long since shifted up a gear under the leadership of the American media group Liberty Media.

Despite all human rights and political discussions about the venue, the new street circuit in Saudi Arabia offered pure spectacle. Miami celebrated the premiere this year, Las Vegas will follow next year. Now Monaco has to shift into the next gear. The contract ends after this race.

This weekend shows that Formula 1 is also breaking with tradition there. For decades, the pilots in the Principality always practiced on Thursdays. The reason: The training day often fell on Ascension Day, so Friday was always (noise) free. Training will be on Friday this year. Point.

After all, quite a few drivers, such as World Championship leader Max Verstappen from Red Bull, his Ferrari adversary Charles Leclerc - a real Monegasse - or record champion Lewis Hamilton in a Mercedes that is regaining strength can stroll relaxed and walk from their apartments to the paddock. Sleep in your own bed and rest before Sunday's race, which may already be decided after Saturday's qualifying.

One lap is only 3.337 kilometers long. There is no shorter event on the racing calendar. So why not extend it? Surer suggests an additional loop. "As long as we drive past the casino and along the port, Monaco is Monaco," he says.

The head of the Monegasque automobile club recently expressed his confidence that Formula 1 will stop in Monaco beyond this season. They are in talks, Michel Boeri was quoted as saying by the "Gazette de Monaco". There may be an opportunity this weekend to start a new Formula 1 future with the race from the past.

1 Cause of Cooling: Why Mars became a desert planet 2 Baden-Württemberg: Fire on the car scrap site in... 3 Baden-Württemberg: the car crashes into a residential... 4 Criticism of Chancellor Scholz: Strack-Zimmermann... 5 "I'm no longer in pain": Schotte gets... 6 Bavaria: Minister of Labor: Recovery on the labor... 7 No tax on "excess profits": Why Germany... 8 Hesse: car gets between subway and post: injured 9 Governor signs law giving Oklahoma toughest abortion... 10 Hessen: Bouffier: "I have a great feeling of... 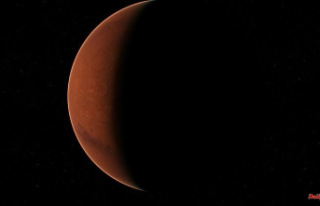