Interview with UFC champion: Jiří Procházka: "Title fight in Europe would be a dream"

Thanks to his unconventional fighting style, Jiří Procházka is one of the most spectacular MMA fighters in the Ultimate Fighting Championship (UFC). 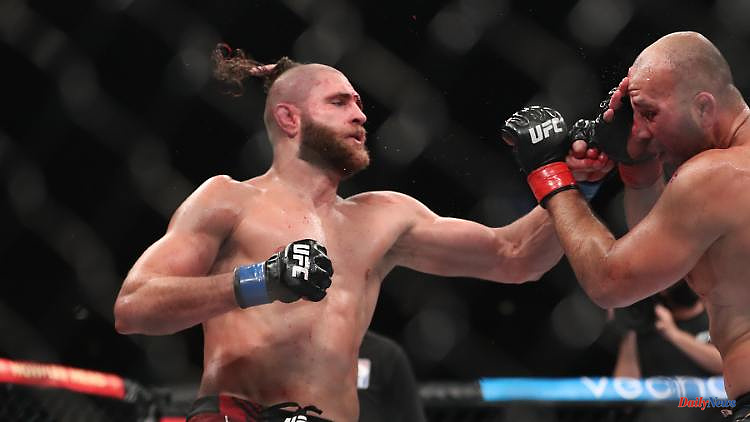 Thanks to his unconventional fighting style, Jiří Procházka is one of the most spectacular MMA fighters in the Ultimate Fighting Championship (UFC). With his victory over Glover Teixeira in June 2022, he became the first champion from the Czech Republic. In an interview with ntv.de, the 29-year-old explains why he really wants a rematch with the Brazilian, why he cut off his samurai braid and what plans he has for the future.

ntv.de: Mr. Procházka, how are you? After winning the UFC 275 title, are you back preparing for your next fight?

Jiří Procházka: I feel great. I just got back from my morning run. However, I had a small operation on my hand and therefore have to do two weeks of even lighter training. You can lift weights by hand, but not boxing.

You were greeted by thousands of fans on your return to the Czech Republic. How were your first few weeks as a UFC Light Heavyweight Champion?

It was fantastic. I didn't expect to get such a reception. There aren't that many people watching MMA in the Czech Republic. Soccer and hockey are popular. The MMA community is small but strong.

Are you now recognized more often on the street?

Yes, that happens more often now (laughs). Sometimes that's too much for me. But I have decided to follow this path as a champion - and I want to stay on it.

After the title fight against Teixeira you said that you were not satisfied with your performance. Many say that it was one of the best fights in this weight class.

That's the paradox. The fight was extremely important for my career and everything around it. But it was one of the worst performances of my career. So I offered Glover (Teixeira) a rematch.

How did that "poor performance" manifest itself in you in the cage - was it a feeling, or a specific area like boxing or ground fighting?

I just haven't found a specific way or technique to defeat Glover. I just reacted to his attacks and didn't create situations to win. Victory is not the result of my strategy and skill - Glover made a mistake and I exploited that weakness. So I'm not satisfied and I want to fight him again. I have a lot of respect for Glover, he was my toughest opponent so far. He's so strong mentally and that's what makes me so curious - I want to try and dominate him in the next fight.

Do you already know when and where the fight will take place?

It is still being negotiated. Glover has not yet responded to my challenge. I would like to know how he sees it.

After the fight you had already spoken to Jan Błachowicz ringside. The Pole would be a possible challenger. So you might have been able to bring a title fight in the UFC to Europe for the first time. Wouldn't that be an incentive?

Yes, that would be interesting. But that's not so easy in the UFC. So far, most of the title fights have been in the USA. Of course it would be a dream to defend my title against another European on this continent. I was ready to fight Jan Błachowicz but after everything that happened in the last fight Glover is the better decision. After that I can fight Błachowicz or Magomed Ankalaev.

The UFC is slated to come to Brazil next spring. Would fighting in Teixeira's homeland be an option?

That would be a possibility, but that doesn't sound good to me. Defending the belt in his country would be weird. For me as a champion, that would be a step backwards. As a strategist, I would face Glover anywhere except Brazil.

You fought in Japan for a long time, in your last UFC fights you entered the cage with a samurai braid. After winning the title you cut the braid and called it the end of a journey. What is the next journey in your MMA career?

The braid was like war paint - my war hair, so to speak. After the fight I thought I didn't need it anymore. To walk the path of the warrior every day, I no longer have to present it with my hair. My current haircut is also much more manageable. (laughs)

Would a new journey then be a change to a different weight class - up to heavyweight or down to middleweight?

I'll probably stay light heavyweight for the next five fights. But I'm ready to compete against fighters from other weight classes.

1 F1 Drivers' Circus Report: McLaren ejects Ricciardo... 2 'I really need to lose weight?': 'Friends'... 3 Time out from everyday life: how holidays work - and... 4 “In the end, that would be another accident on the... 5 Austria wants to pursue hate online more closely 6 Corona pandemic: After the death of a doctor: Austria... 7 Corona: "You can lie and cheat, that's the... 8 Festival: Small festival in the big park is a crowd... 9 Bundesliga: Well-known Berlin derby pattern: Union... 10 Accidents: Cuba: Dozens injured in fuel depot explosion 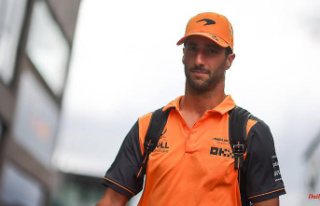