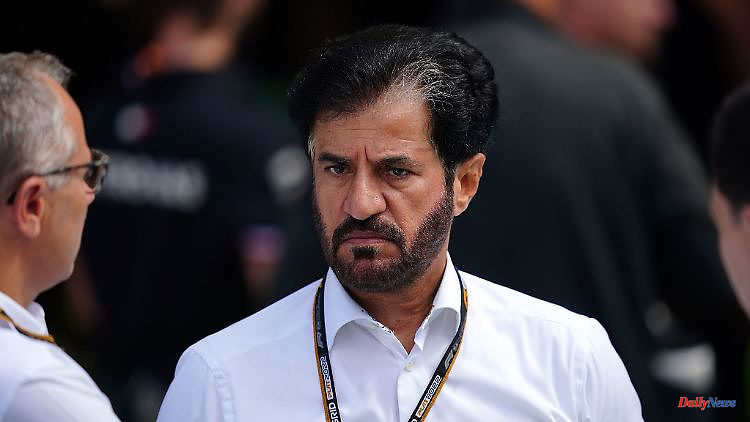 FIA President Mohammed Ben Sulayem wants more teams in Formula 1 and is publicly looking. The impulse is understandable. Formula 1 is booming. The topic is explosive. There is resistance among the top dogs - and this is primarily for financial reasons.

Mohammed Ben Sulayem chose the direct line to the public and the fans. Shortly after the turn of the year, the President of the World Automobile Federation FIA announced his vision for Formula 1 via Twitter in 142 characters: The 61-year-old wanted more teams, more cars and therefore more drivers. Ben Sulayem said that he had initiated a "process of expressions of interest for potential new teams" - and gave all interested parties hope of entering the lucrative business. It is a first small step towards a possible expansion of the starting field.

The impulse is understandable. Formula 1 is booming. On March 5, Max Verstappen, Lewis Hamilton and Co. start the new season in Bahrain, with 23 races it will be the most extensive in history. Ten teams and 20 drivers, including Nico Hülkenberg (Haas) as the only German, take part in the glamorous racing circuit around the world. The financing in times of the upper cost limit for the teams is available. A scenario like 2014, when the season ended with nine teams after the bankruptcies of Caterham and Marussia, does not threaten. But does Formula 1 need an eleventh in the future?

There is resistance among the top dogs - and this is primarily for financial reasons. In Formula 1, earnings are distributed in the form of prize money and fixed amounts divided by ten. If a new team is added, everyone gets less of the cake. "The value of Formula 1 is that there are only a limited number of franchises and we don't want to dilute that value by simply adding teams," said Mercedes Motorsport Director Toto Wolff. If a team is added, it has to prove that it brings in more money than it costs: "Because the eleventh team means a ten percent dilution for everyone else."

In principle, however, precautions have already been taken. The commercial contracts between teams and Formula 1 owner Liberty Media stipulate a one-off payment of 200 million US dollars for new entrants to offset the losses of the others. In view of the increased market value of the premier class, this amount is already too low for some players such as Haas team boss Günther Steiner. That's not the only reason it's not easy to get started. Interested parties must prove not only the financial but also the personnel and technical requirements in order to be able to survive in Formula 1. Audi, for example, which will be added in 2026, is entering into a partnership with the traditional Sauber racing team - and is not coming as a new, independent team.

One who meets all the criteria is Michael Andretti. The 60-year-old American has demonstrated his know-how with his Andretti Autosport team in the IndyCar Series and other racing formats. On Thursday he presented a quite impressive partner in the US giant General Motors, together with the Cadillac brand he wants to make the leap into the select starting field. "I have the feeling that we are able to put a new team in Formula 1," said Andretti, "that we can add value to the series and bring excitement to the fans." A "real American" Formula 1 team is to be created together with General Motors. Andretti did not name an exact time for the hoped-for entry.

A joint entry by Andretti and Cadillac would be another expression of the boom on the US market. Next year there will be three races in the States for the first time, with Las Vegas joining Austin and Miami. There is already a US team: Haas, from 2023 racing team of the German Nico Hülkenberg, also maintains a factory in England and technically works very closely with Ferrari. And possibly a second one soon. The established teams still have to be convinced. One thing is clear: there will not be a timely decision. The FIA ​​around President Ben Sulayem faces a challenge to find a compromise with Liberty Media and the teams. At least the first steps have been taken. 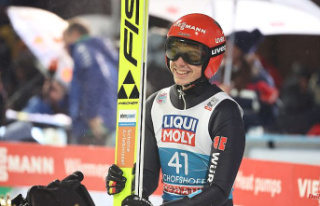