Is there a former Klopp intimate?: Chelsea FC gets rid of Abramovich's legacy

After the club's separation from the Russian oligarch Roman Abramovich, the new management of Chelsea FC is pushing for a reorganization: Marina Granowskaya, a confidant of the long-standing club owner, has to go. 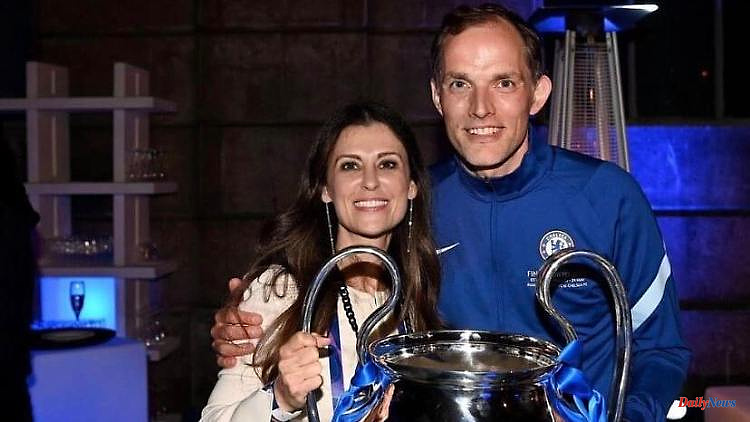 After the club's separation from the Russian oligarch Roman Abramovich, the new management of Chelsea FC is pushing for a reorganization: Marina Granowskaya, a confidant of the long-standing club owner, has to go. As a successor [at the Tuchel Club], a former superior of Jürgen Klopp should be in focus.

After the takeover by a consortium led by US businessman Todd Boehly, the management floor at English first division football club Chelsea has been replaced. Sports director Marina Granowskaya, who was born in Russia, has to vacate her post, as the Premier League club announced. Boehly, meanwhile, has been appointed CEO of German coach Thomas Tuchel's club with immediate effect.

Granowskaya was the closest confidant of long-time club owner Roman Abramovich, who finally agreed with US investors on the sale for around 2.9 billion euros - plus another 2.1 million euros as an investment in the club - in May . For 25 years she has worked for the former Chelsea owner, who had to sell the club due to sanctions imposed on him.

English media reported in May that the Russian could stay at the club under the new leadership. Now she will only be available to the club for the duration of the current transfer window to the extent necessary to support the transition, the statement said. "We thank Marina for her years of excellent service to the club and wish her all the best in her future endeavours," said Boehly.

As part of Timo Werner's transfer to Chelsea, club legend Petr Cech, who now works as a consultant for the club, described Granowskaja's importance: "In our club there is only one person who makes sure that things happen, and of course that's Marina". In 2021, Granovskaya was named the best club director in European football at the Golden Boy Awards. The Russian-Canadian also got Chelsea FC the 15-year outfitter deal with the US company Nike, which will bring the London club an incredible £60 million (66 million euros) per season until 2032.

Granowskaya was considered one of the most influential women in world football, the 47-year-old decided on transfers and coaches for the 2021 Champions League winner. The Russian has been the director of the club since 2013 - and during this time she moved enormous sums: in 2021 Romelu Lukaku became the most expensive player in the club's history with a transfer fee of 113 million euros. In 2019, under Granowskaya's aegis, Eden Hazard was transferred to Real Madrid for 115 million euros.

In the summer of 2020 alone, Chelsea FC spent almost 250 million euros on newcomers for the German stars Kai Havertz and Timo Werner, as well as Ben Chilwell, Hakim Ziyech and Edouard Mendy - with success: Chelsea FC celebrated with a 1-0 win over Manchester City the long-awaited Champions League triumph, in which long-time club owner Roman Abramovich had invested many billions of euros.

The German coach Thomas Tuchel, who took over Chelsea in 2020 from club legend Frank Lampard and then led it to the Champions League qualification and then to the title, also owes his job significantly to the once powerful Russian: that Lampard is with Granowskaja had missed, is said to have been the deciding factor for the change of coach in the end.

Granovskaya has also been instrumental in the growing success of the club's women's team, who have claimed the league title for the third straight season this season. In 2021, the women's team was also in the final of the Champions League, but lost there to FC Barcelona.

The club's new management is said to have envisaged a once-close confidant of Jürgen Klopp as Granowskaya's successor: According to information from ESPN, Liverpool's former transfer boss Michael Edwards is the top candidate for the post of sporting director at Stamford Bridge. Edwards played a key role in Klopp's signing in 2015 during his tenure as technical director before realizing the comparatively cheap transfers of eventual Champions League winners Mohamed Salah, Sadio Mané, Andy Robertson following his promotion to sporting director in 2016. After announcing in November last year that he wanted to give up his post at Anfield, Edwards will leave Liverpool when his contract expires this summer.

1 Yes, where is the puck?: Colorado triumphs after a... 2 Comeback against all doubts: Williams is working on... 3 Inadequate care before death?: Eight Maradona doctors... 4 What are the risks?: The Corona summer wave is piling... 5 800 hectares are on fire: a major fire in the Gohrischheide... 6 Stress test in NRW: the start of the holiday burdens... 7 Motivation for exercise: "Freeze for peace"... 8 Without therapy in a nursing home: young people in... 9 With money from video game sales: Kenosha shooter... 10 Transmission probably underestimated: number of monkeypox... 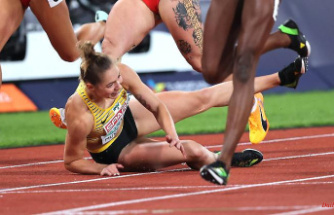 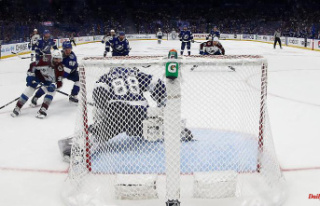 Yes, where is the puck?: Colorado triumphs after a...