After the game between Poland and Saudi Arabia (2-0), there was a verbal argument between two fans of the losing team and a TV crew in front of the Education City Stadium. 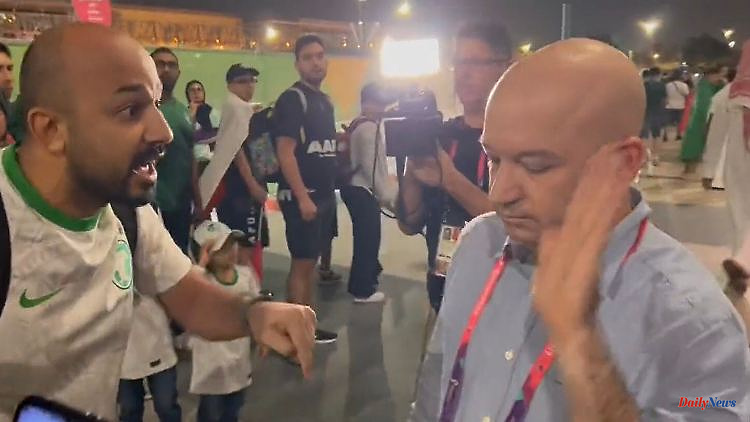 After the game between Poland and Saudi Arabia (2-0), there was a verbal argument between two fans of the losing team and a TV crew in front of the Education City Stadium. The Saudis are upset. One of the journalists is Moav Vardi. Together with his colleague Yoav Borowitz, he reports on the soccer World Cup in Qatar. The two journalists are Israelis and work for the Israeli Public Broadcasting Corporation "KAN".

Vardi, the TV channel's chief international correspondent, initially wants to meet in a café on the island of The Pearl in northern Doha. But for security reasons, and so that we can speak openly, the interview is moved to the reporter's apartment without further ado. He speaks to ntv.de about his experiences with anti-Semitic violence in Qatar - and explains why he still feels safe.

ntv.de: Mr. Vardi, we witnessed how, after the World Cup match between Saudi Arabia and Poland, you were approached by what appeared to be angry Saudi fans. Can you tell us what happened there?

Moav Vardi: That didn't just happen to us during games, it also happened on the street. When Arab fans realize that I'm Israeli, ten percent of them say, "No problem, let's talk, I don't care that you're from Israel." 80 percent of them then walk away, even if at the beginning of the conversation it seems like they are best friends. It's like being an outlaw. As if they were somehow scared.

The moment experienced was then an encounter with the remaining ten percent.

Exactly, these Arab fans showed a very negative reaction to us. They even attacked us, but only verbally. The verbal attacks we experienced were very brutal and full of verbal violence. But they never laid hands on us.

Yoav Borowitz intervenes, reports on the headlines in the Israeli press and how a small nudge could lead to a major escalation. "If someone were to push Moav now, and I'm only talking about a push, not a punch, that would not only be big news in Israel. It would be a global issue. Then everything would explode," he says.

I try to withdraw from the situations. That's not why I came to Qatar. We don't want to stage such confrontations for the camera. That's not the story. I work here. I would like to report on how the Iranian fans feel about the protests in their homeland and what they think of their national team singing the anthem or not. These verbal attacks disturb my work.

Can you give concrete examples of the verbal attacks?

They said things like, "Go away! You're not welcome here!" Or: "Israel does not exist, there is only Palestine." Having experienced this, I realize that this is not just about political views, but about very deep emotions and resentments towards Israel. The anger of the Arab fans was very real, it wasn't some kind of political demonstration. They were just really mad at me for being here.

How do you explain the anger?

There is a very large Palestinian community here in Qatar, just like in many other Arab countries. People who have lived here for decades after their grandparents were expelled from Israel and Palestine in 1948 or 1967. Their sense of Palestinian identity is very strong, which is why you see so many Palestinian flags here, and why it is very personal for them when they come into contact with us. Some of them are very politically active and have an Instagram account that is generally anti-Israel but now against the Israeli presence here in Qatar for the World Cup.

Colleague Yoav Borowitz, who is watching a World Cup game at the living room table, looks up and says: "They uploaded our pictures there. People recognized me on the street and also found me online. And the following week my Instagram account was up full of negative comments like "Go away!" or "You are not welcome here!".

They also posted our TV channel's logo on Instagram and wrote: "If you see the logo, you should know that this is an Israeli TV channel. Stay away from them and don't talk to them." As a journalist you stand for something bigger. You are perceived as a megaphone.

How has that affected your reporting?

One night Yoav was doing a report with the mic out here on The Pearl Island. I came by and then about seven guys came up and asked us if we were from Israel. I replied, "How do you know that?" They pointed to the logo and said it was all over social media. Then it started automatically: "You are not welcome here, why are you here, go away, you don't belong here, go back where you came from". This turned into a heated discussion, and more and more people came.

Were you afraid for your integrity and safety?

There were very violent verbal attacks, but again there was no physical violence. And I was pretty sure I wasn't going to be physically attacked, so I didn't feel particularly threatened. But there were twelve or more of them against both of us.

Yoav intervened again: "They surrounded us. It was very tense. For me, it was the most uncomfortable experience I've had here."

For me, too, that was the situation that was the most threatening. I also have a German passport and then said that I am German. The only time I've lied, even though it wasn't even a real lie.

And was that enough?

Yes. The group moved on.

Did you expect these types of interactions and prepared accordingly?

I wasn't surprised as many Arab societies teach that Israel is the root of everything bad in the region. However, I was surprised by the scale and scale of the phenomenon and the level of anger. Because I thought the World Cup was a cosmopolitan event, about multiculturalism and football. Then I realized that for the Arab fans it's an Arab World Cup. It's their chance to be on the world stage. Even the Saudis told me that this is like a home game for them. The anger and resentment stem from us taking the show from them. That's why you encounter more anger here as an Israeli than when you meet Arabs anywhere else.

Sometimes it is not clear whether this anger stems from the occupation, from the fact that Israel keeps Palestinians in the West Bank under control, or if it is related to the notion of Israel's existence as a sovereign Jewish state itself. Here you get the feeling that it's not about the West Bank. Those who have verbally attacked us believe that the State of Israel has taken their Arab land away from them. This is the root of what they perceive as injustice.

Yoav again: "You can feel the power of hate, which is incredibly deep and strong. This is both heartbreaking and worrying. We, as Israelis, have to deal with this and seriously try to resolve the situation with the Palestinians, otherwise there will be none Hope more to end the hate someday."

The verbal attacks on you have already been a topic in the Israeli media. How does the Israeli public react to your experience here in Qatar?

There is a heated debate in Israel about our experience here. One of the country's major newspapers recently ran the headline: "The World Championship of Hate". The right camp says: "You see, we don't have to think about ending the occupation in the West Bank. They don't accept Israel anyway, no matter what the borders." And the left camp says: "Why are you so surprised by the hate and resentment when you have occupied them and deprived them of basic civil rights for more than 55 years and when the only images showing Arab media are Israeli fighter jets, bomb the children of Gaza?"

Who is right in this complicated situation?

I think both camps are wrong. First of all, it is very wrong that the right is using us to say that Israel does not have to deal with an end to the occupation of the West Bank. Maintaining the occupation is extremely toxic fuel for these emotions and hate that we have encountered. If, purely hypothetically, Israel were to return to the 1967 borders tomorrow morning, that wouldn't eliminate all hatred, but it would definitely change the level and density of resentment. But it is also wrong for the left to believe that it is all about the occupation.

Were there any problems with the Qatari government, for example with accreditation or entry?

Not at all. The Qatari government is not the problem, they have to abide by FIFA rules. And there is even a direct flight from Tel Aviv to Doha.

Do you feel welcome in Qatar?

You can't expect a host country to control every word spoken by the millions of fans here. I was never given the cold shoulder by the authorities here. Qatar is an Arab country in an Arab region. It is an event that the Arabs see as their show. They make up the majority of the fans here. Complain about Qatar? I do not think so.

Would you advise an Israeli to openly carry the flag or walk in the street with a yarmulke?

I would advise him against it. Not because I think we have to give up our national pride. Or that like the Jews in Europe in the late 19th century and early 20th century 20th century we have to fear a pogrom, but only because I don't think it goes down well here. There are so many Arabs here who, for whatever reason, see this as a provocation. Then why should you do it? We're not here at a political event, we're here to see the games. Don't expose your identity in a place where it could become a problem.

Yes. My job has taken me to many countries, including many Arab countries. There was no place where I felt safer from physical attacks. Neither in Europe, by the way.

Also because of the law, of course.

Yes. Maybe that's not for the right reason, because it's a totalitarian state. This makes it possible to control the anger of the population. Public resentment is much, much higher than that of the government.

FIFA likes to boast about the idea of ​​bringing people from all over the world together. Despite your experience, do you think the World Cup in Qatar is a good idea from that point of view?

It's always better to be in touch. Even if this contact leads to bad experiences. It's dialectic. Maybe you question yourself at home too, change something in your thinking. If FIFA had given the World Cup to Iran, I wouldn't say that. Israelis would never feel safe there. That is not the case in Qatar. You are hospitable. 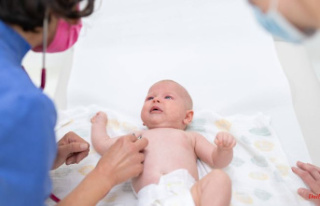 Symptoms, Risks, and Treatment: Everything You Need...