The Tour de Suisse becomes a Corona farce and alarms the cycling scene. 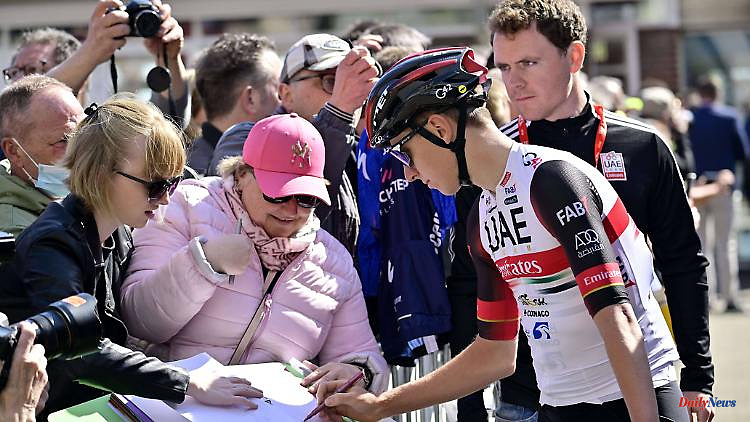 The Tour de Suisse becomes a Corona farce and alarms the cycling scene. With the Tour de France about to start, it seems impossible for the race to be as close as it was before the pandemic began. Numerous new infections cause discomfort. A positive test - and everything is over.

Increasing numbers of infections in Europe, the Tour de Suisse as a corona farce and a Tour champion Tadej Pogacar who is wearing a mask again: Less than two weeks before the start of the Tour de France, there is a high level of alarm in cycling. The Corona summer wave makes the industry tremble. "For the sake of our sport, I don't hope that it will just be a lottery," said team boss Ralph Denk from the Bora-hansgrohe racing team, with a view to the start of the tour on July 1 in Copenhagen: "The concern is there. It can have an impact ."

After numerous Corona cases, more than 40 professional cyclists had to end the Tour de Suisse prematurely in the last few days. There were also three cases in the Bora team, including that of Russia's Alexander Vlasov, who had to drop out a day after his stage win and capture of the yellow jersey on Friday. The immediate environment of Pogacar, who completed his tour dress rehearsal at home on the Tour of Slovenia, was also affected. A teammate tested positive and another was taken out of the race to be on the safe side.

"We're isolating as much as we can," said Pogacar, noting: "For the first two days we signed autographs and took pictures with people. Now we're keeping our distance because we want to be at the start of the Tour. " The teams were startled, especially in Switzerland, the drivers had tested positive in rows. "We actually thought we put all that behind us," said Geraint Thomas, winner of the 2018 Tour of France.

Four teams left the race completely because of the cases, others only made up a skeleton team at the end, such as Bora-hansgrohe. "I'm crossing my fingers that I won't get a corona," said the German champion Maximilian Schachmann, who had already been thrown back at the beginning of the year after a corona disease and a serious infection. According to Denk, his three colleagues who tested positive only have mild symptoms, "which gives us a positive feeling for the Tour de France".

Wlasow was intended as a man for the overall standings in the Tour of France. "We haven't given up. There's still a chance. You have to wait a week now. If he's negative, he can get back on the bike. He's not training at the moment," explained Denk. The tour kicks off in Copenhagen on July 1st.

Pogacar's rival Primoz Roglic's team was also affected. After Corona cases in the team, Jumbo-Visma was the first to leave the race, which is why no driver from the Swiss squad will initially travel to Roglic in the training camp in Tignes.

According to Denk, all drivers must submit a mandatory PCR test before the start of the tour, after which testing should be carried out on the rest days, as in the last two years. There was no positive case in the 2020 and 2021 editions, but the tour entourage was strictly isolated at the time and moved in its own bubble. Since this season, the world association UCI has relaxed the rules again.

At Bora you try to let "common sense prevail". "If we isolate ourselves again from the fans, from the journalists, then at some point the flair of the sport will be lost. That gives me a stomach ache," said Denk. You have to come to terms with the virus. 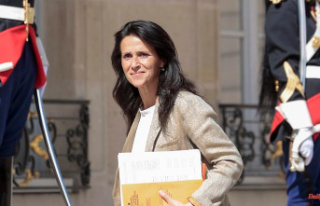 Assaults as a gynecologist?: Investigations against...