"It hurts my soul": Ironman star Frodeno after "shit year" only spectators

Jan Frodeno is the superstar of triathlon. 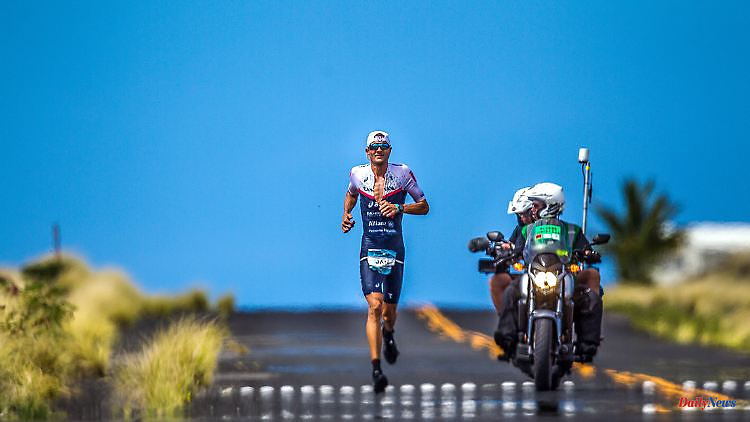 Jan Frodeno is the superstar of triathlon. But time is running out for the 41-year-old. He wants to end his career next year. After a completely screwed up year, he's condemned to spectating the Ironman in Hawaii. At the site of his great triumphs, he wants to attack again in 2023.

Jan Frodeno is also relying on the Hawaii effect for the final new attack at the end of his career next year. The three-time Ironman world champion cannot compete in the triathlon Mecca this time, after suffering a hip infection, Frodeno had to cancel his start on the Big Island in the professional men's race this Saturday early on. In 2023 he wants to end his career - and crown it again. "I hope that the whole thing will take a turn here," Frodeno said in an interview with "Welt".

But it would also be a lie to say that seeing the race from a different perspective would help him a lot. In 2018 Frodeno had already experienced this due to an injury. "Of course you can talk yourself into something nice, and you have to do that. But for me it's like that I basically work with ups and downs. I don't even know how many comebacks I've had, but it's my big and solid one Aim to have another one." Maybe he could again "conjure up a really, really big race out of his sleeve. Because it hurts my soul."

Frodeno won the title in Hawaii in 2015 and 2016. In 2019, Frodeno won again at the last World Cup race at the birthplace of the Ironman over 3.86 kilometers of swimming, 180.2 kilometers of cycling and 42.2 kilometers in the most difficult climatic conditions with temperatures over 30 degrees and extreme humidity. In 2020 and 2021 the World Cup in Hawaii was canceled due to the corona pandemic.

Frodeno was already missing at the catch-up World Cup in 2021 in May this year in St. George in the US state of Utah. At that time he had problems with his Achilles tendon. "I'm happy to be here. But of course it was a very nostalgic feeling when packing," said Frodeno, who is now 41 years old. "The whole year passed me by again. And the year was pretty ... let's call it mixed. Although, to be honest: The year wasn't mixed - it was just shit." In an interview on tri-mag.de, he emphasized that he had "sat on the substitute bench" for the year.

His trainer Dan Lorang explained with a view to 2023: "Now it's about getting another perfect year. That's why he came to Hawaii to get plenty of motivation for his last race in 2023," said the successful coach , who also looks after 2019 world champion Anne Haug and the Bora-hansgrohe cycling team, in an interview with the "Frankfurter Rundschau".

It is still open whether there will be a giant duel with Kristian Blummenfelt. The 28-year-old Norwegian, who has been outstanding for over a year, is the top favourite. After the Olympic victory in Tokyo in 2021, he also won the short-distance world championship and in May of this year the Ironman world championship in St. George. In 2024 he wants to be Olympic champion again over the much shorter distance. 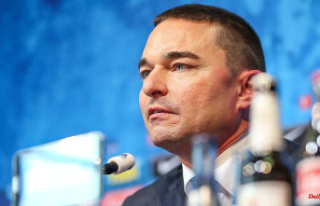