This is Fatu's second DUI arrest in Pensacola. WKRG states that Uso was taken into custody in 2019, but was not convicted.

He was stopped on State Highway 297A near his home.

8 On Your Side reached out to authorities, and is currently waiting for arrest papers to be made.

1 Episode 5: "Coming Full Circle" 2 In a documentary trailer, Val Kilmer discusses how... 3 How to Improve Your Business and Bring About Change 4 Rise in Popularity of Online Gaming and Casinos during... 5 Sebastian Eubank has died: The son of boxing legend... 6 Maura Higgins takes her FIRST picture with Giovanni... 7 Peterborough flooding: Live updates from the floods... 8 EastEnders spoilers - Ben Mitchell finds and kills... 9 Life/Sex: Who is Billie Connelly in Sex/Life? Meet... 10 All Blacks vs Fiji - Ian Foster will receive some... 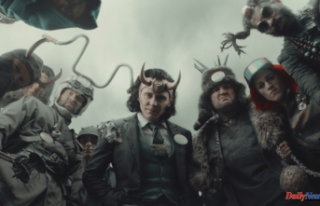