The interview with Toni Kroos puts ZDF journalist Nils Kaben in the spotlight. 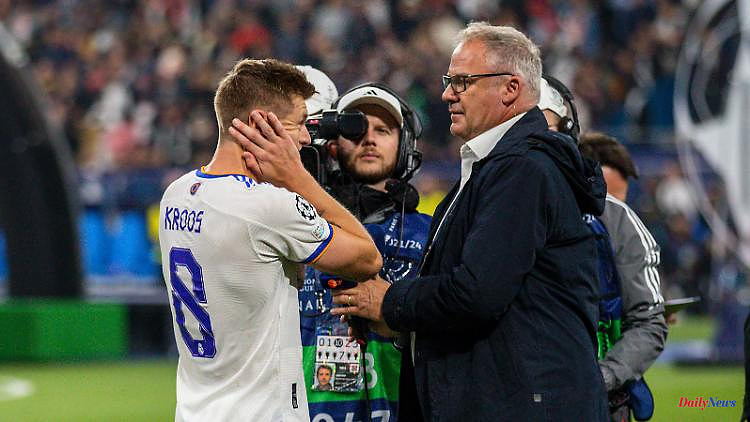 The interview with Toni Kroos puts ZDF journalist Nils Kaben in the spotlight. The five-time Champions League winner doesn't like his questions so much that he breaks off the conversation. Kaben now explains his view of the scandal on Saturday evening.

ZDF journalist Nils Kaben reacted with incomprehension to Toni Kroos' reaction in the joint interview. "I didn't see the question as criticism at all or had a negative connotation. To take that as a reason to call it a 'shitty question' and to leave … I don't know," he told the "Spiegel". The former Real Madrid international broke off Kaben's interview after winning the Champions League against Liverpool (1-0).

"My first thought was: Oh my goodness, what's going on now? Did I make a stupid comment that justifies someone reacting so violently?" Said Kaben. "But I had to move on first as I had two other players to interview, David Alaba and Real goalkeeper Thibaut Courtois." But he is still of the opinion that he has not asked an inappropriate question and has also reassured himself with his colleagues.

At the same time, Kaben also said: "I can formulate the question better, of course, but everyone had seen the game." In his opinion, it was justified for him to ask if Kroos was surprised that Real were in such distress. "Kroos could have used the question as a template to point out that Real had always saved themselves in difficult situations throughout the competition. That that's Real's strength."

The 32-year-old accused Kaben of having "90 minutes" and instead asked "fucking questions". Kaben explained how his job works during a game: "I sit behind the goal during the game and of course I prepare for all eventualities. But when it starts, I don't know who I'm going to talk to right away. Whether the questions be asked in English, German or Spanish. Whether it's a winner or a loser is in front of my nose. Also, a game can turn around shortly before the end." That's why he thinks about the questions "only in the last minutes before the interview".

Meanwhile, the excitement on Twitter "hasn't surprised him for a long time. People don't pay quite as much attention to their tone of voice and appropriate expression". Nevertheless, he thought about whether he had contributed to the interview "ending stupidly": "And we came to the conclusion that you shouldn't behave like that as a player. As a journalist, it would have been difficult for me have to make a mistake so that the interview guest just leaves." Private questions that do not belong on the field are one reason. "But turning a factual question about the course of the game into something personal doesn't work."

He knows Kroos differently, said Kaben. Players can also be sure that he will treat their performance with respect, but at the same time he also demands respect for his job. Expecting the media to only represent the fans is "not our job". The fact that athletes themselves have the opportunity to share their view of things through social media does not make it any easier. "It's not our job to always pour water into the most beautiful wine. But when the course of the game is as clear as between Real and Liverpool, then you can address that in a question," Kaben made clear.

The ZDF journalist also works in other sports, such as biathlon. Footballers play a special role, he notes. They're "much more in demand," he explained. "This allows them to choose who they talk to, when, and about what." Kaben was not afraid that a front had hardened due to the interview on Saturday evening: I think Toni Kroos and I will exchange three sentences about it the next time we meet. And then it's fine again."

1 FC Bayern is in trouble: The most aggressive Lewandowski... 2 North Rhine-Westphalia: gunshot wound in Moers: background... 3 Charter of basic values ​​presented: CDU takes... 4 Germany should be warned: Early and very strong flu... 5 Bavaria: fatal accident with lawn mower tractor 6 Nack the Kroos anger: the most legendary interview... 7 New awareness of health: How a cure can help against... 8 Off to the desert: Brabus Crawler - sandpit toy for... 9 Payment not in rubles: Russia stops gas exports to... 10 Mecklenburg-Western Pomerania: Schwesig: Self-critical... 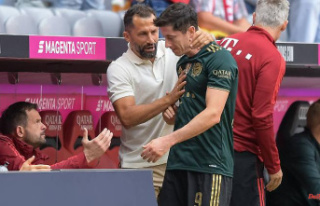 FC Bayern is in trouble: The most aggressive Lewandowski...