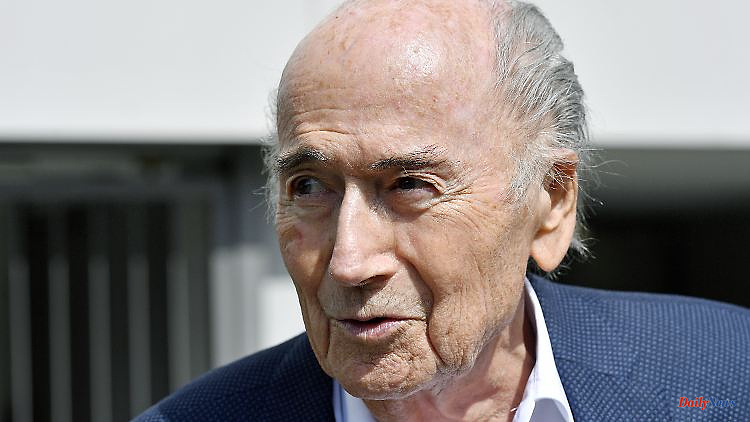 If he harmed football, then he's sorry, says ex-FIFA boss Sepp Blatter. At the same time, he admits that he may have created a "monster" during his tenure. In an interview, Blatter talks about his own mistakes and accuses his successor Gianni Infantino of disrespect.

Former FIFA President Sepp Blatter accuses the association of fueling the over-commercialization of football. "What is happening at the moment is an over-commercialization of the game. People are trying to squeeze more and more out of the lemon," said the 86-year-old in an interview with "Zeit". According to the Swiss, FIFA is meddling in something that doesn't really concern them - club football. He also cited the expansion of the World Cup finals as an example.

Under the leadership of Blatter's successor Gianni Infantino, FIFA recently expanded the field of participants in the World Cup. At the 2026 tournament in the USA, Mexico and Canada, 48 instead of the previous 32 nations will play for the title. In addition, during the controversial World Cup in Qatar, FIFA President Infantino announced that he would massively expand the Club World Cup. From 2025, the 32 instead of the current 7 best club teams in the world should play against each other regularly. This is causing displeasure, especially among the European football associations.

Blatter was also sharp on his successor on a personal level. "I have no relationship with Infantino. He behaved disrespectfully because he has refused any contact with me since his election. He only communicates with me through lawyers. He was able to sit in a made nest."

In the "Zeit" interview, however, Blatter admitted that he himself was responsible for the fact that football had increasingly become a political and economic pawn. Looking back, he defines his entry into FIFA as "the birth of something that has grown so big that it got out of control". His predecessor João Havelange once said to him: "Sepp, you have created a monster." The Brazilian meant "that we didn't manage to protect football from economic and political influence". Blatter added: "Maybe he was right." He "tried to control the business" but repeatedly failed "because of the economic value of football and politics," said the former FIFA President.

Blatter has long held various positions at FIFA: from 1975 as director of development programs, then as general secretary and finally from 1998 to 2016 as president. A few days after his re-election in 2015, he announced his resignation as FIFA President, but remained in office on an acting basis. As a result, the FIFA Ethics Committee investigated him several times. In 2016 he resigned due to a suspension and Infantino was chosen as his successor.

Blatter, who was in the hospital for five months a year and a half ago and was put in a coma for two weeks after several surgeries, also apologized: "When I was close to death, it wasn't a scary feeling. It felt calm, kind of content. I've really tried to always serve football, so if I hurt it, I'm sorry."

Blatter believes hosting the World Cup in Qatar was a mistake because football shouldn't be political. "But that can only be prevented if only nations that respect human rights are allowed to host a World Cup. Otherwise football will be misused to distract attention from their own grievances." During Blatter's tenure as president, the World Cup was awarded first to Russia and then to Qatar. When asked about this, Blatter said that he himself had not voted for Qatar, but for the USA. "But there were political forces that were stronger than me." Even before the start of the desert World Cup, he described the assignment to the emirate as a mistake. 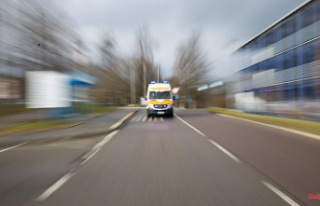