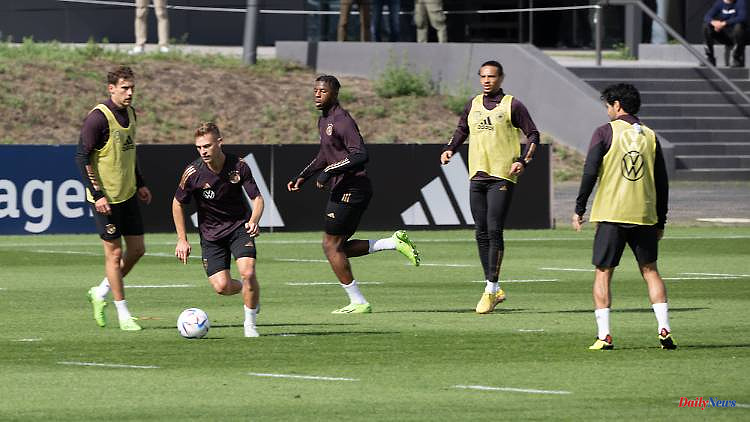 Oliver Bierhoff believes in a wonderful football autumn. First the group win in the Nations League - and then the World Cup title. In the national team there is a moment of shock with Jamal Musiala and then there is the crisis in the Bayern block.

The shock after the painful collision of his Bayern colleagues Jamal Musiala and Thomas Müller was just over when Joshua Kimmich had time for irony and jokes again. The great Munich crisis? Of course, it is also an issue for the German national soccer team. "Absolutely, they really hit it. You only get jokes," reported Kimmich with a feigned serious expression after the first training session on the new campus in Frankfurt about the teasing of the DFB colleagues.

The ex-Munich native and new Dortmunder Niklas Süle, who is known as a joker, is primarily responsible for the Bayern bashing. "You hear a little bit from Niki, he comes out a bit," joked Kimmich. The message behind the humor attack was: National coach Hansi Flick does not have to worry that the seven Bayern without a win in the squad will become a problem just before the last group games in the Nations League against Hungary and England, which have been declared the big World Cup dress rehearsal.

"Now it's all about playing well with the national team," said Kimmich. The importance of success was seen in the DFB team in the first half of the year when - as is now the case with Bayern in the Bundesliga - they failed to win four times in a row. The 5:2 against Italy in June was a liberation. Kimmich was also annoyed by the mood of crisis at Bayern. "You get really angry," said the midfielder.

Before the game against Hungary on Friday (8.45 p.m. / ZDF) in Leipzig and the classic three days later in Wembley against England, DFB director Oliver Bierhoff was inevitably confronted with the question of whether the spat in Munich was a burden. His solution: Hansi Flick. "If he does it like he does at Bayern, he can do it again," said Bierhoff, alluding to the national coach's successful time in Munich with seven titles.

Flick was one of the first to rush to Musiala in the morning when the 19-year-old was squatting on the lawn in pain. Fatherly, he placed his hands on the teenager's shoulders. According to the DFB, a sliding tackle by Müller caused a "small wound" on the shin, which had to be treated by the team doctor. Musiala drove back to the team hotel. No major damage, then the all clear came quickly. It would also be jinxed if Bayern knocked each other out.

Bayern goalkeeper Manuel Neuer had missed the training premiere on campus with many DFB employees as spectators because of a sore toe. However, the captain should start training again on Wednesday, as Flick reported with a red whistle around his neck.

You don't have to give the Bayern issue so much space, said Bierhoff, preferring to repeat his big goals: first winning the group in the Nations League and then fulfilling your dream of winning the World Cup. "What we want is clear, to be in the final on December 18. A German national team must always have the ambition to win a tournament," said Bierhoff. His arguments: "The mentality, the quality of the players and a top coach give me hope."

Bierhoff sees the DFB selection after a year under Flick on "a good way" to achieve the goal he had proclaimed "back to the top of the world". However, it is only settled in Qatar. "I feel this anger in my stomach, this motivation, this will to play a successful tournament again," said the 54-year-old after the big disappointments at the 2018 World Cup and the 2021 European Championship.

Bierhoff named the Nations League games "an indicator". In his view, first place in the group and the associated qualification for the Final Four tournament in summer 2023 would be “a statement” shortly before the Qatar tournament. Kimmich also wants to send this message: "At the end of the day it's about the results. We've seen that at Bayern. They give you self-confidence, self-assurance and a certain self-image. We want to win the two games, that's it the ultimate goal."

1 Hannah Schmitz is "a genius": the woman... 2 "Why did it come to this?": Hansi Flick... 3 Danger of avalanches on the Hochkalter: climbers lost... 4 14 rows behind the king: Trump mocks Biden at Queen's... 5 Spoiled for (model) choice: Renault Clio petrol, hybrid... 6 Bavaria: Man threatens with a knife in the employment... 7 Hesse: luxury vacations swindled: suspended sentence... 8 Saxony-Anhalt: the mascot of the Eisleber Wiese "Wiesi"... 9 Thuringia: CDU parliamentary group calls for emergency... 10 Bavaria: SPD demands one billion euros for affordable... 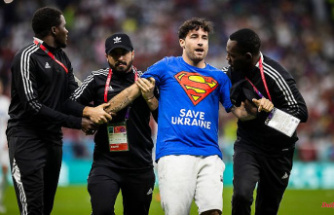 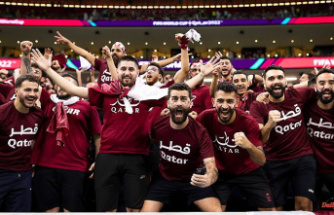 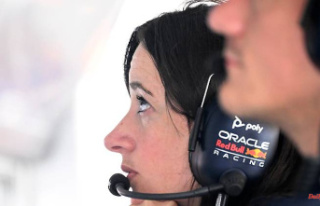 Hannah Schmitz is "a genius": the woman...