Waldimir Putin loves ice hockey and he loves his own staging on the ice even more. 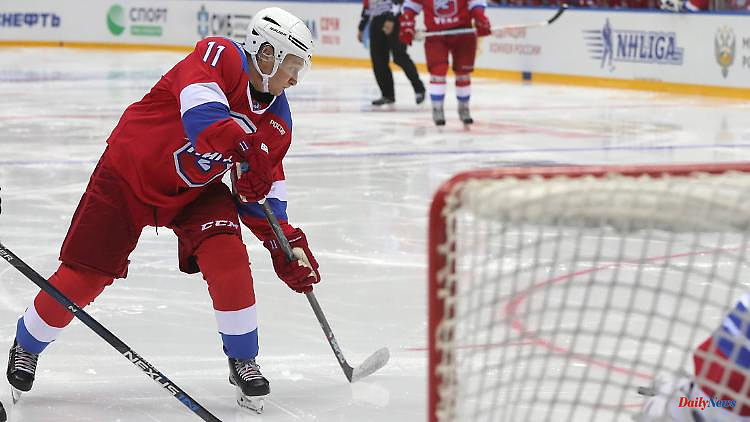 Waldimir Putin loves ice hockey and he loves his own staging on the ice even more. But in future show duels he has to do without a prominent partner. The Finnish head of state no longer wants to play alongside the aggressor. No problem for the Kremlin.

Finland's head of state Sauli Niinistö no longer wants to play with him - but according to the Kremlin, Russian President Vladimir Putin still has no shortage of ice hockey partners. "Now he's saying he won't play anymore," said Kremlin spokesman Dmitry Peskov, according to the Interfax agency, about Niinistö, who in a recent interview denied the question of whether he would go on the ice with Putin again. "Well, Putin has no shortage of members on his team," Peskov said.

In 2012, following a meeting, Putin and Niinistö played a game of ice hockey and also had their picture taken. Against the background of the Ukraine war, however, relations between the two countries, which share a border that is around 1,300 kilometers long, have now cooled significantly. To Moscow's displeasure, Helsinki applied to join NATO a few weeks ago.

Putin is known for his passion for winter sports and above all for his passion for ice hockey. A good four years ago, he presented himself as an accurate striker in Sochi on the Black Sea in a show game against the team led by oligarch Vladimir Potanin. Putin's team won 12-7, the President scored five goals. He received support from Defense Minister Sergei Shoigu and ex-ice hockey star Vyacheslav Fetisov, among others. Putin regularly invites people to a game of ice hockey, and he always scores the most goals.

Putin's words, which he addressed to French President Emmanuel Macron at the end of a telephone call in February, caused a lot of attention: "Not to hide anything from you, I wanted to go play ice hockey now and I'll speak to you from the sports hall before training starts going on," said the head of the Kremlin at the time, as evidenced by recordings made available by the Élysée Palace and recently shown in a television documentary. Four days after the phone call, Russian troops marched into Ukraine.

1 Moscow grumbles against UNESCO vote: Ukraine celebrates... 2 All because of Corona?: The performance level of fourth... 3 Vip, Vip, Hooray!: Sex sells! OnlyFans makes the cash... 4 North Rhine-Westphalia: Kuchaty: Help for pensioners... 5 Bavaria: Man comes off the road with a car and dies 6 Hesse: Overload in the court: Suspects released from... 7 North Rhine-Westphalia: Leutheusser-Schnarrenberger... 8 Saxony-Anhalt: FKS looks at minimum wage in sports... 9 Mecklenburg-Western Pomerania: Despite the war and... 10 Mecklenburg-Western Pomerania: No application from... 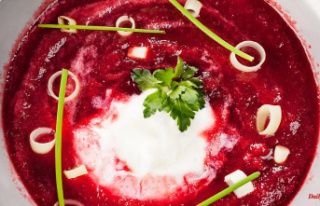