Legend fills the dozen: The monument to Timo Boll is getting bigger and bigger 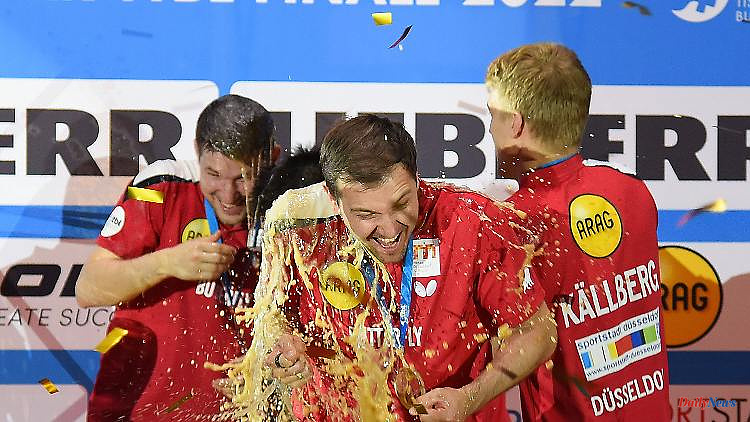 Timo Boll is table tennis. The 41-year-old superstar is already the sole record winner in German table tennis. But now he's clawing another record and catching up with the legendary Eberhard Schöler. Despite a defeat by Boll, Borussia Düsseldorf is champion again.

For Timo Boll, the dozen is full: The European record champion won the German table tennis championship for the twelfth time with Borussia Düsseldorf. In the Bundesliga final in Frankfurt, the Rhinelanders won 3-2 against cup winners 1. FC Saarbrücken, despite the defeat of their star, who suffered a rib injury.

By successfully defending the title in the new edition of last year's final, Düsseldorf also celebrated a successful revenge for the defeat against the Saarlanders in the cup final at the beginning of the year in Neu-Ulm. In addition, after being dismissed as Champions League winners by the Russian verdict of the European association ETTU, Borussia clinched their 75th title for the second time. Saarbrücken missed his second championship title after 2020 and his first double on the 30th birthday of his team Olympic silver medalist Patrick Franziska.

The Swedish doubles world champion Kristian Karlsson in his farewell game in Borussia dress and mixed European champion Dang Qiu got the victory point for Düsseldorf's 32nd championship with their success in the decisive doubles. The match winner of the record champion, however, was Anton Källberg in the previous individual with two points.

Karlsson's compatriot saved his team in the fourth match by beating Franziska 3:1 in the double showdown. Franziska's previously somewhat fortunate 3-2 success in a duel with his national team colleague Dang Qiu and the 3-1 coup by Slovenian Europe Top 16 winner Darko Jorgic against Boll were not enough for Saarbrücken to fall as a favourite. As Borussia announced after the game, Boll started with a broken rib. However, the veteran expressly did not accept the injury as a reason for his defeat.

Thanks to the successes of his teammates, Boll was able to match the title record set by the German idol Eberhard Schöler. The former World Cup runner-up also won twelve German Championship titles with the team between 1962 and 1979, first with TuSA Düsseldorf and then with Borussia. In the Champions League with eight triumphs, in the national cup with ten successes and in individual championships with 13 wins, the 41-year-old Boll is already the sole record winner in Germany.

1 Vaucluse. Avignon: They toast the first Live des Cotes... 2 Bavaria: Worship service for victims of the train... 3 Germany. After stabbing at University, man is taken... 4 North Rhine-Westphalia: 55-year-old strikes with boundary... 5 Drome. Grignan: The santons carrying the effigy for... 6 Economy. How to resist compulsive buying 7 Beauvais. Two-year-old girl dies after being hit by... 8 Ice Hockey. Bourgeois continues with the Raptors 9 North Rhine-Westphalia: Halle in the industrial area... 10 Aix-les-Bains/Le Bourget-du-Lac. This Sunday, June... 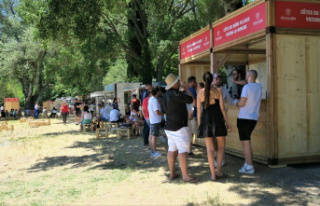