Paul Lim is a legend and an absolute crowd pleaser. 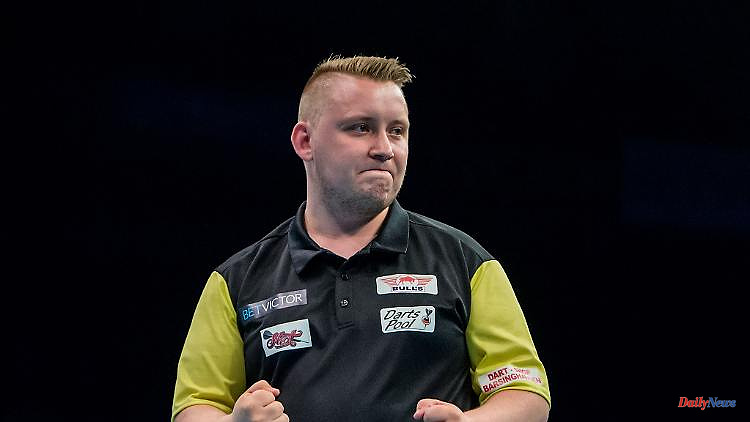 Paul Lim is a legend and an absolute crowd pleaser. At the team world championship, the 68-year-old and his partner Harith Lim failed in the opening game. Things are going much better for the favorite duo from Wales. The Germans, on the other hand, start with problems.

Germany only reached the round of 16 at the Darts Team World Championships in Frankfurt am Main with a lot of effort. The duo Gabriel Clemens and Martin Schindler lived up to their role as favorites and narrowly defeated Spain (Tony Martinez and Jose Justicia) 5:4. In the second round on Saturday, they face outsiders Denmark, who had won 5-2 against Singapore at the start of the competition. So far, Germany has never made it past the semi-finals at the World Team Championships.

In front of 1700 spectators - including darts talent Fabian Schmutzler - the two Germans only called up their potential after a few problems at the beginning and averted the first first round since 2016 by a hair's breadth. With the score at 4:2 and 4:3, Schindler and Clemens missed several chances to win early. In the end it was enough in the ninth and all-important leg, Clemens converted the eleventh match dart under maximum pressure and thus defied the double horror. "I'm very happy. This audience is incredible," said Clemens. Schindler added: "We didn't manage to close the match. Now I'm over the moon."

The legendary darts grandpa Paul Lim, on the other hand, was eliminated with Singapore in the opening game. The 68-year-old and his partner Harith Lim lost their doubles match 5-2 against Denmark with Wladimir Andersen and Andreas Toft Jörgensen and missed out on the round of 16. Lim has been on the pro tour for several decades and is considered a fixture on the underdogs Singapore team. The two Lims, who were clearly inferior to the Danes, are 120 years old together.

Top favorites Wales with Gerwyn Price and Jonny Clayton lived up to their role and defeated the Philippines 5-2 after initial difficulties. Northern Ireland (5:3 against Gibraltar) and Austria (5:3 against Finland) also had more trouble than expected, but prevailed. The top seeded Englishmen with Michael Smith and James Wade as well as the Scottish title holders Peter Wright and John Henderson only enter the tournament on Friday evening.

In addition to Superman, Super Mario and numerous Vikings, this time there was also a Jesus double in the costumed audience. The organizers expect increasing numbers of spectators in the following days, with 3,000 fans expected to come to the hall on Sunday.

1 Duplantis narrowly escapes horror: Klosterhalfen is... 2 The Ukraine war and the World Cup: No propaganda show... 3 Next climate statement: Vettel protests against Canada's... 4 Ridicule, despair and fear: the European giants are... 5 Spectacular victory in Halle: Otte mutated into Germany's... 6 Speedster alert at the international match: "Ernie"... 7 Blown against facade: kitesurfer dies in storm in... 8 Murders in the Amazon: representation of Brazil's... 9 Corona break ended: great sigh of relief on the fjord... 10 Rival slain?: Police are looking for a fugitive violent... 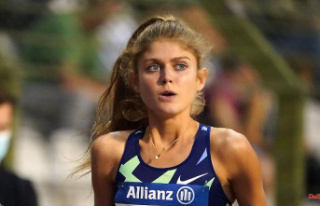