Anyone who has asked themselves who the two best players are in German table tennis in recent years has always been presented with an answer such as Timo Boll or Dimitrij Ovtcharov. 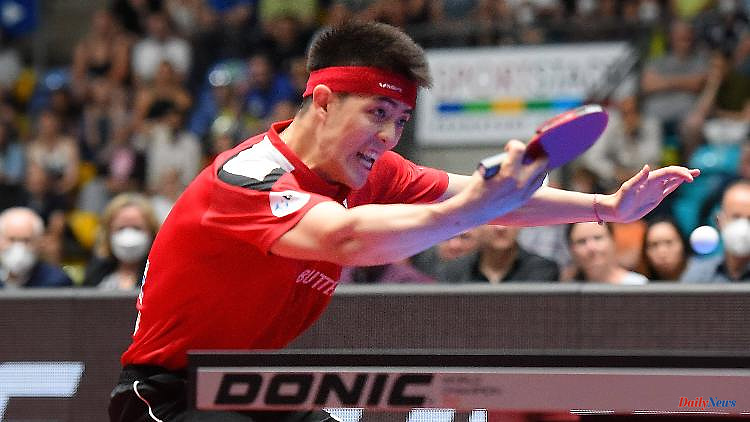 Anyone who has asked themselves who the two best players are in German table tennis in recent years has always been presented with an answer such as Timo Boll or Dimitrij Ovtcharov. The record hierarchy was manifest - but now comes Dang Qui.

These days, Dang Qiu is shattering German table tennis history with a steam hammer. Nobody is safe from him. Not the legends Jörg Roßkopf and Steffen "Speedy" Fetzner, nor active icons like Timo Boll or Dimitrij Ovtcharov. Dang Qiu is the new German table tennis sensation. In the top ten of the world rankings for the first time since May 3, 2022 and German champion since last weekend. With 4: 1 after sentences (11: 6, 11: 5, 11: 4, 3:11, 11: 7) he had dethroned defending champion Benedikt Duda.

Dang Qiu made history in Saarbrücken. Not just because he won the singles title for the first time. Dang Qiu, who was born in Nürtingen and whose parents both played for the Chinese national team, is the first German champion with the penholder style, i.e. with this special Chinese racket hold. However, the 25-year-old knows what such a national triumph feels like. In doubles, alongside his inferior opponent in the final, he has been unbeatable for years. They have now won the title for the fifth time in a row. Dang and Duda smashed the former world champion duo with national coach Roßkopf and Fetzner out of the record list, which 31 years ago was the first combination to win a DM four times in a row.

Dang Qiu's rise is remarkable. In April 2019, a good three years ago, he had just made it into the top 100 in the world rankings for the first time - and is now tenth. Two places ahead of Boll (12th) and just one place behind Ovtcharov, against whom he celebrated the greatest success of his individual career on the weekend before the title fights. In the Peruvian capital Lima he won a WTT tournament for the first time. The reward for a long journey, which brings a lot of respect to national coach Roßkopf: "Dang is in excellent form and has worked very hard for many years to achieve his current successes. His success is no coincidence and it is not surprising," he said in Saarbrücken.

The portal tischtennis.de praised Dang Qiu's performance in the final against Duda as "world class". Sports director Richard Prause even said: "Dang Qiu is the man of the hour. It was not foreseeable that he would develop like this within two years. He used the momentum for himself, but also honestly earned the title." This momentum also included the absence of Boll and Ovatcharov's illness. Since winning his 13th title three years ago, Boll has not participated due to scheduling reasons.

Ovtcharov had to give up after a successful opening game in his first DM appearance in eight years. "I feel totally weak and also a little feverish. I had already thrown up on the plane from Lima. Unfortunately, it hasn't gotten better over the course of the week. I want to simply don't risk aggravation with this strong infection," said Ovtcharov in the Saarland capital. At the German Championship, the 33-year-old wanted to gain more match practice after his strong comeback in Lima after a break of more than eight months as a result of an ankle operation. Especially with a view to the home EM in Munich in August.

Dang Qiu will also be an integral part of the national team there. Just like last year when he won gold in the team competition. The culmination of his career at that time, which had already indicated itself with great international successes in the youth field. With medals at student and U21 European championships. The rapid rise in the men's division then began in 2019 with entry into the top 100. In the Bundesliga he now plays for record champions Borussia Düsseldorf, alongside Boll. About the German table tennis hero, he told Deutschlandfunk three years ago: "I have incredible respect for Timo, he plays fantastic table tennis. But I think it's really unique, you can't copy it - the way he plays, like that He has a lot of talent and feeling, as well as the overview in the game. I think I was able to learn a bit more from the Chinese - also in terms of technique, footwork and moves."

With success. And against his father's recommendation, Qiu Jianxin. He was once a penholder player himself, but advised his son to play the shakehand style, which is dominant in Europe. Dang Qiu learned that way, later switched to penholders - and is now well on the way to completely shattering the German eternity hierarchy. 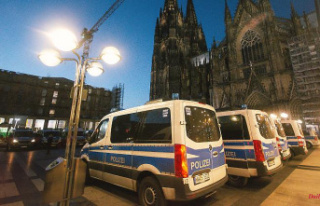