The soccer World Cup in Qatar is not a crowd puller in Germany: Even the first World Cup game of the DFB team generates comparatively moderate interest. 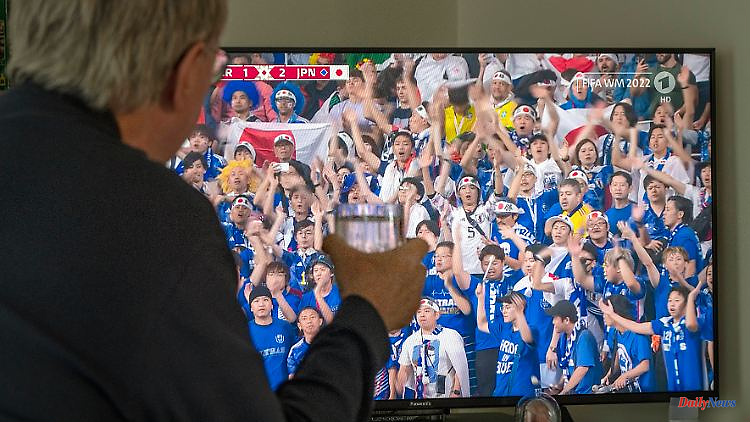 The soccer World Cup in Qatar is not a crowd puller in Germany: Even the first World Cup game of the DFB team generates comparatively moderate interest. The first numbers confirm polls from just before the start of the controversial tournament.

The German national soccer team's first game at the controversial World Cup in Qatar drew an average of less than ten million viewers to the television sets. In the 2-1 defeat against Japan early on Wednesday afternoon, 9.23 million viewers tuned in to ARD, according to AGF video research. This resulted in a market share of 59.7 percent. At the World Cup four years ago in Russia, Erste and ZDF each reached an average of more than 25 million people in the three group games of the DFB team, the market shares were between 76.3 and 87.4 percent.

The early kick-off time at 2 p.m. only serves as a limited explanation for the lack of interest in the game: As the media portal DWDL recalls, “a game against Ecuador started at 4 p.m. in 2006, at that time the quota was more than 80 percent and the range was over 21 Millions. Eight years earlier, in 2002, a Germany game against Cameroon started at 1:30 p.m. - at that time around 15.7 million fans watched, which corresponded to around 77 percent of the market share. And in 2010 a game against Serbia, which started at 13 :30 p.m. started, almost exactly 22 million viewers and a very strong 87 percent associated with it." The second game of the DFB team against Spain, which is decisive for the progress of the tournament, will kick off next Sunday at 8 p.m. (ZDF, MagentaTV and in the live ticker on ntv.de).

Apparently, many people are implementing their resolutions of not wanting to follow the controversial Winter World Cup in Qatar or only wanting to do so to a limited extent: According to a survey commissioned by RTL and ntv shortly before the start of the World Cup, more than half (54%) of all respondents had no intention of doing so , to follow games in the live broadcast. The proportion of those who want to watch games at all - whether with or without German participation - is therefore significantly lower than four years ago at the 2018 World Cup in Russia: At that time, three quarters (76%) of all respondents wanted at least part of the watch games. Even among those who are generally interested in football, more than one in four (28%) do not want to follow World Cup games.

Of those who do not plan to watch live World Cup matches, a similar proportion say they do not plan to do so because they are not interested in football in general (43%) or because the World Cup is being held in Qatar this year (45%). In relation to all German citizens, this means that almost every fourth German citizen (23%) does not want to watch the games because of the venue.

The games on Wednesday without German participation then remained well below the five million mark. The evening game between Belgium and Canada (1-0) attracted only 4.33 million viewers (16.8 percent). The game of the two German group opponents Spain and Costa Rica (7:0) even stayed under four million with 3.89 million people (21.9 percent). The MagentaTV streaming service broadcasts all 64 World Cup games, but MagentaTV has not yet published the odds.

This continued the negative trend from the first three days of the controversial World Cup in the desert state. ZDF broadcast from Qatar on Sunday, Monday and Tuesday. The interest is significantly lower than at the 2018 World Cup in Russia. The average of the preliminary round games four years ago was over nine million on ARD and ZDF broadcasts. 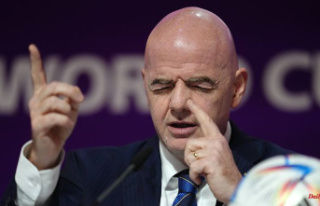 After the bandage scandal at the World Cup: the first...