Lewandowski and FC Bayern: The grotesque departure of the world anger footballer

After weeks of theater with constantly new levels of escalation, FC Bayern and Robert Lewandowski are now ending their collaboration. 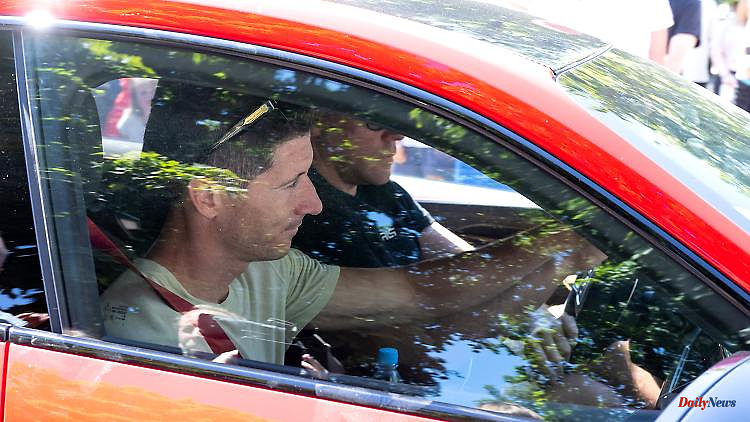 After weeks of theater with constantly new levels of escalation, FC Bayern and Robert Lewandowski are now ending their collaboration. At the end there are hugs and raving words from the Pole. That seems a bit strange.

Robert Lewandowski was perhaps the happiest footballer on the planet this Saturday. FC Bayern finally understood that the striker actually wanted to switch to his heart club, which was once Real Madrid and is now FC Barcelona. The grueling "Basta!" the Munich bosses just seemed like a big misunderstanding at the moment of the great liberation. Satisfaction on all sides marks a surreal end to a historic transfer saga. None of this comes as a surprise, however. It took no seer skills to provoke this ending, this show of affection.

Lewandowski presented himself as a man of honour, actually showed up to work on time again on his last day at work for the record champions, thanked the club, hugged his teammates and coaches and then confessed how special, how unforgettable and great the time in Munich had been. The suffering of the past few weeks was forgotten. No trace of those emotional things that had "died" in him. But also not a word of apology for all the small, but above all big disturbances and impositions of the past few weeks. And in recent years, there have also been repeated taunts about the idea of ​​emigration. They had entertained the media and the public well, but they wore the club down.

Robert Lewandowski is leaving the club, as these unapproachable professionals have always seen. Not as a person of emotions, but as an ice-cold professional. He left his mark in Munich. They were athletic, not for the heart. The fact that he of all people broke the all-time record set by the iconic Gerd Müller was a stab in the heart of the football romantics. But also a proof of its outstanding quality. Sport director Hasan Salihamidžić estimates that the record champions will lose 40 to 50 points per season. It's a conservative calculation. They should settle world transfer Sadio Mané and the rest of the squad. As of July 16, 2022, FC Bayern will not sign a direct successor to Lewandowski.

But the Bavarian "Basta!" is not as firmly stuck in the stone as the legendary sword Excalibur once was. Despite the knowledge of the canceled life insurance (Lewandowski), the club is not worried about the sporting continued existence. On the contrary. Club boss Oliver Kahn even sees himself as the winner of the sometimes quite clownesque event. The record champions have always "sat in the driver's seat" and always acted from the position of strength. And in the end, in our opinion, it was the best thing to give Robert the go-ahead. We at FC Bayern can live very well with this development." . A fee of 45 million euros and a few bonus payments should end up on the Munich account. Money for the targeted additions of Konrad Laimer (RB Leipzig) and Matthijs de Ligt (Juventus Turin).

The fact that all parties now see themselves as winners is the funniest and most deserved punchline in history. Because until this Saturday morning, 1.59 a.m., neither the bosses from Munich looked like winners nor the players. He had tormented the club to the end, had freely chosen the start time for the job and otherwise did not seem to be on professional paths. And you never really wanted to believe the alpha animals on Säbener Straße that they said "Basta!" pull through tough. That would probably have been a bigger sensation than the upcoming transfer (everything still has to be fixed in writing).

And besides, the thing with the "Basta!" eh very different than what had been reported in unison between Sonthofen and Flensburg. It was like this: "With 'Basta' you end a discussion. And that's exactly what I wanted at the time, because two months ago we had neither an offer for Robert nor alternatives in prospect. The situation has changed fundamentally since then," said Ex-Titan Oliver Kahn of the "Bild" newspaper. In the end, FC Barcelona would have offered a sum "where a sale makes perfect sense for us." In addition, they acted successfully on the transfer market at the same time and committed a world-class player to the offensive in Sadio Mané. Salute to Salihamidžić, the next winner in this crazy game. From being insulted, he has become an admired squad planner. Serge Gnabry's contract extension is on top.

And let's not forget Julian Nagelsmann. The coach no longer has to worry about how to force the convinced Pole into his own convictions. That should have already failed in the past season. Nagelsmann is considered a guy who is alienated from the classic role model center forward. The motto of the legendary mini playback show is: "Everyone was a winner, even if only one could win." Who that is? Settlement will take place on June 10, 2023 in the Atatürk Olympic Stadium in Istanbul, when the handle pot will be awarded. And this goal ultimately unites both the happiest soccer player on the planet this Saturday and the club that received the "Basta!" suddenly "bang". 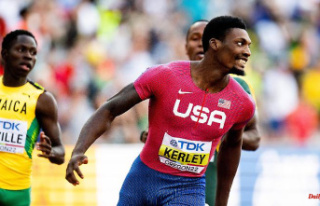 Kerley is 100-meter champion: US stars burn off historic...