For a brief moment, the contract negotiations between FC Bayern Munich and Serge Gnabry threaten to escalate. 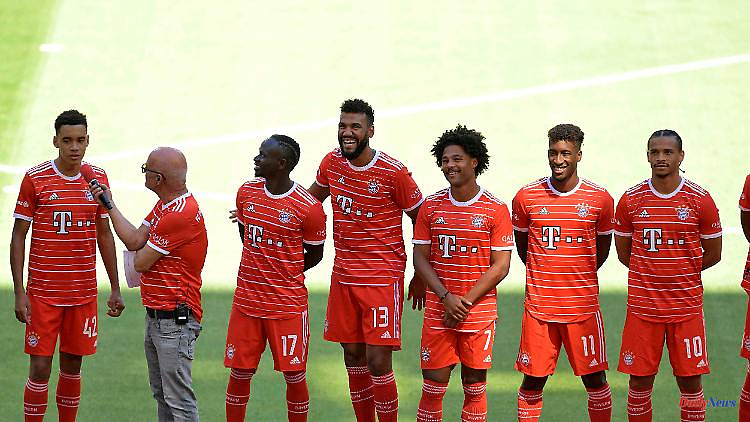 For a brief moment, the contract negotiations between FC Bayern Munich and Serge Gnabry threaten to escalate. The record champion is said to even threaten his offensive player with the stands, but then all sides calm down and the national player stays on the Isar.

National soccer player Serge Gnabry has confirmed his contract extension with Bayern Munich. "I'm happy that I've extended my contract here, I'm looking forward to the new season," he said to the cheers of around 20,000 spectators at the official team presentation in the Allianz Arena.

Gnabry wore a jersey with the number 2026 on the back - corresponding to the term of the new contract. The old one would have expired after the coming season. There had been a lot of speculation about the future of the 27-year-old in recent months, and a return to the Premier League also seemed possible. Gnabry made his professional debut at Arsenal in 2012, but was unable to assert himself in London in the long term. His breakthrough only began when he joined Werder Bremen in 2016.

"I thought a lot about what I want as a player for the next few years - and came to the conclusion: I want to stay at Bayern," Gnabry was quoted as saying in a press release: "I want to experience great moments here again - and not anywhere else. The hunger for big titles doesn't go away."

"With his spectacular style of play, Serge Gnabry is a player for whom the fans come to the stadium. We are glad that we have extended his contract and are pleased that he remains an important part of our team," said CEO Oliver Kahn in the according to the association's message sent shortly afterwards. You need "international top players like him to achieve our big goals".

"Serge has become a face of FC Bayern, he is a German international, a goal threat - and he still has potential that he will exploit," added sporting director Hasan Salihamidžić, emphasizing that the "good and trusting discussions with him and his advisors" had shown that Gnabry identifies with FC Bayern. 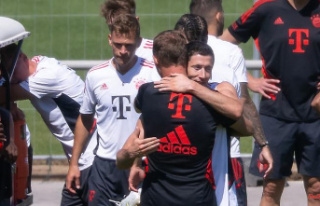