Lewandowski's tough announcement: "My story at Bayern is over"

So far, Robert Lewandowski has kindly announced that he wants to leave Bayern Munich. 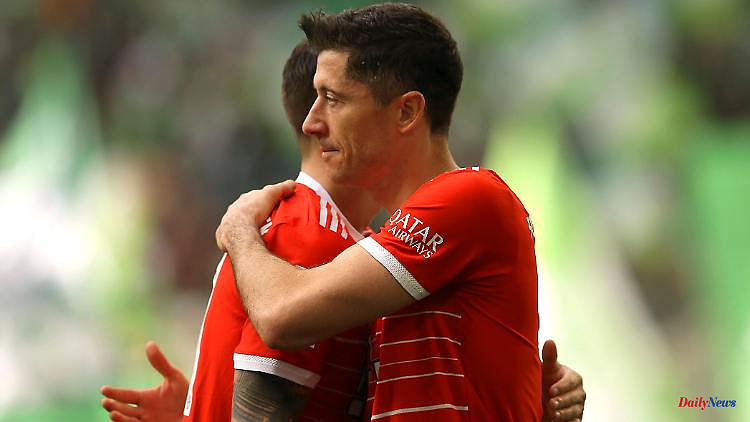 So far, Robert Lewandowski has kindly announced that he wants to leave Bayern Munich. After that is apparently not heard, it is over with friendliness. The Pole is fully on course for a confrontation with the German soccer champions.

In the roar of the Formula 1 engines, Robert Lewandowski only flirted with his departure from Munich - but one day later he mercilessly cut up the tablecloth. "My story at Bayern is over. I can't imagine another good partnership," said the second-best goalscorer in Bundesliga history - a tough message, a tremor whose waves immediately hit Säbener Strasse.

At the Polish national team's press conference, Lewandowski spoke calmly but firmly. The world footballer had held back for a long time, set tips here and there, and now he didn't mince his words. "I hope they don't stop me just because they can," said the 33-year-old, who probably wants to move to FC Barcelona: "My transfer is the best solution for all sides."

Another season at Bayern, as his contract envisages? No interest. The only problem: that's exactly what they've been imagining in Munich so far, at least outwardly the attitude is clear. Lewandowski has yet to fulfill his contract despite a reported €32m offer from Barcelona. The "Basta!" CEO Oliver Kahn clearly "showed: the door is closed!", said his predecessor Karl-Heinz Rummenigge.

Lewandowski, however, is now powerfully countering it from the inside. At the Formula 1 circuit in Monaco he had already raved about how "great" Spain was. "We have a house in Mallorca," he said, casually throwing his jacket over his shoulder. "The feeling for Spain is there, and I think it's a really good place - not just for vacationing there." But also to play football there.

FC Bayern can now consider whether they are looking for open conflict, whether they want to afford an unwilling, grumpy star striker - or whether they will lose face and give in. At the same time, the record champion is working feverishly on the realization of his king transfer Sadio Mané from Liverpool FC.

So it seemed as if the Munich team was planning with Lewandowski AND Mané. According to "L'Equipe", the versatile Liverpool striker has received an offer for a three-year contract with an annual salary of 15 million euros. Bayern are said to have offered the Reds 30 million euros as a fee, and they should be prepared to add up to ten million in bonuses.

Lewandowski's departure would make this easier financially. If the Pole really leaves, an era with eight championship titles, three cup wins, a triumph in the Champions League, a World Cup win and countless personal awards will end. The German national player Serge Gnabry also continues to reject a generous offer of 19 million euros per year to extend the contract beyond 2023.

Mané, a fixture in Liverpool since 2016, would be more than just an adequate replacement for Gnabry. Bayern announced the departure of French world champion Corentin Tolisso on Monday after five years. Contrary to his announcement before the Champions League final against Real Madrid (0-1), Mané did not comment on his future plans. There was also no public statement at Liverpool's title parade on Sunday. Pictures in the English media show him with a thoughtful look in the midst of celebrating teammates. Internally, it is said that he should reveal his desire to change team manager Jürgen Klopp these days. Lewandowski has now done this on stage. Stormy days await FC Bayern. 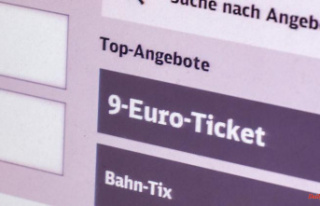