Precisely because her coming out is news, Craig Napier and Lloyd Wilson make their homosexuality public. 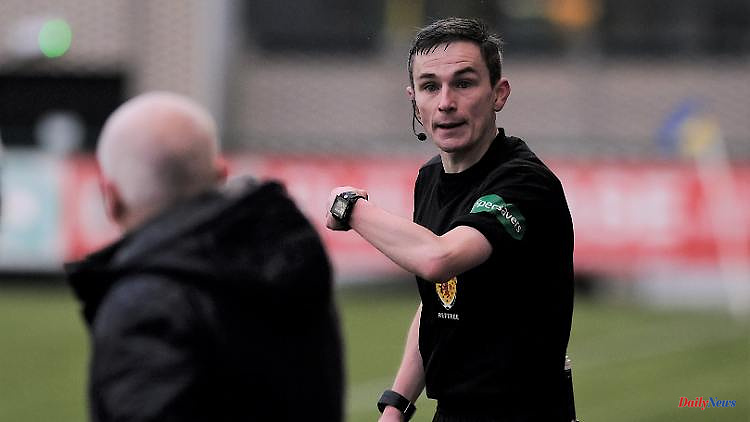 Precisely because her coming out is news, Craig Napier and Lloyd Wilson make their homosexuality public. The Scottish referee duo calls on football to follow social change towards more tolerance and acceptance.

In fact, referees prefer it when nobody talks about them. Then, in the vast majority of cases, they have performed well because they have not been conspicuous. However, Craig Napier and Lloyd Wilson are now going public precisely because they want to be spoken about. "It's about time the climate changed and people felt like they could be themselves and live happy, carefree lives - and that change spread to football," said Napier, who how Wilson made his homosexuality public: "This shouldn't be news, but I think it's necessary at the moment."

In a video released by the Scottish Football Association, Napier says he was much more open about his sexuality off the field, but "football is different". For a long time he kept his feelings to himself, which is why he now wants to advance the public discussion. "It feels like the end point of a journey to accept me for who I am." The coming out of the British water jumper and Olympic champion Tom Daley inspired him to take this step, "but not enough to make me feel safe with it", because: "There is still this barrier" in football, he says Referee who officiated ten top flight games in the Scottish Premiership in the season just ended.

Wilson does not officiate in Scotland's top flight and opens up in talks with Back Onside, a mental health organization. He, too, feels he has reached the end of a journey, "a horrific one, to be honest." For 17 years he had "lived a life I didn't want to live, lived a lie, lived in a way other people expected me to, or at least thought they expected me to." Football had a particular influence on this, Wilson continues. That is why he is now speaking publicly about his homosexuality in order to spare others this journey.

Napier also reports that Jake Daniels' coming out encouraged him. The 17-year-old from the English second division club FC Blackpool recently became the first active football professional in Europe to make his homosexuality public and received a lot of encouragement for it. "I admire his courage," says Napier, who regrets his long silence. "If I had told my friends - who all responded great to it - when Jake was old, I would have had a simpler, more fulfilling life." He can't turn back the clock, "but I can do my best to ensure that as many people as possible read that there is another way."

The 32-year-old is not only concerned with his personal feeling of no longer wanting to pretend. "Football should be a reflection of society, and the sobering fact that there are no openly gay players in Scotland," although that is statistically highly improbable to impossible: "It shouldn't be." Every time Napier opened up to someone, "it felt like I was lifting a load, physically and mentally."

1 North Rhine-Westphalia: Several slightly injured in... 2 Thuringia: Kühnert warns CDU against cooperation... 3 Dead and injured in attacks: bitter fighting for the... 4 Outclassed the Vice World Champion: Austria gets drunk... 5 Bavaria: Seriously injured after a fire in a Munich... 6 Bavaria: Three-year-old falls into a ventilation shaft 7 Thuringia: Kühnert warns CDU against cooperation... 8 Report from Odessa: "You can lose everything... 9 War in Ukraine: "Four rocket launchers, that's... 10 Drome. Romans-surIsere: A young man aged 20 who was... 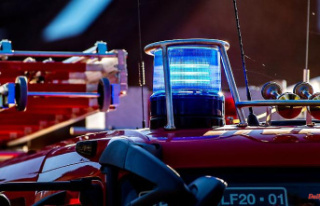