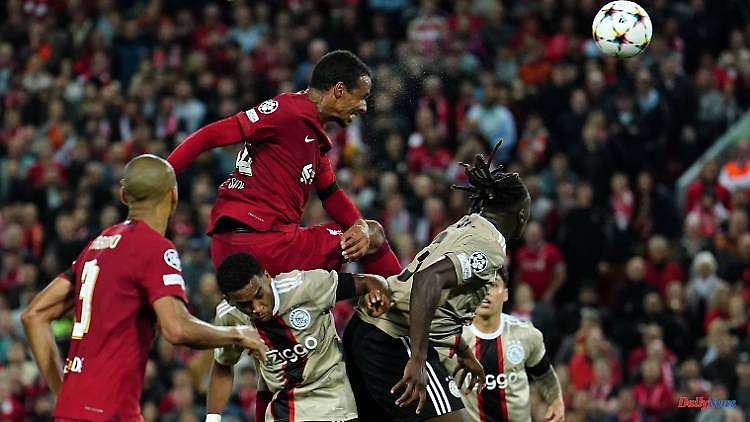 Liverpool FC started the new Champions League season last week with a 4-0 loss at SSC Napoli. After a leisurely start in the league, there is now a risk of a false start in Europe. In the second game against Ajax it is 1-1 for a long time. Then Joel Matip jumps up.

A last-minute goal from former Schalke player Joel Matip got Liverpool and Jurgen Klopp back on track. The 2-1 (1-1) win against Ajax Amsterdam in the Champions League a week after the 0-4 nightmare in Naples brought great relief to Reds supporters. A draw against the Dutch representative would not only have caused further unrest, but would also have significantly spoiled the prospects of Jürgen Klopp's team in the premier class.

"If you compare Naples and tonight, you might think it wasn't the same sport," said Jürgen Klopp after the game. "Everything was better. It was a first step, a very important step." However, it was also a move that failed to hide Liverpool's troubles. In the absence of new signing Darwin Núñez, who was still struggling in form and came on in the 66th minute, the Reds showed a marked improvement. But in front of goal they were lavish with their chances.

After Mo Salah's early lead in the 17th minute, Liverpool threatened another setback in the Champions League despite their dominance. The equalizer by Mohammed Kudus in the 27th minute gave Liverpool plenty of good chances to take the lead again, especially in the final stages of the game, but despite ten shots on target and 14 in total, the Reds feared for three until the last minute Points.

"I've had a few chances before that, so it was nice to score," said Matip after scoring his first goal in the Champions League since December 11, 2013, when he scored in FC Schalke 04's 2-0 lead against Basel. However, it was not clear to the native of Bochum whether the goal would count at all. Ajax player Dušan Tadić had cleared the Liverpool defender's header. Anxious seconds followed for Matip, Liverpool and coach Klopp, who didn't want to look at the sidelines at all. "To be honest, I wasn't sure if he was in. But when I saw the referee, emotions ran high," said Matip.

Liverpool are now going into the extended international break with a good feeling. After the cancellation of the game against Wolverhampton last weekend, the Reds are also without action in the Premier League on Sunday. Her game at Chelsea is canceled due to Queen Elizabeth II's state funeral scheduled for September 19. "Now we have a strange, rather long break," said Klopp, who will only return to the touchline for the game against Brighton on October 1.

(This article was first published on Wednesday, September 14, 2022.) 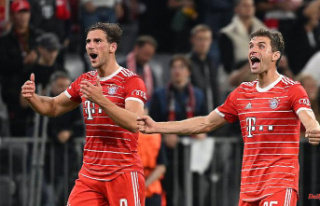