The story of Max Kruse's retirement is one of the great stories of the first weeks of the 22/23 Bundesliga season. 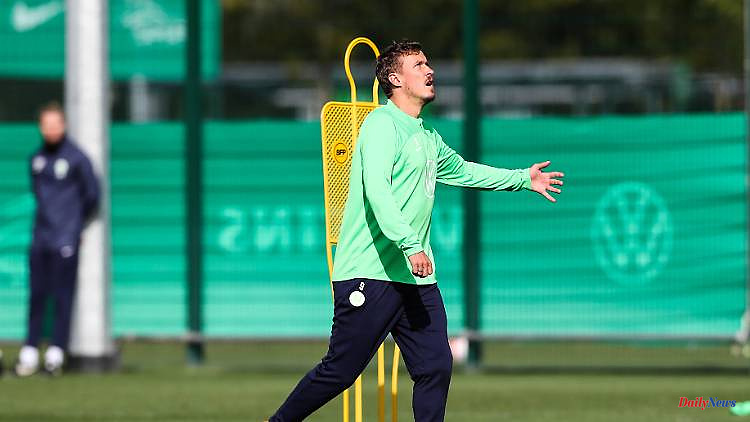 The story of Max Kruse's retirement is one of the great stories of the first weeks of the 22/23 Bundesliga season. He was demoted in Wolfsburg, admired for it elsewhere: Union Berlin supporters celebrated him. He likes to pick up the salt shaker.

Max Kruse adds salt again. After the Wolves' defeat at Union Berlin, the degraded Wolfsburg star thanked the supporters of the Bundesliga leader. They mocked the eleven from the Mittelland Canal around coach Niko Kovac on Sunday. A celebration for Kruse, who lives in Berlin and is now supposed to warm up the goalkeepers in Wolfsburg for a salary in the millions. "I will not forget what happened over the weekend," said Kruse in a statement on Instagram. "I heard what the fans were singing. It's a nice feeling to hear something like that from the fans of a team where you used to play. So thank you very much."

The former national player switched from Union Berlin to Wolfsburg at short notice in January 2022. The wolves, who were already in trouble at the time, sweetened the transfer with indecent millions of euros for both the Berliners and the player and at least benefited from it in the first half of the year. The fans of the cult club from the Berlin district of Köpenick were anything but happy about the departure. But the ongoing sporting madness in the old forester's house quickly overlaid such resentment. Nevertheless, they didn't let the mockery chants take away from them at the weekend.

They sang a happy and quite amusing "You don't have a chance without Kruse" in the direction of Wolfsburg and otherwise celebrated the way you do when you're suddenly at the top of the table and nobody really knows how long the party will last will last. The chants are therefore more likely to be understood as a mockery of Wolfsburg and not as pro-Kruse chants. Kruse might not have cared about that at all.

The fact that Kruse is no longer needed in Köpenick is proven week after week by the leaders of the Bundesliga. In Sheraldo Becker and US international Jordan Siebatecheu they have two of the most successful attackers in the league under contract. Together they have already scored nine goals, as many as title contenders Borussia Dortmund in total. Becker also applied early for the title of top scorer.

The title had become vacant this summer following Robert Lewandowski's chewing gum departure for Barcelona. With six goals, Becker is currently enthroned at the top of the scorer list, a real pursuit can only be identified in Bremen's Niclas Füllkrug. Bayern, as colleague Tobias Nordmann wrote yesterday, would basically do well to score again.

However, the fact that Union Berlin is so accurate is causing quite a stir internationally. Because after evaluating all the data, the Köpenickers shouldn't do that at all. This has to do with the expected goals value. In short, it shows how many goals a team should have scored out of the total number of goals scored. The more promising the shooting position, the higher the expected goals value. A penalty kick, for example, is rated at 0.9 in the many models.

All values ​​show that Union Berlin should not have scored more than between four and six of the previous 15 goals. But they don't. They scored 15 goals. Every real Bundesliga table shows that. Football cannot always be explained with data. That's why Union Berlin is now at the top, including five points ahead of the troubled Bayern, who can no longer become champions on their own at the moment. Union is not in the middle of the table, i.e. on an equal footing with local rivals Hertha BSC, as can be read on one of the pages. They perform over, even without Max Kruse.

In only the fourth Bundesliga season, some experts now even trust the iron team to win the championship. The most prominent example from the crowd is former international Michael Ballack. "Dreaming is allowed," said the 45-year-old from "Sport Bild": "Why not? I experienced that with Kaiserslautern in 1998 when we became champions as a promoted team. Or there is the example of Leicester, which surprisingly won the title in 2016 won the Premier League."

Ballack spoke of the frenzy that a team can get into and then "carries a team through the entire season". VfL Wolfsburg got into such a frenzy in the 2008/2009 season. Back then, under coach Felix Magath, they surfed a wave of euphoria. They were the last Bundesliga champions who weren't called either Borussia Dortmund or Bayern Munich. Max Kruse played for Werder Bremen's second team in those years. He was just 21 in the summer of 2009. He could hardly have imagined the unrest he would cause at the other end of his career.

"In the night from Sunday to Monday there was a lot going on in front of my front door. There were some Union fans with Bengalos here, the police had to come because it got a bit too loud," he said: "I know this recognition very much I really appreciate it and I want to say thank you." Meanwhile, on the Mittelland Canal, they have to wash the fresh salt out of the gaping Kruse wound. 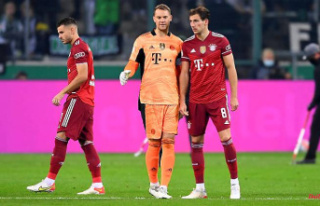 "The alarm bells go off": Flick is missing...