Ludger Beerbaum defends himself: "I'm definitely not an animal abuser"

At the beginning of the year, secretly filmed recordings suggest that Olympic champion Ludger Beerbaum tortured animals on his farm. 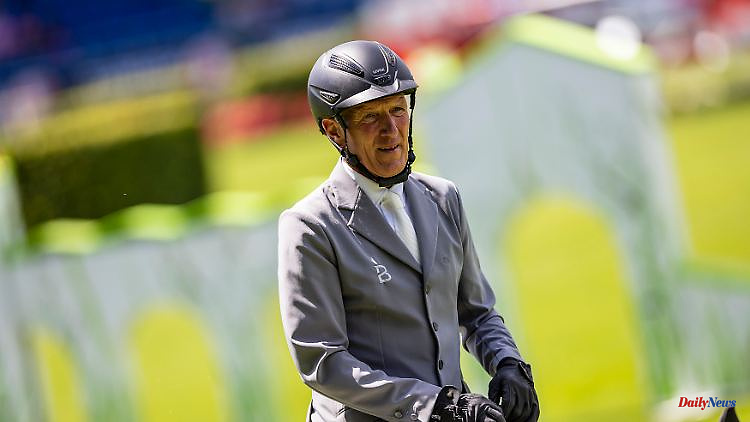 At the beginning of the year, secretly filmed recordings suggest that Olympic champion Ludger Beerbaum tortured animals on his farm. The successful show jumper does not want to accept these allegations. In an interview he calls for more openness and criticizes equestrian sports associations.

The German show jumper Ludger Beerbaum has defended the use of certain techniques and methods in equestrian sport against criticism. "We can't compete in a show jumping competition or in dressage with only a rope around our necks," says the multiple Olympic champion in "Spiegel". Horses have to be shaped and stimuli set - "over the reins, with a bit, a riding crop or even spurs. Used animal-friendly, that's absolutely okay," says Beerbaum. "Of course, no horse must be injured."

The 59-year-old athlete, who breeds and trades horses himself, was criticized in January after RTL secretly released film sequences from his riding stable. Among other things, you could see pictures that suggested torture of the horses. "I'm definitely not an animal abuser," Beerbaum told Der Spiegel. The post put him in a completely wrong light. "I can well imagine that some of the images look ugly, especially to people who cannot assess what is going on."

One scene showed one of Beerbaum's employees hitting the horse in the legs with a pole while Beerbaum jumped over an obstacle with the animal. But it wasn't about blows that caused pain, "but about impulses to improve the jumping technique of the horses," Beerbaum defended in the interview. An investigation initiated by the public prosecutor's office has been discontinued.

Beerbaum was disappointed by the German Equestrian Federation (FN), which had distanced itself from the former world-class show jumper early on after the RTL report. "She really poured fuel on the fire," criticizes Beerbaum, against whom disciplinary proceedings are still pending. "My impression is that the association is letting itself be driven by the public and that its footing is clearly too slim," he adds, referring to the training methods questioned by parts of the public, such as the use of riding crops or spurs. "You have to show your colors and explain."

The methods shown in the TV report were not endorsed by the international equestrian sport association FEI and described them as "unacceptable". "The FEI is making things too easy for itself with its sweeping approach to the subject," Beerbaum shoots back. The 59-year-old triumphed with the German team at the Olympic Games in 1988, 1996 and 2000. In 1992 he also won the gold medal in the individual competition in Barcelona. In the meantime, the end of his career is in sight, says Beerbaum. "But in the coming year it will only go further."

1 DLV is looking for a sports director: the Lückenkemper... 2 First competitive game after the World Cup: Man United... 3 Gabriel Clemens starts strong: German darts star gives... 4 Russian has to give up medal: Olympic gold is ten... 5 "That disappoints me": National coach Gislason... 6 "Keep squeezing more and more out of lemon":... 7 Infections paralyze Germany: in addition to viruses,... 8 Since the 9-euro ticket: More people are being stolen... 9 Searches for fraud: Duo warned website owners thousands... 10 Why did the fish tank break?: Expert calls AquaDom... 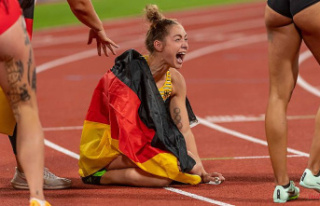 DLV is looking for a sports director: the Lückenkemper...