The Boston Celtics are the best team in the NBA with a .739 win percentage. Despite some bumps in the road in December, The Boston Celtics are the best team in the NBA with a .739 win percentage. Despite some bumps in the road in December, the Celtics have gotten back on track, winning each of their past eight games.

Led by Jayson Tatum and Jaylen Brown, the Celtics are much deeper than their two marquee players. Boston is loaded with talent with minimal holes. All things considered, the Celtics are one of the deepest teams in the NBA. But that doesn't mean that they don't have their flaws.

One of the biggest issues the Celtics have faced this season correlates with the 25-year-old Robert Williams who opened the 2022-2023 season rehabbing from a knee injury initially suffered at the end of the 2021-2022 season.

Although Williams managed to return in the midst of last year’s playoffs, he played through discomfort and ultimately underwent a cleanup procedure in September, putting him on the shelf to start the current campaign.

Williams may not be an elite player like Tatum or Brown, but his absence was significant. Williams broke out last season and played a tremendous role in the Celtics ending last season as the NBA’s No. 1 team in defensive rating. Furthermore, Williams was also voted to the NBA’s  All-Defenive team while also garnering votes for Defensive Player of the Year.

Between what Williams brings defensively as well as his rebounding prowess, the emerging center is not easy to replace.

When it comes to replacing an injured Robert Williams, one name comes to mind. Luke Kornet. A 27-year-old 10-year veteran in the NBA, Kornet is a journeyman who is now on his third stint with the Celtics. Only this time, he’s made his greatest impact.

Normally Boston’s No. 3 center, Kornet had to step up while Williams was sidelined. This is especially true since Danilo Gallinari was also sidelined with a knee injury of his own and is on the wrong side of playing at all this season. What’s more, Al Horford and Blake Griffin are both on the back ends of their careers. There was an immense need for Kornet to fill in the gap and he did so while exceeding expectations.

Managing a larger role than expected and playing extended minutes due to the injuries to both Williams and Gallinari, Kornet proved to be a terrific fit in interim head coach Joe Mazzulla’s system despite his limitations when it comes to his athletic ability.

How Does Luke Kornet Make His Impact?

At 7’2” and 250 pounds, Luke Kornet relies on his height and wingspan to make plays. Importantly, on the defensive end of the court. When you look at Kornet’s stat sheet, you will see that his numbers are erratic. Mostly, because he is not the locked and loaded starter. But when he does receive significant minutes, Kornet manages to hold his own.

In addition to his defensive upside, Kornet also makes an impact on the glass. He averages 9.5 total rebounds per game per 36 minutes according to Pro Basketball Reference. He also averages 2.4 blocks per 36 minutes, which is 10th best in the association.

When it comes to offense, Kornet is average at best for a role-playing third-string big. He averages 11.7 points per game per 36 minutes and does not bring a lot from behind the arc. Kornet makes the bulk of his impact from inside the paint.

Rumors suggest that the Celtics may trade for Jakob Poeltl, which would affect Luke Kornet’s playing time in meaningful games especially. The team has greater needs than another big, but a move for Poeltl is certainly in play.

If Boston does not trade for another big, look for Kornet’s role to remain similar to what it is now with Robert Williams back from his injury, which is enough time to continue making an impact into the postseason.

When it comes to the NBA Playoffs, the Celtics are one of the favorites to win the NBA championship, which you can bet on with the best Massachusetts sports betting promos.

However, be mindful that playoff basketball is a different animal. Contending teams will cut down their rotations, which could also impact Kornet’s overall playing time, barring another injury to Williams. But if Williams was to once again succumb to another injury, which is not out of the equation, the Celtics should be confident that Kornet will get the job done when his number is called.

1 How to play at Super Mario online? 2 Bringing More Wellness into Your Life 3 Are V Necks for Guys Out of Style? 4 4 Tips for Calculating a Personal Injury Compensation... 5 Poker: Play By the Rules or Live on the Edge? 6 The Era of Online Gambling: What is the impact of... 7 Practical Ways To Gain Insight Into Employee Engagement 8 Economic Citizenship Program in Grenada 9 What is Business Process Modeling Notation (BPMN)? 10 Hodges expects new phase: Former US military: "The... 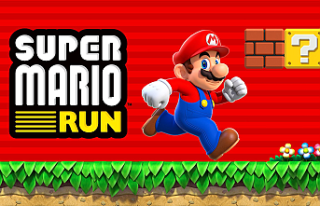