The draw kings of the 2nd Bundesliga play in Kaiserslautern. 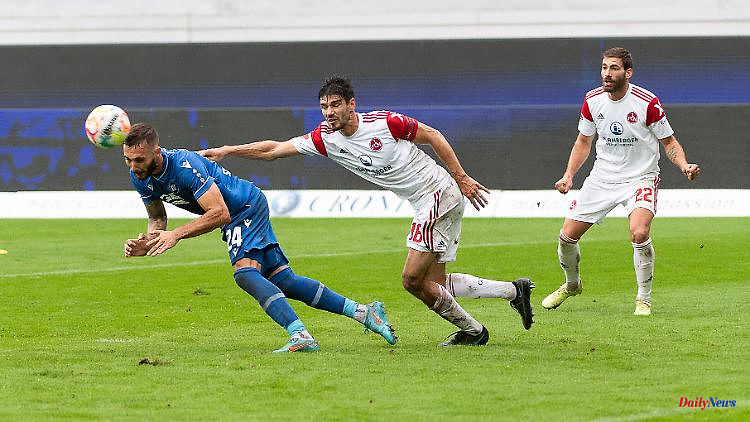 The draw kings of the 2nd Bundesliga play in Kaiserslautern. 1. FCK is playing a draw for the fifth time in a row. Things are going better for fellow climbers Magdeburg – thanks to a curious goal. At Karlsruher SC someone scores that hurts the guests particularly badly.

Karlsruher SC won the midfield duel in the 2nd Bundesliga with 1. FC Nürnberg and increased the concerns of the Franconians again. After the last three games without a win, the Badeners deservedly won 3-0 (1-0) and inflicted the club's fourth away defeat. The former Nuremberg relegation hero Fabian Schleusener (45th), left-back Philip Heise (78th) and Marvin Wanitzek (82nd) ​​scored in front of 19,268 spectators in the wildlife park. While KSC settled in the top half of the table, Nuremberg, in 13th place, has to look down: the advantage over the relegation zone is only two points.

At the break, the guests could thank goalkeeper Christian Mathenia for not being further behind. The KSC ran high and was more greedy. After 20 minutes the goal shot ratio was 7:1, after 45 it was 14:3.

Schleusener scored Karlsruhe's fourth header of the season from the penalty spot. After the change of sides, Nuremberg was initially more agile, but missed the last pass too often. The punished the efficient KSC ice cold. A curiosity happened before the game: the police erroneously escorted a Nuremberg fan bus to the cabin wing. The supporters had to turn back, 15 minutes later the right team bus arrived.

Thanks to a curious winning goal, promoted 1. FC Magdeburg celebrated a liberation in the table basement. Coach Christian Titz's team won against Jahn Regensburg 1-0 (0-0) and lost 18th place to Arminia Bielefeld. With ten points, the Magdeburg team also left the relegation zone. Luca Schuler (68th) shot the Titz team to their third win of the season with a remarkable goal after Jahn goalkeeper Dejan Stojanovic had spectacularly undermined a long shot by Magdeburg keeper Dominik Reimann. Schuler just had to push the ball over the line.

The hosts were more active against Regensburg. But while Magdeburg made the game, the guests put their pinpricks. Christian Viet (11th) failed from 20 meters to Reimann. The keeper also made saves against Andreas Albers (23') and Nicklas Shipnoski (30').

The Magdeburgers, who were clearly superior in the field, also had their chances. Leon Bell (35th) even scored. But his goal was disallowed for offside after video evidence. After the break, Magdeburg continued to run, Connor Krempicki (51st) tested Stojanovic. Shortly thereafter, Baris Atik (57th) drew a free kick from 25 meters wide of the goal. Towards the end, Regensburg became more present again - and remained extremely dangerous after counterattacks. Prince Owusu (66th) had the lead on the foot when he forced Reimann to do the next brilliant thing. Then Stojanovic made a mistake.

1. FC Kaiserslautern has finally been crowned the draw king. The four-time champion did not go beyond a 1: 1 (0: 0) in the promotion duel with Eintracht Braunschweig. It was the fifth draw for FCK in a row. Boris Tomiak (55th) scored for the Palatinate, who could not convert their superiority into three points. Lion Lauberbach (52nd) put Braunschweig in the lead.

In front of 35,000 spectators on the Betzenberg, the hosts were the dominant team at the beginning with the best Fritz-Walter weather. However, the Palatinate failed to take the lead. In the 17th minute, FCK were lucky that Anthony Ujah's header was not recognised. Referee Robert Schröder had seen a foul by Braunschweiger - a controversial decision.

On the other hand, the Red Devils then missed several good opportunities. Despite being overweight, FCK failed to score before the break - FCK were denied a penalty after a handball (45'). In the second period, Lauterer surprisingly conceded the deficit by Lauberbach in a counterattack. The hosts' furious attacks were quickly rewarded with Tomiak's equaliser.

After that, FCK pushed for the lead, Terrence Boyd was unable to take advantage of a big chance (63'). Eight minutes later, Schröder rightly took back a red card against Lauterer Philipp Klement after studying the video. 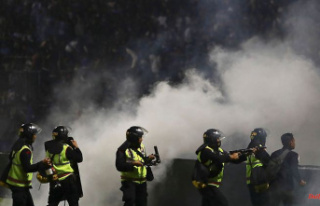