Tatjana Maria is the mother of two daughters and an extremely good lawn player. 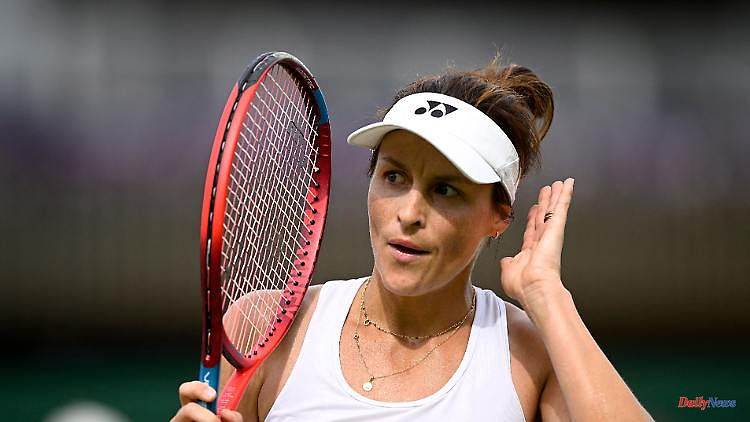 Tatjana Maria is the mother of two daughters and an extremely good lawn player. In Wimbledon she moves into the round of 16 - for the first time in her career. Also because she has a very special punch. "I know everyone is stressed about it, even before the match."

In the childcare center over in Aorangi Park, hardly a topspin forehand accident away from the hustle and bustle in Wimbledon, the jubilation should have been great. At least for Charlotte, because at eight years old she is already a real tennis expert and her mother Tatjana's biggest fan. Her last name is Maria and she is surprising the entire tennis world these days.

Only 15 months after the birth of her second daughter Cecilia, she has achieved something unique in her career. With the 6: 3, 7: 5 against the world number five Maria Sakkari from Greece, Maria followed the furious Wimbledon debutant Jule Niemeier into the round of 16, for the first time ever she is in this round at a Grand Slam tournament.

"There are no words for it, just the sheer joy of being able to experience this with my family," Maria said. In the exuberance of feelings, she sent a declaration of love to her husband and two children from the seat. "Without him none of this would be possible, he always believes in me, he supports me in everything." Charles Edouard Maria is not only the chief organizer of the traveling family business, he is also the trainer of his successful wife and daughter Charlotte. "I try to be a role model for her," said Tatjana Maria and announced: "She will be the next champion."

Maybe also with such a poisonous slice forehand as her mother. Maria annoys her opponents on the Holy Lawn in Wimbledon with this shot, which is actually out of fashion. "I know everyone is stressed about it even before the match," she said. She will therefore stick to her tactics, even in the round of 16 against former French Open winner Jelena Ostapenko from Latvia. But "as overjoyed" as she was on Friday, "as special" as the victory over Sakkari felt, she quickly ticked off the greatest success of her career. "My focus is on my children," said Maria: "Nothing changes for them, I'm still their mom."

One who plays very good tennis - and also wants to get rid of something: For Maria "it is time" for mothers to be helped more on the tour. She has collected many examples - starting with childcare, which only exists at Grand Slam tournaments. Or the fact that pregnant players are considered "injured" and the same rules apply to them when they return after childbirth ("protected ranking") as after a cruciate ligament rupture.

Maria wants to be a role model, for her daughter Charlotte, for other women on tour, for other mothers around the world. "Having a family is a beautiful thing," she said. Standing with her in the round of 16 at Wimbledon was obviously pure joy. 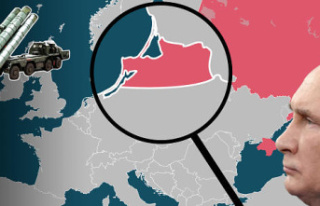 We unravel the tensions at Kaliningrad, the Russian...