It used to be the super talents that the fans were happy about. 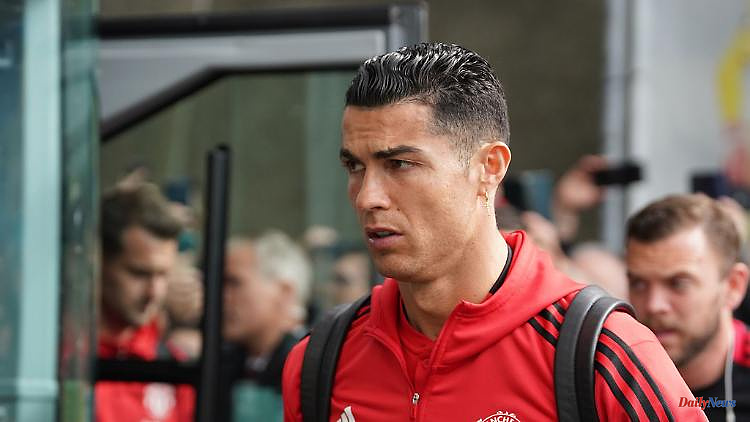 It used to be the super talents that the fans were happy about. That could change next season. The Bundesliga becomes the meeting place for aging gentlemen. What suddenly seems possible! Insanity. Thank the rumor madness!

And what a fascination the giants exert in the career autumn! Well, Boateng maybe only in Berlin's Westend or on the soccer fields at Gesundbrunnen, this rocked-down home of Hertha and its stars. But at least. Götze's homecoming, on the other hand, pushed Mané out of the national spotlight for a moment before it was raised to the top topic again by three Bavarian alphas. And what a show that was! Even the Allianz Arena lit up in honor of the new star. It would have been nice to know what the Senegalese thought when they saw the Munich bosses, who, in their euphoria, could hardly prevent themselves from bursting with pride. For the correct classification: The Mané deal is great (no irony)! And at the age of 30 and in his absolute top form last season, he actually only has a supporting role in the aging ensemble.

According to everything that is known on this Friday afternoon, President Herbert Hainer, club boss Oliver Kahn and sports director Hasan Salihamidžić have recovered well from the rhetorical tour de force in the Allianz Arena. They had lifted every imaginable superlative. The only thing they didn't unpack (as far as we know) was the word "historic". It was really a historical thing! But these are all gimmicks. Because now Ronaldo is approaching. So not directly and probably not really either. Salihamidžić naturally denied a possible change in the evening. FC Bayern would never admit in this situation that they were seriously concerned with Ronaldo. Even if it were. And so the rumor stayed. The world is running hot. The experts give their opinions. A pointless game. But an extremely popular one!

Who cares about reality? The imagination is much more exciting. And because of that, the rumors have become real business. There are actually people who make a lot of money by telling other people what they have heard. And the audience loves it. And paints the world beautiful and gigantic. Ronaldo in the Ruhr Stadium. Cross from Mané, overhead kick from CR7 at 2.39 meters, new world record! Götze dribbles through the Westfalenstadion, tunnels Mats Hummels, a magical moment that paves the way to the desert World Cup in Qatar. Boateng enraptured the West End with a free-kick masterpiece before thick ice packs were wrapped around his knees. And Schalke marvels at the world-class finishing power of new signing Sebastian Polter (and of course at that of second-division giant Simon Terodde).

It's remarkable: The hype about young super talents in the Premier League - Armel Bella-Kotchap, for example (many may not know that the 20-year-old from Bochum is one of the greatest German defensive talents) has followed the temptation - the Bundesliga sets, even without Ronaldo, to counteract the power of aging gentlemen. In Munich, Manuel Neuer titanizes himself into an ever-growing legend, while the iconic Thomas Müller sneaks away from every attack on his unassailability. Or just talk him away.

Union Berlin is fascinated by Christopher Trimmel's outstanding crosses. VfL Bochum is enthusiastic about the extravagance of goalkeeper Manuel Riemann and the fatigue of captain Anthony Losilla. And at Borussia Dortmund they still dream that Marco Reus will give them another big title (championship or Champions League or just good football). Sure, Jamal Musiala and Florian Wirtz are still there, providing fascination and enthusiasm. But only Jude Bellingham has a leading role (after Erling Haaland left the league for Manchester). The Bundesliga is making a statement this summer: the country needs aging men. And what not everything still seems possible!

The part-time motivated, known as Gareth Bale, also needs a club that gives him the opportunity to train. His promise: no trouble (more like approval) if there are no assignments. Bale just wants to shine again. With Wales. At the pre-Christmas World Cup. After that, his career ends. Maybe he'll get hired on the fashionable Mittelland Canal first? He could take turns there with legend Max Kruse when he's back in the States to play poker. South Africa edge Hlompho Kekana (37, defensive midfield, for those who didn't know) is also looking for a club. Real Madrid's friendly full-back Marcelo and the former mega-talent Giovani dos Santos (33, more of a hanging point) are waiting for lucrative orders, and Diego Costa (33) and Jo (35, both are strikers) are also looking forward to offers. Oh, it's all so pointless. 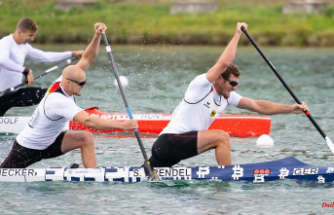 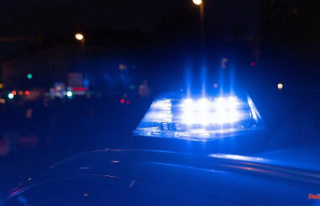 Angry crowd in Hanau: police officer is injured after...