Many advocates, few options: Mick Schumacher is running out of time in F1

Mick Schumacher is still without a cockpit for the 2023 season. 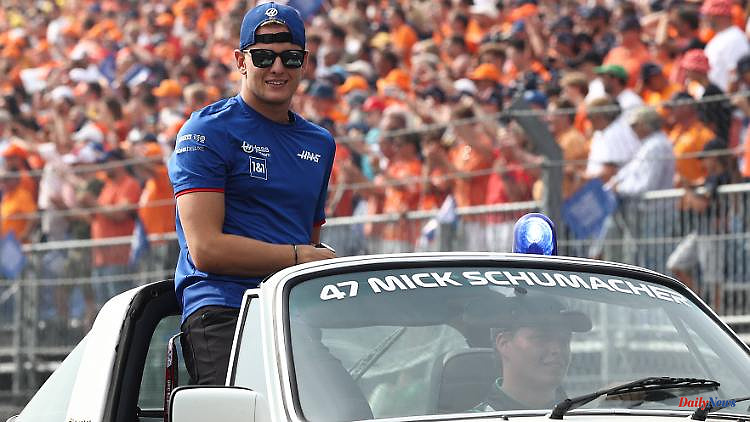 Mick Schumacher is still without a cockpit for the 2023 season. His current employer, Rennstall Haas, has been reluctant to offer him a new contract for a long time. The son of Formula 1 legend Michael Schumacher has many advocates, few options and one concern before the classic in Monza.

Mick Schumacher doesn't have high hopes at all. "It's going to be a tough weekend," said the Haas driver before the Formula 1 classic in Monza (Sunday, 3 p.m. / Sky and in the live ticker on ntv.de) and verbally shrugged his shoulders: "But there are times those kinds of tracks where our car doesn't perform as well as we'd like."

Under normal circumstances, points will probably be nothing for Schumacher in the "Temple of Speed", unconditional full throttle is not for his VF-22. In addition, there is a penalty transfer because the gearbox of his car has to be changed. He will have to move back at least five positions on the starting grid on Sunday.

Above all, the 23-year-old needs something countable in order to get another contract for next year. Be it with Haas. Or another racing team. With the Italian Grand Prix, he only has seven races left.

Although the form curve at Schumacher has gone up significantly in the past few weeks, he has not yet secured a cockpit for 2023. And because Sebastian Vettel ends his career after the season, it cannot be ruled out that in 2023 there will be no German driver in the premier class - that was last in 1981. A horror scenario for many experts.

"Mick deserves a place in Formula 1," said Mercedes Motorsport Director Toto Wolff recently. The son of record world champion Michael Schumacher is "a great personality, he has talent, he's fast. He just needs more time." If the Silver Arrows hadn't already signed Lewis Hamilton and George Russell for 2023, Schumacher would even have a chance of getting the job at Mercedes - like his dad once did. "If a place should become free, we always take the one with the best performance," said Wolff: "Mick would definitely be one that we would have on the radar."

But, as is well known, all theory is grey. And so not only Sky expert Nico Rosberg says about Schumacher's Formula 1 future: "I see the best chances with Haas and Williams for next year." At Williams, they are unhappy with Nicholas Latifi's performances. At Alpine, where the place of Fernando Alonso, who is switching to Aston Martin, becomes vacant, Schumacher probably only has outsider chances at most. Pierre Gasly, previously AlphaTauri, is the favorite there. Gasly's place with the Red Bull sister team, on the other hand, could be taken by the American Colton Herta. Herta is still driving in the IndyCar series.

Either way: Schumacher must continue to deliver. With twelve points, he is 15th in the World Championship standings, his Danish team-mate Kevin Magnussen is eleventh with ten points more. Most recently in Zandvoort, Schumacher drove well, then the team botched two pit stops. But they haven't completely given up hope that things will go better in Monza. "We always try to do our best, you never know if it might not rain after all," said team boss Günther Steiner: "You always have to give 100 percent." 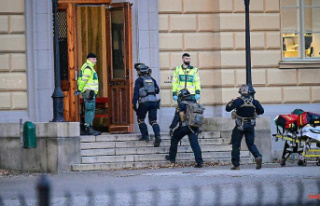