Before Ivan Fedotow can travel to Philadelphia to play for the local Flyers, the Russian is arrested in St. 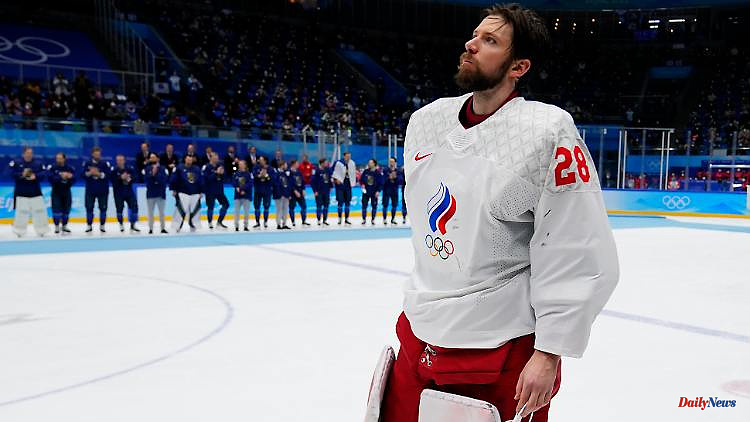 Before Ivan Fedotow can travel to Philadelphia to play for the local Flyers, the Russian is arrested in St. Petersburg. He is said to have refused military service. His case also worries NHL clubs. Are all your Russian stars coming back for the new season?

Alexander Ovechkin told in detail about his football match in Dynamo Moscow shirt. When the name Ivan Fedotov came up in the interview, the Russian ice hockey superstar was suddenly taciturn. "No, why?" replied the NHL striker when asked if he would like to comment on the national goalkeeper, who would also like to be a professional in the USA.

According to Russian media reports, Fedotov is in a military base in the Arctic instead of in Philadelphia, where he is supposed to be between the posts for the Flyers from autumn. According to his lawyer, the 25-year-old, who won Olympic silver in Beijing four and a half months ago with the Russian team, was brought there because he is said to have refused military service.

Videos on social networks show Fedotov being arrested in front of the training hall in St. Petersburg and in an ambulance in front of the army draft office. He got an injection and didn't feel particularly well afterwards, his lawyer reported. His parents were not allowed to visit him in the hospital.

The Fedotov case has startled the NHL - even if one of its biggest stars prefers to remain silent. There is great concern as to whether all of their Russian professionals will be allowed to travel to Canada and the USA again for the new season. "I think a lot of us are concerned," said Todd MacLellan, general manager of the Washington Capitals, Ovechkin's employer. Nobody knows what will happen. It could be that the players are refused departure: "There are many questions, but no answers."

That's why MacLellan and his NHL colleagues also asked their Russian professionals to spend the summer in North America or in the EU. Most of them, however, traveled back to their homeland, to their families. Ovechkin, as he documented on Instagram, flew to Moscow after a holiday in Turkey, ran into a show game for Dynamos footballers and took part in the farewell game of his long-time ice hockey colleague Alexander Sjomin.

It is unlikely that he will be stopped by the Russian government in his pursuit of Wayne Gretzky's NHL goal record. After all, the 36-year-old is a self-confessed fan of President Vladimir Putin. Despite his war of aggression against Ukraine, a joint photo still adorns his Instagram account. And the ice hockey fanatic Putin is a fan of what is currently Russia's biggest sporting flagship.

It might be different for less prominent players - especially those looking to move to North America for their first NHL season. Those responsible for the club will probably think three times about whether they are really drawing a Russian talent in the first round in the NHL draft on Thursday and Friday.

The Russian junior players are officially approved for annual distribution among the clubs. League boss Gary Bettman recently pointed this out again. Even though the NHL has severed its economic ties to Russia, Ovechkin and Co. are still allowed to play in their clubs. If Putin lets them. 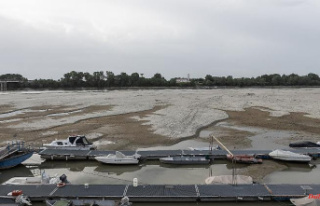 In five regions of the country: Italy declares a state...