For once, Stephen Curry is not the celebrated star of the evening, but his Golden State Warriors still win and secure two match points for the NBA title. 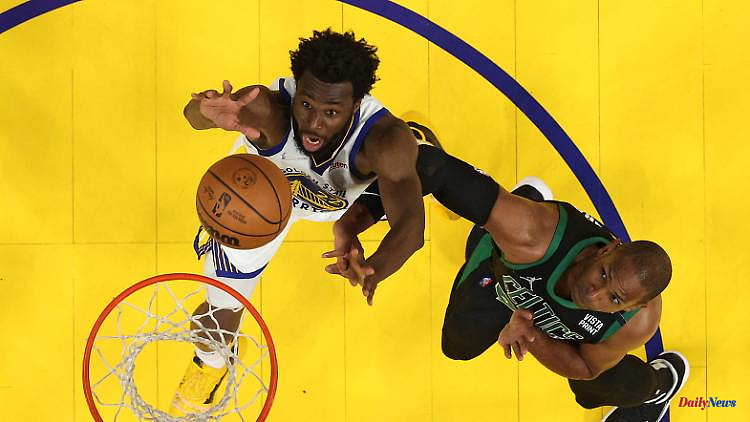 For once, Stephen Curry is not the celebrated star of the evening, but his Golden State Warriors still win and secure two match points for the NBA title. Because Andrew Wiggins plays big - and his performance reminds him of his father. He also defeated the Boston Celtics once in game five.

Even on a night without a lucky hand at Stephen Curry's, the Golden State Warriors took a giant step towards the NBA title. Without a single three-pointer in nine attempts, the basketball superstar remained well below his usual level and was still able to celebrate a 104-94 against the Boston Celtics.

The Warriors are just one win away from their seventh title in history. "He didn't hit any of nine threes. He'll be mad as hell. And that's exactly what we need before game six," said Curry's teammate Draymond Green before the game in Boston on Friday night. "Even for the best shooter in the world, there are games like that. Luckily not that often," said Warriors coach Steve Kerr.

Curry only scored seven of his 22 attempts, three days after his 43-point gala in Boston there were only 16 points in front of the home fans. The MVP candidate also remained without a three-pointer for the first time after 132 consecutive playoff games, all of his nine attempts went wrong. Curry's run of at least a three-pointer a game (main round and playoffs) ended after 233 games.

The fact that the Celtics were still 16 points behind in the first quarter and that even an outstanding race to catch up in the third quarter with a lead of up to five points was not enough for them seemed like a preliminary decision immediately after the duel in the Chase Center. "It was more than just a run, they pretty much dominated the whole quarter - it was huge that we still went into the last quarter with a lead," said Kerr. Jordan Poole scored when the clock was running out.

The message everyone heard: Even without Curry in top form, the Warriors can beat Boston. Andrew Wiggins in particular had a strong evening and delighted the loud fans in the Chase Center both offensively and defensively. He scored 26 points, got twelve of his 13 rebounds in defense and two stolen balls. At the same time, he caused a brilliant déjà vu: In 1986 it was his father Mitchell Wiggins who led his team to victory in game five of the NBA Finals against the Boston Celtics. The only difference: Wiggins senior played for the Houston Rockets back then. From the Warriors' point of view, however, it should have been with the comparisons: The Rockets lost the final in 1986 against the Celtics. In addition, Mitchell Wiggins subsequently tested positive for cocaine and was suspended by the league for two and a half years.

Other Warriors also put in strong performances: Klay Thompson had 21 points, Gary Payton II had 15 and Poole had 14. "I can read this list in full - the whole squad did their part," Thompson said.

While the Warriors, tried and tested in the Finals, were able to be celebrated by the fans, the Celtics crept off the floor, dejected and frustrated. "It's about consistency for us and we don't have that for a whole game," criticized Celtics coach Ime Udoka, who again completely dispensed with national player Daniel Theis. Above all, the many - 18 - ball losses hurt the guests enormously. Golden State only had six. "We're all frustrated with tonight, but the good news is we've been in this situation before and we made it, so let's do it again," said Udoka. In the previous rounds, the Celtics were only one defeat away from the end and still made it into the finals.

However, after the defeat at the start, the Warriors are now very confident. "I've never been so excited to come to Boston," Thompson said.

1 Valuable scarce goods: In summer, blood is scarce... 2 North Rhine-Westphalia: Corona incidence in NRW jumps... 3 Mecklenburg-Western Pomerania: EUR 60,000 damage after... 4 Hesse: Sunny and warm days expected in Hesse 5 Bavaria: Two seriously injured after a collision with... 6 Baden-Württemberg: head of the transport association... 7 Eco-terrorism as a joke: Neubauer jokes about the... 8 "How to Kill Your Husband": Court sentences... 9 Mick Jagger is canceled with Corona: The Rolling Stones... 10 "Long fight against cancer": ex-Puhdys drummer... 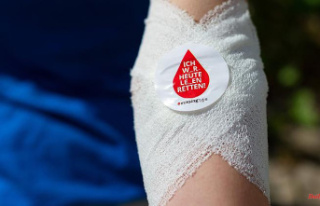