Max Eberl is said to come from BMG: RBL coach Marco Rose is waiting for his shadow 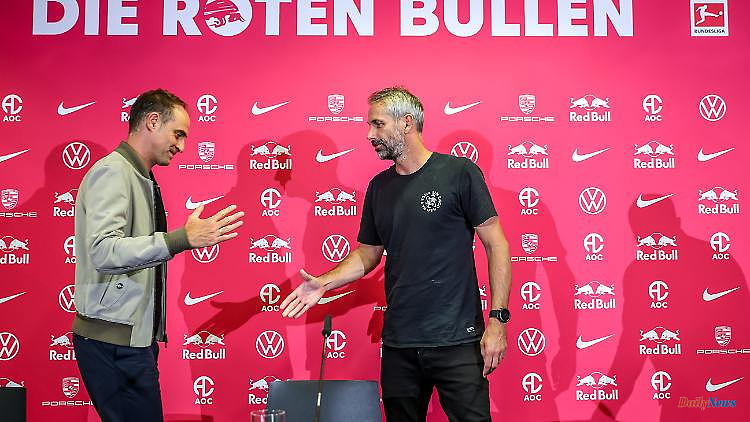 Bundesliga club RB Leipzig is in turmoil. The reigning DFB Cup winner has been working towards the first sacking of the season for a long time. The rapid descent from the top national teams did not catch the club unprepared, but despite the enthronement of coach Marco Rose, the search continues.

Marco Rose will continue to omit a sweet bedtime story for his daughter Maria. "She's 14," said the new coach from RB Leipzig, laughing at his "Ruckzuck" performance, "I can't put her to bed anymore. I'm not even allowed to go to her room all the time!"

Nevertheless: The young lady is also "super happy" and very proud that her father is finally training again in his birthplace and hometown. Even away from his family, Marco Rose doesn't want to be alone there for too long: As in the well-known kindergarten game "My right, right place is free", he wished Max Eberl would be there.

After the first questions about his great start with two reunions and the Champions League game at Real Madrid, the question about his former Gladbach manager came naturally. "It's an open secret that the club is trying to get him. I would be very happy if that worked," emphasized Rose: "Then I would have a man by my side who would do me and us good."

Because the CEO Oliver Mintzlaff and Eberl have not yet agreed on starting work, it will be Rose who has to shake up the unsettled team. Already in the duel with his ex-club Borussia Dortmund on Saturday (3.30 p.m. / Sky and in the live ticker on ntv.de), the 45-year-old, who has had a picture-book career in the Red Bull universe, wants to see new stability.

"That's the core task, to turn the mood around with a lot of energy and power and get results again," he said. However, stability does not mean putting yourself in the back: "We want to create it by putting more pressure on the ball in front." The game at Real and the explosive return to Gladbach follow.

The most interesting finding of his press conference, however, was the admission that there had already been contact with RB managers at the weekend - i.e. before the Champions League embarrassment against Shakhtar Donetsk (1: 4), which led to the end of his predecessor Domenico Tedesco. "Then the situation worsened," reported Rose, "it went in no time."

The new man was at the sister club in Salzburg, visiting old friends. Then Mintzlaff called, claiming it took less than five seconds to get the confirmation – Rose contradicted: "It was already ten to fifteen."

But there was hardly any doubt. Marco Rose lives in Taucha in the north-east of Leipzig. In the future he will have to drive 20 minutes by car to the training center via the B87. He doesn't only see an advantage in that: "I live in the city, I know the club, I know the quality of the squad." Definitely higher than the club's recent test-tube performances would suggest. Rose spoke of an exciting mix: "We have everything you need." He has already trained Dominik Szoboszlai or Amadou Haidara in Salzburg, from where professionals like to jump one group branch further.

In one thing, however, Marco Rose has to change: He is certainly often approached in the city, "people will come to me with their opinion, probably also to my daughter". If he's lucky, the teenager will tell him about it in the evening.

1 After allegations of incest: Ricky Martin is suing... 2 From application to repayment: seven clever tips for... 3 Baden-Württemberg: man is said to have choked his... 4 Hesse: Hesse welcomes the federal states’ new leeway... 5 Hesse: Study sees good opportunities for Hesse's... 6 North Rhine-Westphalia: Police operations: Ministry... 7 Baden-Württemberg: Woman is said to have cheated... 8 Baden-Württemberg: Appeal for peace at the end of... 9 Saxony: pair of wolves settles in the Marienberg area 10 Thuringia: heavy rain washed out railway tracks: train... 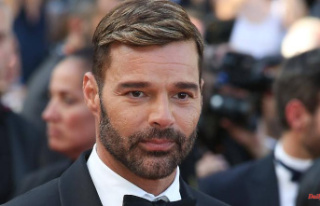 After allegations of incest: Ricky Martin is suing...