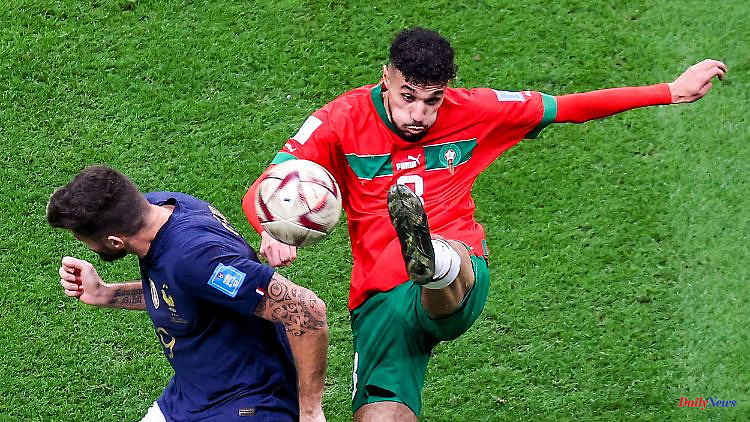 Cardiac inflammation put Bayern defender Noussair Mazraoui out of action for weeks. At the World Cup in Qatar, the Moroccan has Corona, but plays again shortly afterwards. Maybe too early? The German record champions want to work that out - and have to compensate for the loss.

The unexpected absence of Morocco's World Cup player Noussair Mazraoui in the first few weeks of the new year is keeping those responsible at FC Bayern Munich very busy. "We'll work out how that could have happened," said sports director Hasan Salihamidžić at the German soccer champions' training camp in Doha. "It is very bitter for us that we have to do without him because he is a very important player for us," added Salihamidžić. He even spoke of a "huge failure".

Full-back Mazraoui had a corona infection during the World Cup in Qatar, which forced him to take a break from the tournament. The 25-year-old, who played at left-back for Morocco, was absent from the quarter-final win against Portugal (1-0). In the semi-final against France (0:2) he played again, but only played 45 minutes. The tournament was then over for him. During an examination after the World Cup in Munich, an inflammation of the pericardium was found. Mazraoui should now fully recover from this.

"He gets the time he needs. You have to be very careful with an issue like this," said Salihamidžić. Bayern's head of sport in Doha refrained from publicly reproaching the Moroccan association. There was always "very good communication" between the team doctors of Morocco's national team and those of FC Bayern, he said. You will now do a health check at Mazraoui every week. There is no possible comeback date.

The professional, who came on a free transfer from Ajax Amsterdam last summer, had increasingly established himself as a right-back at FC Bayern before the World Cup. Now Benjamin Pavard should appear there again. The Frenchman arrived at the Bavarian winter camp in Doha on Saturday after his long holiday after the World Cup tournament and started training. On Saturday evening, after the team session, he did some progression runs.

Despite a valid contract until 2024, Pavard is said to be flirting with a premature change of club. The "kicker" reported on contacts with FC Barcelona. Salihamidžić said calmly about the Pavard cause: "Of course we will have talks. Benji is a very important player for us and we still have big plans together. As he told me, he feels very comfortable at Bayern." At the World Cup, the 26-year-old lost his regular place in the back right after the French team's first game. 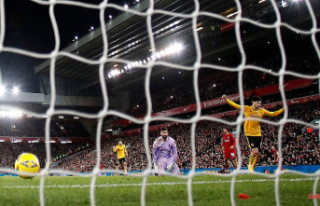