At the start of the 60th season of the Bundesliga, FC Bayern flexed their muscles: after just 45 minutes, the Munich team was leading 5-0 in Frankfurt. 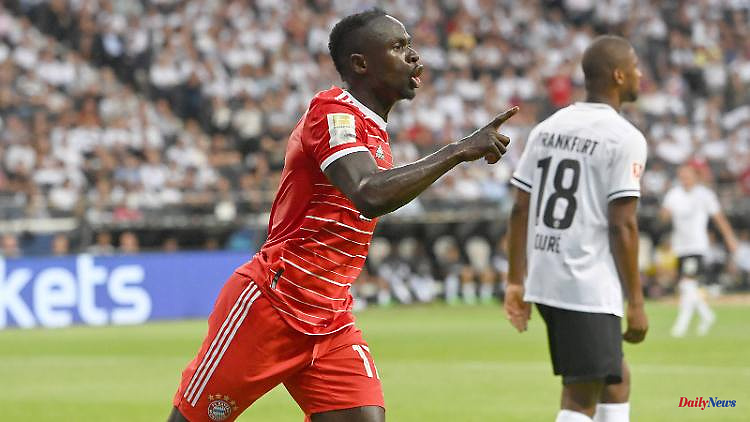 At the start of the 60th season of the Bundesliga, FC Bayern flexed their muscles: after just 45 minutes, the Munich team was leading 5-0 in Frankfurt. In the end, the record champions won in an impressive way against a completely overwhelmed concord.

Permanent champion Bayern Munich has opened the hunt for the eleventh championship in a row with an impressive demonstration of power and football close to perfection. Coach Julian Nagelsmann's team overran the hopeless Europa League winner Eintracht Frankfurt 6: 1 (5: 0) in the sometimes breathtaking opening game of the 60th Bundesliga season - and thus sent the first big exclamation mark to the competition.

Nagelsmann's eleven gave the Hessians a painful beating before their duel with Real Madrid on Wednesday (9 p.m. / RTL and DAZN) in the UEFA Supercup in Helsinki. World Cup hero Mario Götze remained ineffective in the Eintracht dress.

Thomas Müller called for "a new dose of happiness" from his team for this season. Nagelsmann also underlined the ambitions. "I can tell across the club that we're hungry for more," said the 35-year-old. To do this, he sent Mané, a newcomer, onto the field from the start, while the second top transfer Matthijs de Ligt was initially on the bench.

After 89 seconds, the Senegalese missed his first big chance with a header from a corner in front of national coach Hansi Flick and DFB President Bernd Neuendorf. But the next standard was set, Kimmich surprised the bad-looking Kevin Trapp with a free kick from 30 meters around the wall. Bayern, who were bursting with enthusiasm even without Robert Lewandowski, dominated the encounter as they pleased.

When Müller tried (9th), Tuta saved for Trapp, who otherwise had no chance, then Pavard dusted off a corner. Out of nowhere, in front of 51,500 spectators, the winner of the Europa League then announced himself offensively in the full-throttle game. Tuta headed off the crossbar after a corner, Jesper Lindström (26') shot just wide of the left in front of Neuer Centimeter, who had recovered from gastrointestinal problems.

But apart from these pinpricks, the Hessians were hopelessly overwhelmed and always came a step too late for their physical game. Mané hit his head, Musiala only had to put his foot down after a dream combination on the five - Gnabry also had no trouble alone in front of Trapp. And Bayern could have scored even more goals, Müller with a slapstick insert (23rd) and Musiala (27th) and Mane (33rd) each failed on aluminum.

Coach Oliver Glasner made three changes at the break - and his team stabilized significantly. But that was also because the defending champion took his foot off the accelerator. Although the Munich team continued to combine well, they were now lacking in determination. Instead, Muani scored after Schnitzer von Neuer. FCB newcomers Ryan Gravenberch, Mathys Tel, de Ligt and Noussair Mazraoui also made their debuts in the second half. 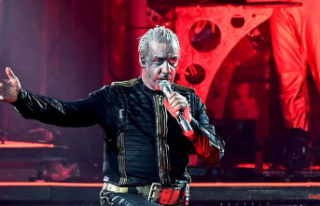