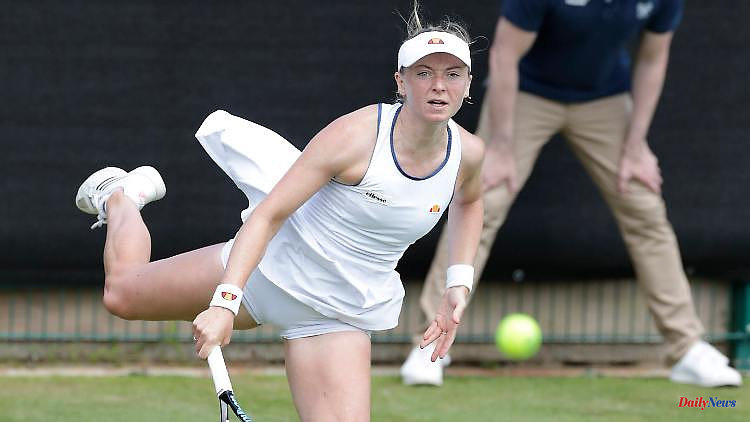 Abdominal cramps, mood swings, stress on the body: Menstruation drains many women. But athletes still have to perform. Another factor comes into play during Wimbledon: the white playing attire. Alicia Barnett introduces a rule change.

Unfortunately, the way athletes deal with their periods during a competition is still mostly taboo. British tennis player Alicia Barnett has now spoken openly about the strain during the Grand Slam tournament in Wimbledon and brought up a change to the strict rules for white clothing. "Some traditions could be changed," Barnett told the British news agency PA. She thinks the Wimbledon custom of wearing white is great, and the players dealt with it very well. But Barnett stressed: "Having your period during games is difficult enough, but then wearing white isn't easy."

She thinks it's great that this discussion is now happening, said the 107th in the double world rankings. "Why should we be afraid to talk about it? I know men aren't afraid to talk about a lot of things," Barnett said. She hopes the taboo will continue to be eased by players talking about it. This could also lead to funding for training methods more geared towards women.

The 28-year-old spoke openly about her experiences. "During qualifying I had my period and the first few days were really tough, I was pretty stressed out by it," said Barnett. That definitely affected her game. "Your body feels looser, your tendons are loosening up, sometimes you feel a lot more tired, sometimes your coordination feels really bad, and I feel really down and I'm having a hard time motivating myself." Try to play good tennis. "But it's really difficult when you're menstruating and you're feeling bloated and tired."

Barnett met American Verena Williams and Briton Jamie Murray alongside her compatriot Jonny O'Mara in the round of 16 of the mixed competition on Sunday. The Chinese Zheng Qinwen said after her round of 16 at the French Open that she could not show her best performance because of menstrual problems. 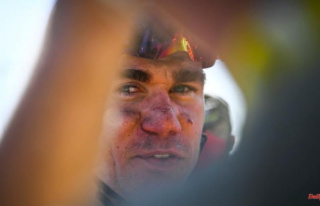