Charles Leclerc successfully limits the damage from the last row on the grid. 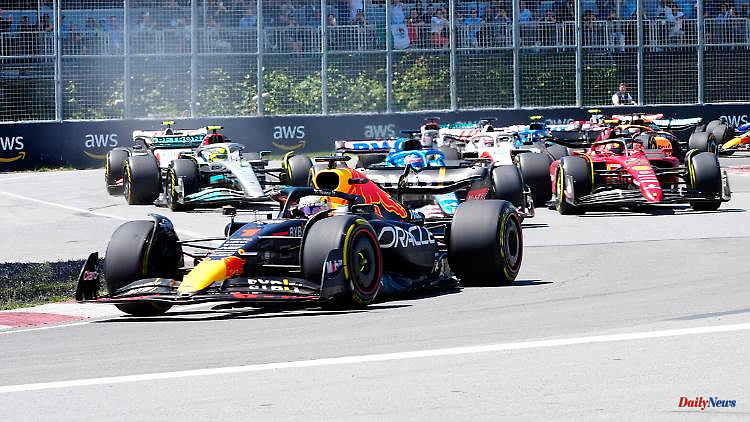 Charles Leclerc successfully limits the damage from the last row on the grid. Nevertheless, the Ferrari driver continues to lose points to Max Verstappen in the fight for the Formula 1 World Championship. The Red Bull driver wins the Canadian Grand Prix, which ends very bitterly for Mick Schumacher.

World champion Max Verstappen continued to outperform his World Cup pursuers in the Montréal Formula 1 crime thriller. The Dutch Red Bull star won the Canadian Grand Prix from pole position, just ahead of Carlos Sainz in the Ferrari and Lewis Hamilton. After third place in Bahrain, the record world champion made it back onto the podium for the first time in the hobbling-plagued Mercedes. "Ferrari was fast, that was really exciting at the end, it was really fun," said Verstappen. Sainz was less than a second away from victory. "I tried everything," said the Spaniard, "I also came close, but it would have taken a bit more to overtake."

On the other hand, World Cup runner-up Sergio Perez in the second Red Bull retired early with a defect. Charles Leclerc, third in the World Championship, still made it to fifth place with his Ferrari from the last row after a grid penalty, but also lost further points.

He also benefited from the early exit of Mick Schumacher, who, due to a defect in the Haas, has to wait for his first points in the premier class of motorsport even after the best qualification of his career. On lap 20 he coasted down with his broken car. "I think today would have been the day," he said about the long-awaited finish in the points. Sebastian Vettel did not get past twelfth place in the Aston Martin. Verstappen now leads the rankings with 175 points in front of Perez (129) and Leclerc (126).

When the red lights went out in front of full ranks on the Circuit Gilles Villeneuve after two years of the Corona compulsory break, Verstappen defended his second pole position of the year quite easily. Fernando Alonso did not attack in the Alpine, a podium is not realistic, he emphasized in advance. Until then, the 40-year-old Spaniard had been on the front row for the last time ten years ago. In 2012 he started the German Grand Prix at the Hockenheimring from pole - he had won the race.

Verstappen in the lead, followed by Alonso and Sainz. Mick Schumacher immediately lost a rank. A second followed already in the hairpin bend, when the later fourth George Russell passed in the Mercedes. Leclerc tried to work his way up the field, but that initially proved difficult for the Monegasque, who had to start from 19th place on the last row due to various new engine parts.

Perez also had to catch up, who had put the car in the barriers after a driving error in the knockout elimination and only finished 13th. But the overtaking tour of the Mexican Monaco winner was quickly over. "We think it was a problem with the gearbox," said team boss Christian Horner. "It hurts extremely," said Perez.

As a result, the potential wingman for Verstappen, who quickly used the virtual safety car phase to change tires, also fell out. Back on track, he quickly grabbed Alonso. At the top, however, was Sainz, who, like Leclerc, had been stopped by an engine defect in Baku a week ago. And Hamilton also held up splendidly, like Verstappen, had the tires changed.

It all seemed decided until Japanese Alpha Tauri pilot Yuki Tsunoda took off. The safety car had to come out, Sainz came in straight away. With fresher tires, the Spaniard put a lot of pressure on Verstappen on the final laps. However, the Dutchman made no mistakes and clinched his sixth win of the season. 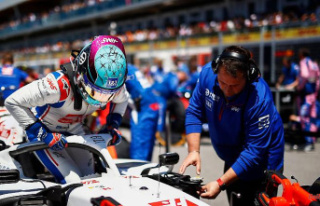 From seventh place to the emergency exit: Schumacher's...