Erling Haaland makes short work of FC Copenhagen early on, as can hardly be expected otherwise. 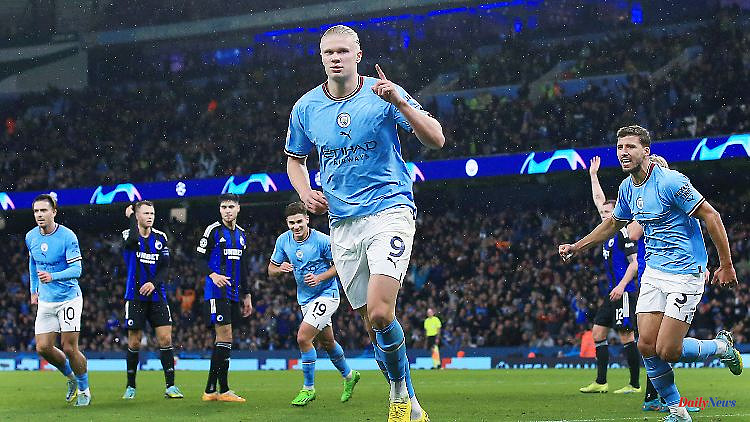 Erling Haaland makes short work of FC Copenhagen early on, as can hardly be expected otherwise. After two hits in 45 he is substituted. Benfica Lisbon drew despite PSG, Real Madrid and Juventus Turin narrowly won. Chelsea show Milan the limits.

Defending champions Real Madrid and English champions Manchester City are going into the second half of the group stage in the Champions League after winning their third preliminary round with a clean sheet. Real won 2-1 (2-1) against Shakhtar Donetsk and Manchester even 5-0 (3-0) against FC Copenhagen with another brilliant Erling Haaland.

As the next title contender, Paris St. Germain dropped points for the first time. At the traditional Portuguese club Benfica Lisbon with the German coach Roger Schmidt, the star ensemble did not get beyond a 1-1 (1-1). Meanwhile, the former Champions League winners Juventus Turin (3-1 against Maccabi Haifa) and FC Chelsea (3-0 against AC Milan) and RB Salzburg with their German coach Matthias Jaissle (1: 0 against Dinamo Zagreb).

Three days after losing their first points in the championship, Real presented themselves well recovered without the resting international Antonio Rüdiger. The Brazilians Rodrygo ((13th) and Vinicius Junior (28th) set the course for the team of ex-world champion Toni Kroos to win in the duel of the group opponents of the cup winners RB Leipzig. Donetsk only reduced the gap before the break by Olexander Subkov (39 .).

In Manchester, the Norwegian striker Erling Haaland delivered another gala performance. The ex-Dortmunder increased his track record for national player Ilkay Gündogan's team against Copenhagen with a brace (7th and 32nd) to 19 goals in twelve competitive games so far. The other goals for the Citizens came from an own goal by Davit Chocholawa (39th) and after Haaland was substituted before the second round by Riyad Mahrez (55th, penalty kick) and Julian Alvarez (76th).

In Lisbon, after the PSG leadership by superstar Lionel Messi (22nd), everything initially went according to plan for the French guests. Four minutes before the break, however, Benfica equalized through a Danilo own goal.

In the same Group H, Juventus kept their chances of the round of 16 with a less than brilliant victory against Haifa, who were still pointless at the bottom. Adrien Rabiot (35th) and Dusan Vlahovic (50th) carry for the "Old Lady", another goal by Vlahovic was disallowed for offside. In the end, the home side even floundered for a short time after Maccabi's goal from Din David (75') and Rabiot's second goal (83').

Wesley Fofana (24th), ex-Dortmund player Pierre-Emerick Aubameyang (56th) and Reece James (62nd) brought the former team of German coach Thomas Tuchel to Chelsea's Stamford Bridge, with national player Kai Havertz only 16 minutes before the final whistle came into play, back in the race for victory in Group E. Milan suffered their first defeat of the current Champions League season. In the same group, Salzburg got their first sense of achievement with a penalty from Noah Okafor 19 minutes before the end of the game. 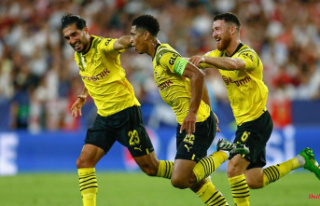