Paris St Germain have dominated Ligue 1 at will so far, crushing every opponent in impressive fashion. 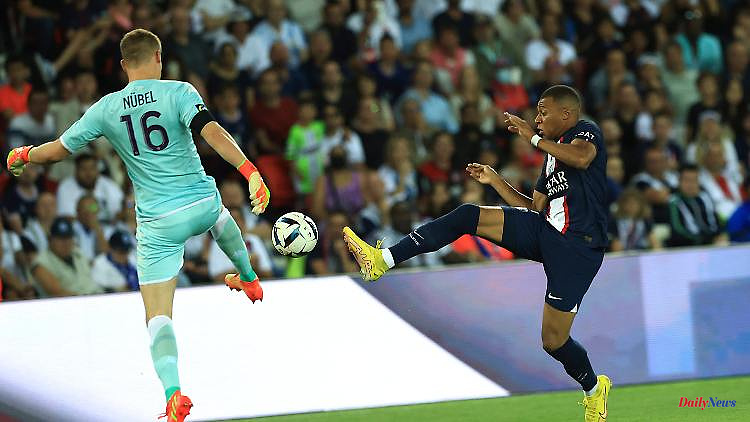 Paris St Germain have dominated Ligue 1 at will so far, crushing every opponent in impressive fashion. But not AS Monaco, which is proving to be surprisingly resilient. Goalkeeper Alexander Nübel is the celebrated man, striker Kevin Volland the tragic hero.

At Paris St. Germain everything should be different this season. Everything better. Means: The handle pot should come. The bosses have proclaimed a new philosophy for this. Money should no longer rule in the squad, but greed for this PSG project. Only those who can fully identify with the task should appear in red and blue. It's great for the club that almost all the stars are known to PSG with their well-endowed working papers. And that's how the conversion went, or is going, rather one management floor down. Julian Draxler is one of the "victims", he should definitely go, otherwise he is threatened with reserve missions in league five. That would be the final nail in his coffin for his World Cup ambitions. Thilo Kehrer is also one of the surplus, he moved to West Ham United.

But stars like Kylian Mbappé, Neymar and Lionel Messi stayed. And they seem to have understood that the Qatari bosses are serious. On the first three days of the season, this ensemble waltzed insatiably through the league. Among other things, OSC Lille was crushed 7-1 away from home last week. The impressive goal difference was 17:3 before AS Monaco presented themselves on Sunday evening. With keeper Alexander Nübel and striker Kevin Volland. It was a bitter evening for PSG, and for Volland as well. Only ex-Schalke Nübel was able to advertise himself again after his last blunder against Lens (at 1: 4) in the turbulent 1: 1 against the luxury ensemble.

Actually, the Monegasques don't do much together this season. On the way to the Champions League, the team failed at PSV Eindhoven and in the league before that there was one win, one draw and one loss. But on this Sunday evening that didn't matter. The AS acted snappy and concentrated. New signing Mo Camara, who came from RB Salzburg, won the ball after 20 minutes after a strong tackle. The ball landed at Volland via Aleksandr Golovin, who put himself in front of defender Presnel Kimpembe with a clever run and was unstoppable on his storm to the goal. Not even by Gianluigi Donnarumma. What a strong move by the striker, who is no longer the first choice after signing Gladbach's Breel Embolo and played for the first time in the league.

But then the bitter news. The 30-year-old injured himself so badly when he shot from the edge of the penalty area that he had to be substituted. The ankle injury was "serious," said Monaco coach Philippe Clement later. It is expected that Volland will be out for "at least a few weeks". Bitter, because the striker was not only a formative player for his team because of the goal. Among other things, he led numerous tough duels, often with a successful outcome.

Monaco didn't let that deter them, stayed focused and courageous. But came under increasing pressure after PSG shook off their little arrogant fit. Annoyed looks after botched passes, no willingness to counter-press, even less interest in defensive work - actually things that are no longer desired around the Prinzenpark. But then PSG moved on, in the 43rd minute an overhead kick by Sergio Ramos crashed, seconds later Messi and Mbappé's shots hit the post. Particularly curious: Mbappé pressed the rebound of his Argentinian colleague from a very short distance against the aluminum.

The pressure remained high after the break, but Monaco remained stable. It took a penalty to Neymar to crack not only the collective but also Nübel. The Brazilian took care of himself after a foul and converted confidently. It was his twelfth scorer point (!) this season! Previously, the German keeper, who is on loan from FC Bayern and is still hoping to succeed Manuel Neuer, made a world-class save against Neymar. And just before the end he prevented the deficit with a strong, albeit unusual, chest save against a powerful shot from Mbappé. They were his two best of numerous saves. "All in all, I think it was a good game for us. We could have won this game, but in the end the draw is okay," said Nübel. PSG remains leaders. Monaco in 12th place in midfield.

1 It's not about the "Rust" tragedy:... 2 Duchess talks about skin color: Meghan only "treated... 3 After appearance at MTV Awards: Ex-sister-in-law calls... 4 Savings potential for consumers: if the VAT for electricity... 5 Five options: When the Riester pension is paid out 6 Some say this: Are naps good or bad for your health? 7 Thuringia: Mixed harvest in Thuringia 8 Bavaria: Beginning of autumn in summer: Deciduous... 9 North Rhine-Westphalia: U19 international Amyn moves... 10 Baden-Württemberg: DRF train "from pedestrian... 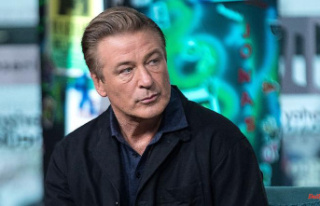