More of a training than a duel for the title: Alba Berlin breaks up weak FC Bayern 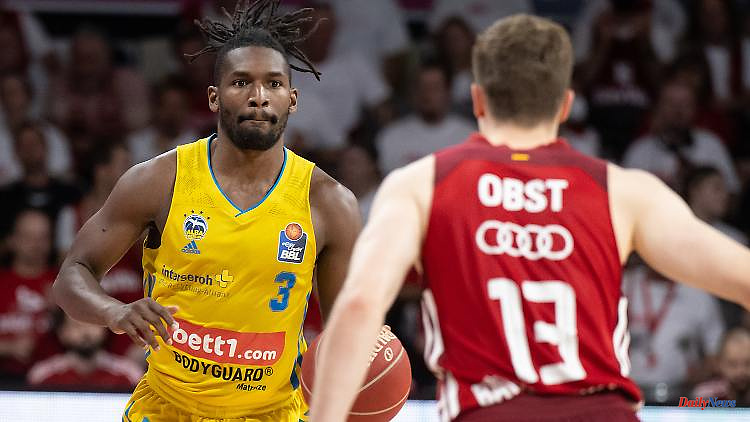 Alba Berlin impressively marches through the BBL basketball final and also wins game two against Bayern Munich. With an interim demonstration of power, the capital club is expanding its mega series and is about to win the title hat-trick.

The German basketball champion Alba Berlin is still one win away from the title hat-trick in the basketball Bundesliga. Coach Israel Gonzalez's team won 71-58 (38-26) at Bayern Munich, their 19th game in a row. In the best-of-five series, the capital club increased to 2-0. In a very fast-paced but often error-prone game in Munich's Audi Dome, Maodo Lo and Jaleen Smith, each with 13 points for Alba, and Munich's Deshaun Thomas, also with 13 points, were the most successful shots.

"We played very well, but it's only a stage win," said Berlin's Oscar da Silva at Magentasport. The most important game is now on Friday and it would be nice to be able to close the sack then. "We want to treat our home crowd to it," said the 23-year-old. Munich coach Andrea Trinchieri struggled with the first half in particular. "We had a very bad first half going forward. We tried a few things in the second half but it definitely wasn't enough." Alba deserved to win. "You were better." Trinchieri didn't want to lose the championship just yet: "Never stop fighting."

Munich's managing director Marko Pesic actually wanted to get the necessary push from the stands - but without the injured leading player Vladimir Lucic, his team botched the start completely and was quickly 2:7 behind. After there had been a festival of three in game one, both teams failed several times from distance in a confused early phase. The fact that Alba was only leading 18:16 at the end of the first quarter was due to their own lack of concentration on the offensive. In front of the eyes of Bavaria's honorary president and noble fan Uli Hoeneß, Trinchieri gesticulated in the usual way in anger.

As a result, teams' completion rates remained weak. Alba defended cleverly without provoking fouls. The energy storage of the Munich team seemed to have been used up after the exertions of the past few weeks. Berlin's Oscar da Silva increased the lead to 24:18 with a remarkable dunk in the middle of the second quarter. Alba coach Gonzalez now saw a variable game from his team, which increasingly benefited from mistakes made by the home side in the build-up game. National player Maodo Lo ensured the deserved 38:26 break with a lay-up.

After half-time and a hearty speech by Trinchieri, the Munich team fought at eye level in the first few minutes. Andi Obst's first three at 33:44 caused a big tremor in the sold-out arena. But stubborn Berliners were unimpressed and combined at will in the direction of the FCB basket. After a temporary 17-point lead, the game looked like a Berlin training game and not like a championship final.

Driven by their home crowd, the Munich team tried to release their last reserves of strength in the final sprint. But the mortgage from the first quarters was too big. Last year's champion from the capital brought the comfortable lead over time and can already become champion with a win in game three. 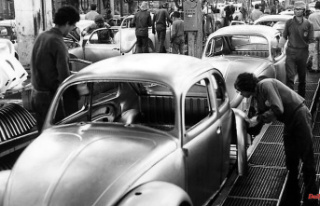 Group active in the meat business: Hearing on possible...