At just 15, Kamila Valieva led the Russian figure skating team to a gold medal at the Beijing Olympics in February. 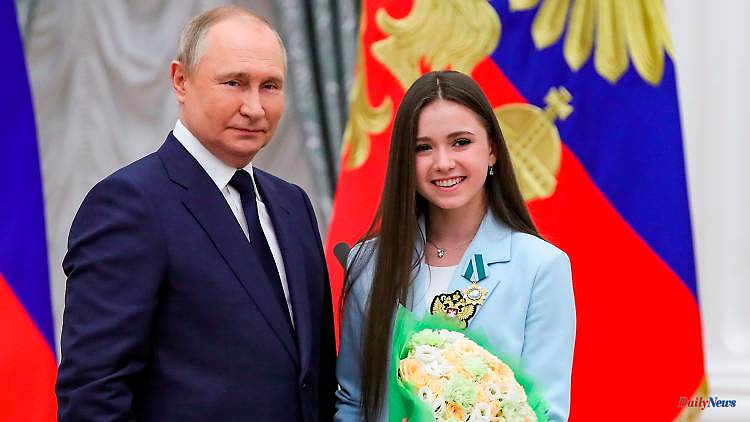 At just 15, Kamila Valieva led the Russian figure skating team to a gold medal at the Beijing Olympics in February. But since then the young girl has been surrounded by a dramatic doping posse that is now threatening to end up in court.

The Beijing Winter Olympics in February were overshadowed by the drama surrounding young Russian figure skater Kamila Valieva. The then 15-year-old first led the team to gold before she broke down in the individual under the burden of a positive doping test. The images of the overwhelmed girl and her ice-cold trainer Eteri Tutberidze went around the world - and caused debates about the ruthlessness of the system.

In the past few weeks, it had become quiet around Valieva, who had been publicly comforted by President Vladimir Putin after the games at home. Russia wanted to counteract the impression that the 15-year-old was simply being dropped. Like so many girls before who hadn't done what was expected of them on the ice. This week the Valieva name came up again - and her doping case is now back in the spotlight.

As the Russian anti-doping agency RUSADA announced, it has now completed its investigation and will soon begin hearings. The authorities left open the results of the investigations. The head of the US Anti-Doping Agency, Travis Tygart, believes that the move does not bode well for the athlete. "It looks like the RUSADA investigation is over and the case is now going to court. That means they must have found solid evidence of a violation," he told USA Today. "Otherwise they would have closed the case and notified WADA of their right to appeal."

The banned metabolism modulator trimetazidine was discovered in a doping sample taken by Valieva on December 25, 2021. However, the sample was only evaluated on February 8 - one day after the Russian Olympic Committee (ROC) won Valieva in the Olympic team competition. The medals in this competition have still not been awarded. Mainly because, according to experts, Russia is unnecessarily delaying the processing of the doping case.

Tygart is also appalled by the actions of the Russian authorities. "Delaying justice after the Winter Games for so long has deprived the other athletes of their medals and there is no end in sight," he lamented. The head of the US Olympic Committee, Sarah Hirshland, takes a similar view. The US was in second place behind Russia and is particularly affected by the delaying tactics.

"It remains an outrageous situation," Hirshland denounced. "RUSADA has announced that there will be disciplinary hearings. That's all we know. I don't have any details." The US side expects the case to drag on for years. If only because it is considered certain that the losing side - be it Valieva in the event of a conviction or the World Anti-Doping Agency in the event of an acquittal - will ultimately go before the Court of Arbitration for Sport (CAS). "We're facing the potential situation that it won't be resolved by 2024. That's awful," predicted attorney Paul Greene, who represents the US figure skaters.

(This article was first published on Saturday, September 17, 2022.)

1 "Ekat" had "weak knees": "Let's... 2 Tears in the "Summer House of the Stars":... 3 Even before the coronation: Charles III. faces great... 4 He was surprised himself: Jauch has something to do... 5 Ugh, spider!: Uninvited guest climbs onto the Queen's... 6 Saxony-Anhalt: Saxony-Anhalt diesel network put out... 7 Baden-Württemberg: Modern local history: First nature... 8 Saxony-Anhalt: Museums should look more at colonial... 9 Baden-Württemberg: Five injured after the collision:... 10 Bavaria: More shopping: Outskirts benefit from Corona 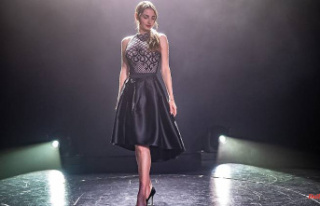