The Los Angeles Lakers are close to winning their sixth game in seven games. 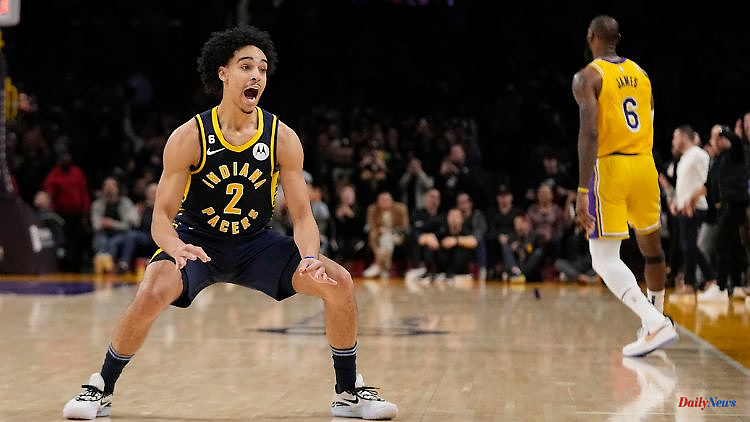 The Los Angeles Lakers are close to winning their sixth game in seven games. Against the top team Indiana Pacers, the team around Dennis Schröder and superstar LeBron James is long in front and is still making long faces when the clock runs out.

The Los Angeles Lakers gave up their sixth win in the last seven games in the very last second. In the 115:116 against the Indiana Pacers, the NBA record champion with national basketball player Dennis Schröder gambled away a 17-point lead in the last quarter. Andrew Nembhard's shot to the win with the clock running out was the only Pacers lead of the second half. He was released at the three-point line, Lakers superstar LeBron James was a step too late. What a scene, what a joy, what a relief. Coach Rick Carlisle's team now has 12 wins and is fourth in the Eastern Conference.

Playmaker Schröder started again after a long injury break and recorded eight points, four assists and three rebounds. The best pitcher of the game was Anthony Davis with 25 points. LeBron James had 21 points, while Tyrese Haliburton was the most successful with the Pacers with 24 points. The Lakers tweeted after the Last Second shock: "Heartbreaker".

"We didn't get any more rebounds on defense and we didn't move the ball on offense. We played way too slowly," said Schröder about the slump in the final minutes. "It's one of the worst defeats of my career. (...) You can't give that up in any league, it's unacceptable. We screwed that up."

Moritz and Franz Wagner, on the other hand, had to accept their fifth defeat in a row with the Orlando Magic. In the 102-109 win over the Brooklyn Nets, Franz Wagner scored 21 points, breaking the 20-point mark for the twelfth time this season. His brother Moritz had two points, five rebounds and an assist for Orlando. The outstanding player on the host side was superstar Kevin Durant, who had 45 points, seven rebounds and five assists.

At the top of the Eastern Conference, the Boston Celtics clinched their 17th win of the season by beating the Charlotte Hornets 140-105. Jayson Tatum recorded 35 points for the Celtics. The top teams in the West also claimed victories. League leader Phoenix Suns beat the Sacramento Kings 122-117, while the Denver Nuggets beat the Houston Rockets 129-113. 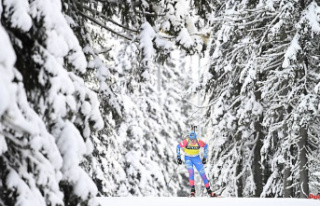 Start of the Biathlon World Cup: Russians and Belarusians...