National coach Hansi Flick did not like the tough draw at the start of the Nations League against Italy. 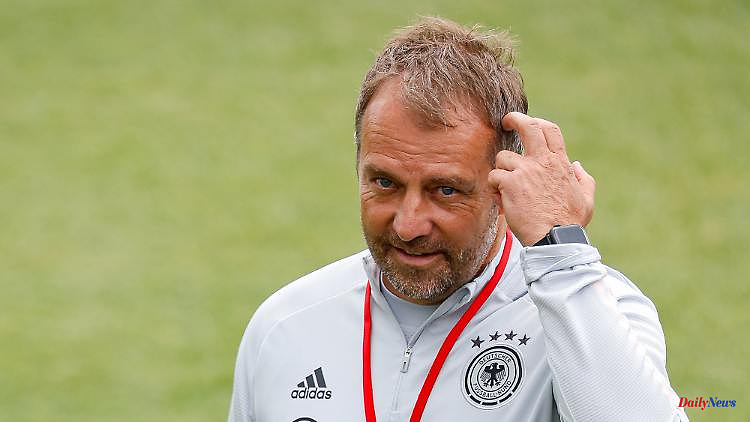 National coach Hansi Flick did not like the tough draw at the start of the Nations League against Italy. He formulated a very clear criticism. With a little distance, he also sees positive things and defends two stars who have been heavily criticized.

Leroy Sané tried a lot against Italy. He had little success. Timo Werner also worked a lot but could hardly produce anything that would give a striker Gloria. Once again, the big discussions in the national team revolve around the form and importance of the two players. Leroy Sané is proclaimed a riddle, and Timo Werner is asked what he actually gives the team? The national coach took up the criticism of his offensive duo after the tough 1-1 at the start of the Nations League in a media round before the second tournament game against England and gave vehement defense speeches.

Flick confessed to having "absolute trust" in Sané. For Germany he could be a difference player. Just as he had been for FC Bayern in the first half of the season. But in the words of the coach, the subjunctive also resonated. Of course, Flick knows that the winger is once again in a difficult phase of his career. The phase can also be called a crisis. The coach therefore takes special care of the footballer. It's about knowing what the player might be worried about privately and how Sané feels comfortable in his position. He has "tremendous qualities" as a player. However, it is always crucial for him to "show the willingness to be active" on the pitch. The often resigned body language is probably the key word. Flick emphasized: "It's our turn, we will support him."

Against England there will be some personnel changes compared to the Italy game. As usual, the coach did not name names. Of course it could hit Sané. Just like Werner. First replacement for Chelsea striker: Kai Havertz, same club. In Bologna, the 22-year-old took on the role of joker and scored. His vehement effort paved the way for Joshua Kimmich to make it 1-1. Flick took the question of a change at the top as an opportunity to defend Werner. "Timo is a bit underestimated," says the coach, praising the 26-year-old's readiness. He does an incredible amount for the team, creates important spaces.

Who starts in the first duel with the English since the bitter end of the European Championship last year and who doesn't, makes Flick a state secret. However, speculation is allowed. Premier League star İlkay Gündoğan is pushing into the team. The man who often makes the difference at Manchester City is probably the most prominent case of hardship in the German team. Because the Bavarian power duo Leon Goretzka and Joshua Kimmich are in their preferred positions six/eight. However, it is quite possible that substitute Gündoğan will now join the team for Goretzka. It would be a decision for more strategic skill and less dynamic. He himself takes his role as a case of hardship with humor: "You can also see it in the way that the coach then corrected it again (his substitution). I'm aware of my role and of course I always want to play - here and at the club."

The lack of momentum was a big issue against Italy. Because she was missing. At least over a long stretch of the game. Which was also due to the choice of full-backs. Thilo Kehrer and Benjamin Henrichs hardly did anything for the offensive and didn't look safe in their core area either. Unlike Jonas Hofmann and David Raum. Substituted late, they noticeably enlivened the German game. A game against England? More likely. Flick admitted that he may not have made the perfect choice against Italy. "We coaches always have to question what we did and didn't do right so that we can do things better next time." And otherwise? No surprises to be expected. What Flick expects meanwhile: that his team will do things better. With the difference of two nights, he sounded much more optimistic than in the evening in Bologna.

Immediately after the game, he complained that his players had lost their rhythm after a decent start. That the team let themselves be fooled, that they didn't have enough speed and made far too many mistakes. It was an alarming verdict. Which he now clearly put into perspective. So he praised the good reaction after the Italian leadership. "After the 1-0 we had 28 touches, the first from Italy was after the equalizer at kick-off. Then we had a direct chance to make it 2-1. We showed the team what we need to do better. It's important that we go into the game with a good feeling."

And not with bad memories. With memories of the surreal 1:5 in the last duel of the giants in Munich 21 years ago. At the Olympic Stadium, Carsten Jancker (what times!) put Germany ahead in the 6th minute before a mini tornado named Michael Owen swept over the Bavarian capital. The Liverpool legend scored three goals (1-1, 1-3, 1-4), while Steven Gerrard and Emile Heskey also scored. In England, a journalist reported, this is still an issue. And in Germany? "That was 21 years ago, when many players weren't even born," said Flick. "I was still a coach in Hoffenheim in the Oberliga. For me, that's in the past. What's important to me is what's happening right now."

With England, a completely different opponent awaits Germany. One that comes extremely over physicality and a very high intensity. Something that the DFB team missed more and more as the game progressed, also due to the fact that the players at club level now have to start up faster than usual after the end of the season. "Against England it's extremely important that we counteract it," warned Flick. "Especially in the Premier League, football is very physical. Harry Kane is a world-class striker, he has a hand in 90 goals. The English have a lot of outstanding players in their ranks." Of course, that also applies to your own team. All 26 players took part in the final training session. Only one is out of the question again: Marco Reus. After his infection, he was only an issue for the game against Hungary. 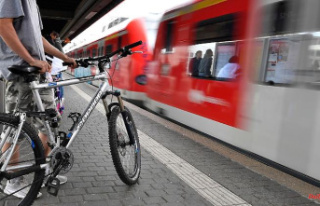